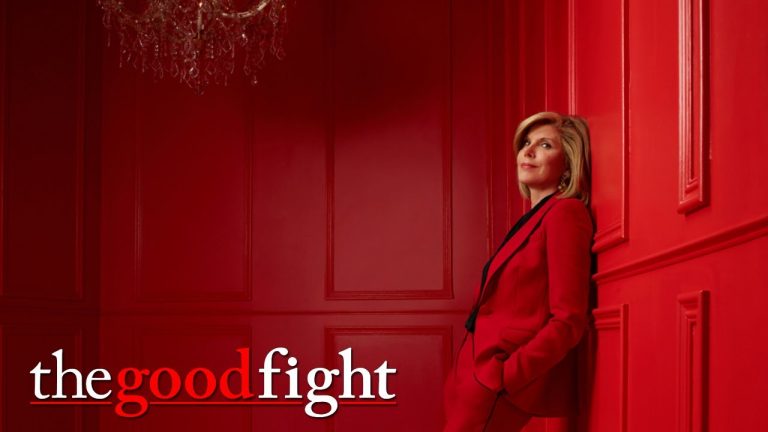 The Good Fight Season 4 episode 4 is all about parodies. Yeah, the content may seem ludicrous at times. But those of us who watch it regularly, let’s admit that it’s one of the best things on TV, things that we seem to thoroughly enjoy. And in times like these, ain’t no show ridiculous enough to be skipped. It is created by Robert and Michelle King. Executive vice president of original content at CBS All Access, Julie McNamara, has always maintained that The Good Fight continues to be an original flagship series for the service.

As of now, the gang is busy in the follow-up of a case from a former divorce client. In between all this, the gang discovers that they are a part of a parody– a satirical play, to say the least. The Good Fight airs its episode 4 ‘The Gang is Satirized and Doesn’t Like It’ in a couple of hours ago, and there are plenty of highlights on the promo of this episode. We’ll cover not only the highlights of the said episode but a detailed explanation of what’s happened and why it happened on the show. But first, let’s go through the basic details.

‘The Gang is Satirized and Doesn’t Like It’ airs tomorrow–May 7 on CBS. The previous episode was called ‘The Gang Gets a Call from HR.’ The official synopsis of episode 4 states that Duncan Herz, who is a former divorce client, is going to seek the firm’s help. This is going to happen in relation to the fresh play that’s happening in Chicago. But the story doesn’t end here. It’s not just about the divorce client but the whole story is going to have far-reaching repercussions and ramifications for others on the show. The synopsis further states that Diane will try and dig deeper into Memo 618. This means that the missing case about this memo will lead to something more complicated than the synopsis says–we are talking about the corporate overlords STR Laurie, who are going to be involved in the whole mess.

The Good Fight, the episode is surely going to be a fun one, since the word ‘parody’ is hyped a lot. It says that in the stage play of these lawyers, things will get heated. Reddick, Boseman & Lockhart will find themselves part of a serious mockery. There will be roasting like no other. The play will make fun of the firm. It isn’t an ideal scene for anyone. But it sure is a stark reminder of the fact that the team is in much more roasting than they actually signed up for. Be sure that these lawyers will not enjoy being made fun of, come what may.

Let’s divulge into the details of this play. The satiric play, that is based in Chicago, is going to be talking about divorce. Whose divorce? Duncan Herz’s (Jeremy Holm). As you may know, he was the firm’s ex-client and his personal life is no big secret. Therefore his dirty laundry will be publically exposed. We know that Duncan’s case was handled by Reddick, Boseman & Lockhart. The play isn’t kind of Duncan who claims that it is based thoroughly on his personal life. This episode is going to be like no other in its coverage of the satire. It appears that most of the firm’s members will be scandalized by the content of this play. But David Lee (Zach Grenier) will be having the most fun. Everyone knows what a sport David is. If not him then who would enjoy himself in the course of this play. It remains to be seen how far this former client will go to prove this claim that his embarrassing little secrets are made fun of and brought out in the open.

There’s an onstage blond actress that is part of this play, as per the promotional clips. Our best guess would be that this actress is Diane. She’s dressed boldly– on latex costume that is black in color. Meanwhile, the trio Reddick, Boseman & Lockhart appears happier than ever. We are pretty sure that Diane is going to go into detail about Duncan’s dirty linen–his affairs and meetings.

The Good Fight debuted on CBS All Access in February 2017. It is a spin-off of the show The Good Wife that aired for seven straight seasons on CBS (2009-2016). The show aired briefly after Trump took office–Season one aired in February 2017. Season two aired on March 2018 and season three in March 2019. The show has been very vocal in portraying the emotions of what most Americans feel about the state of their polity. Through its satirical tone, it captures the hearts of average Americans. Events from the past 3-4 years seem to be the center of coverage in The Good Fight.

The Good Wife traces Diane Lockhart (Christine Baranski) after a huge Ponzi scheme evicts her from Lockhart, Deckler, Gussman, Lee, Lyman, Gilbert-Lurie, Kagan, Tannebaum & Associates. The show was originally supposed to be a legal drama. But it took a different path. It evolved from a legal thriller into a political satire. Over four seasons the show has been pretty vocal in the criticism of President Donald Trump. Time and again, The Good Fight reminds us of West Wing.