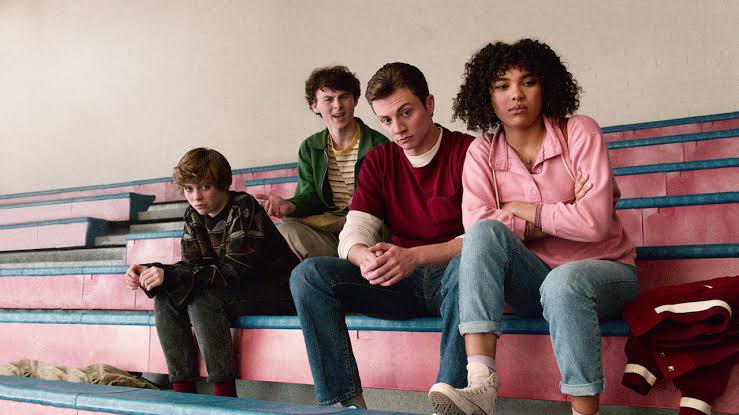 Before we begin, please note this post may contain official spoilers from the previous episodes of I Am Not Okay With This Season 1 and the upcoming Season 2. If being spoiled is not for you, I suggest that you stop reading the post here. However, if spoilers don’t bother you, we can get started. Also, note that we did not create the spoilers or leak them.

I Am Not Okay With This Season 2 Release Date

So, what was this cliffhanger? Sydney’s Superpower is all that the fans are talking about right now and are hoping to see more of it in the next season, but there is absolute no certainly that the show will be renewed. This is confirmed by the producer of the show recently. In an interview, he revealed that Netflix has a very strict rule regarding the renewal of the TV shows. This policy or rule, whatever you want to call it, is that they calculate the completion ratio. Let me explain this completion ratio thing to you. It calculates the people who start to view a show and compare it with who didn’t leave watching the show right until the end.

Thus, in this way, they ensure that if the show is renewed, it is surely going to be a huge success. Popularity also plays a huge part in renewing the show. The more popular the show, the more views Netflix will have and also increasing their overall viewer’s numbers. Thus, there is absolutely no word that Season 2 of I Am Not Okay With This will become a reality.

I Am Not Okay With This Season 2 Cast

Even though the new season is yet to be announced, if it is announced, these characters are going to be in the cast of the show. Sydney Novak will be played by Sophia Lillis, more of her amazing abilities will be shown in the next season. Stanley Barber is played by Wyatt Oleff; this character is the protagonist Sydney’s friend and neighbor as well. The character of Dina is played by Sofia Bryant.

Sofia and Sydney are best mates, and Sydney has a huge crush on him, and last but not the least Maggie Novak’s character is played by Kathleen Rose Perkins, this character is Sydney’s mother. There is another bunch of cast as well, but these are the ones which will be in season 2 for sure. I Am Not Okay With This Season 1 received a lot of positive reviews from the critics, which is a big plus as well in their pursuit to persuade Netflix to renew them for Season 2 as well. We all hope that there will be another season of I Am Not Okay With This television show.

I Am Not Okay With This Plot

The protagonist of the show is named Sydney. She is a very young teenage girl with a tough life to handle. Sydney is trying her best to navigate through the trials and tribulations of High School. Now that she is nearing the end of her teenage, her sexuality is developing rapidly as well, which she finds hard to deal with, especially in school. On top of all these frustrating emotions, Sydney’s superpowers are also surfacing day by day.

This shocks Sydney, and she just cannot get her head around what is happening in her life. She has no choice but to cope with all of this happening around her. I Am Not Okay With This Season 1 was directed by Jonathan Entwistle. Do mention your thoughts regarding I Am Not Okay With This Season 2 in the comments section down below. Tell us, would you like another season of this new promising series or not?

While the show has still not been renewed for another season, the fans are excited about another season. Not just the fan, we got to know that the back team of the show is similarly excited for another season. Executive producer Dan Levine said, “This is a bit of an origin story. And then we plan to make it bigger and bigger.” He also added, “So whether that’s three, four, or five seasons, we don’t know yet. But we have a general sense of how it’s going to grow over the next two seasons after this one if we’re so lucky.” Thus, everyone on the back end is happy and excited, too, so we are only waiting for Netflix to renew the show to just complete the formality! Here is the latest official Tweet from the Twitter handle of the show!

you have something special pic.twitter.com/57woDIlAaA