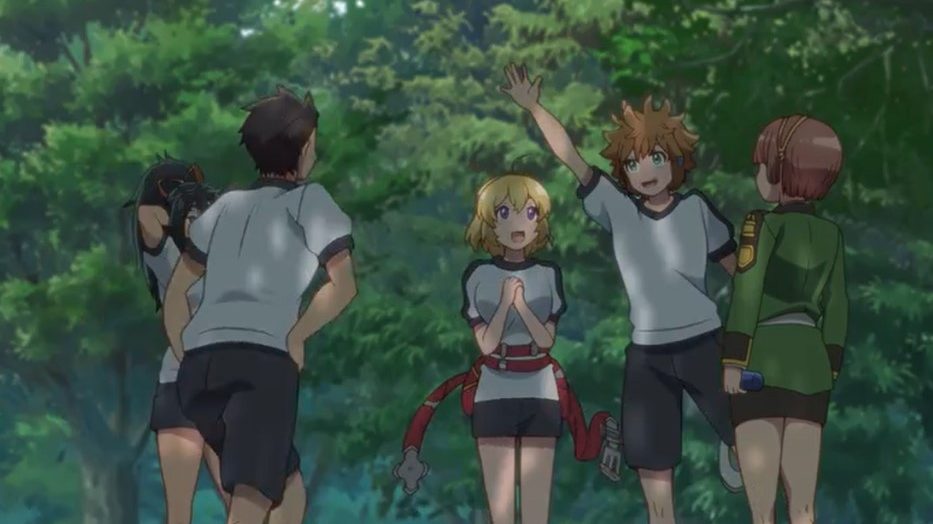 Marie thanks Lloyd for coming with them while Chrome is leading the way. When they reach their destination, they met with the old geezer. The geezer asks them that they cannot come here, but Lloyd tricks him, and they enter inside. He started to collect items they need. Chrome and Maria stand in front of the Holy Sword that cannot be removed. A person with a high degree of magical power can pull out the sword.

Maria reveals that the owner of the sword can rule over the world. But Maria thinks that the mayor put the sword for money scheme. People will come and try to pick the sword out; they have to pay the mayo when they fail. Lloyd came near it and pulled it out as if he was picking a paper from the ground. The old geezer was shocked to see a skinny boy pulling out a sword that even powerful beings have failed to pull out.

Suppose a Kid from the Last Dungeon Boonies Moved to a Starter Town? Episode 6 will be released on Monday, 8 February 2021, at 10:00 PM JST. Stream and watch this Anime on AnimeLab and Funimation.

Let’s take a look at how Lloyd will show his powers below. 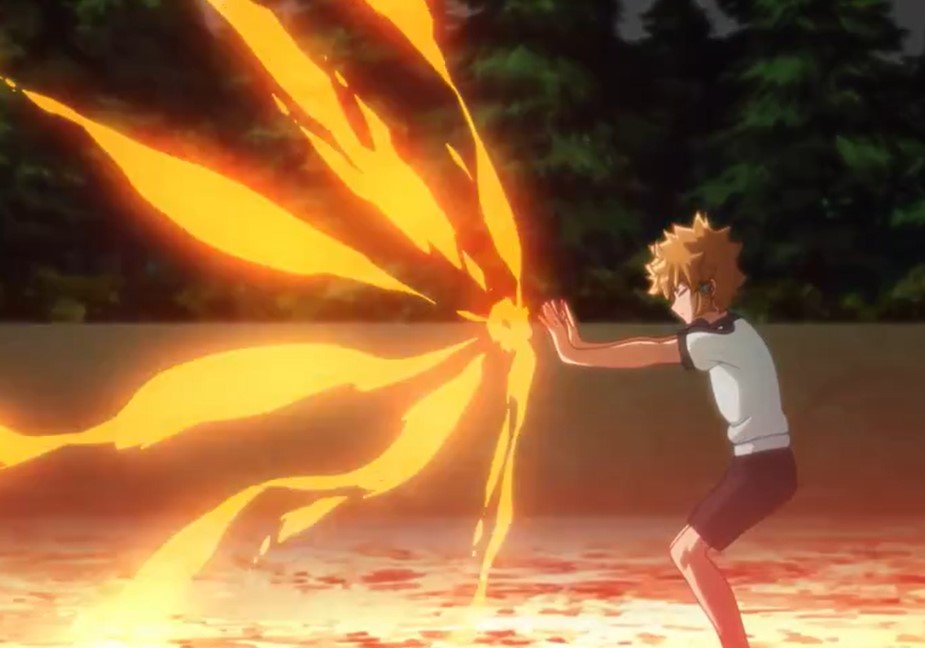 The old geezer is worried that he is ruined since the Holy Sword is pulled out. While they are leaving, Chrome asks what they should do about the sword. Maria comments that the mayor will make a fake replica to continue with his business. She said that they have to announce that the Holy Sword is pulled out as soon as possible. Maria told Chrome that she is counting on him, but Chrome can’t believe he is the one who has to announce it.

Earlier after defeating the King who was faking be the Demon King to get Maria’s attention. Llyod got the opportunity to be enrolled at the Academy as the reward for completing the mission. The next day Lloyd went to the Academy, and he impresses everyone with his training and strength.

When they were running, he took off like a rocket, and he passed them more than ten times when they are still in the first lap. They went back to the class, and everyone was tired except for Lloyd. He comments that training was fun, and Rino said that she would be glad to rest since it will be about magic theory.

Choline came and announced that there is no magic theory they are doing practical. The whole class got surprised since they are still tired from the training. Choline reveals that she is picking up the candidates for the upcoming interschool match against Rokujou Sorcery Academy. Lloyd is wondering about the interschool match, and Allan comments that it is an annual academic event. Allan reveals that Azami Academy has been on a losing streak these past few years.

Choline comments that this year’s victory belongs to them, and she heads with the student for training. When they are outside, Cholene reveals that there are three major types of magic. The first one is Chants when you utter words. The second one Sigil, where you inscribe pictures and texts, and the third one is Conduits. Conduit’s is where you use magical stones and steves, and she shows them an anti-magic dummy. Choline told them that now the training begins.

Selen steps up and performs a spell called Burn to ash: Flame and send the fireball to the dummy. Choline recorded her results, but Riho came and better Selen’s performance. Llyod steps up, but he overdid it and also burned the class. When he was chanting his spell, he said Bun Chew ash; Flam instead of Burn to ash: Flame. Llyod continues to do the wrong spells, but they were more powerful than others. The problem is he is doing the opposite of what others are doing. 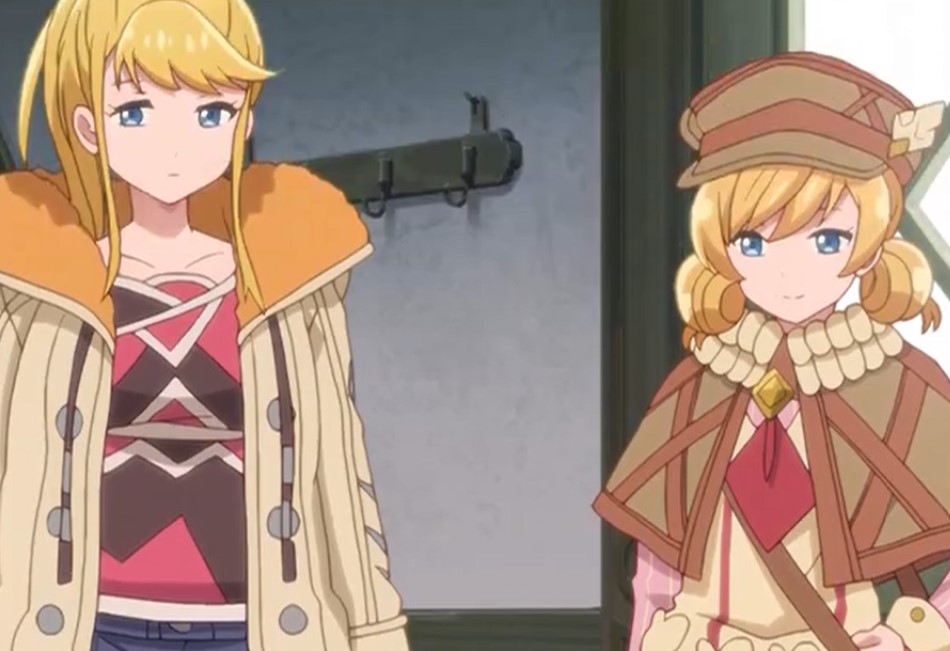 Lloyd is not good in books or saying things correctly, but he possesses a great power of magic. Later, when they are relaxing, Selen asks Choline to teach her healing magic. Choline asks Selen why, and Selen said she wants to heal the wound of someone dear to deepen their bond. Riho comments that healing magic is the hardest, and most people quits. Allan also comments that he wants to learn it too, and Lloyd said he is also in. Choline comments that they better do a Cholene healing boot camp session.

Choline comments that they need someone to bully so that they can heal him later. Selen kicks Allan, and they all beat him to a pulp. After that, they use healing magic to heal him. At the same time, Maria got visited by Mena Quinone and Phyllo Quinone. Maria realizes that they are Mercenary Sisters of Rokujou. Phyllo said they are just students at Rokujou, and they show her a picture of Riho, saying that they are looking for her.

Mena felt the presence of tremendous power, and when the door is opened, she attacks with a powerful blow. Lloyd shows up and wonders why she is touching her. Maria was scared since Mena was a string with powerful blows. The fly passes by, and Lloyd apologizes that he got in Mena’s way when she wants to kill the fly. Mena is surprised that Lloyd is saying her powerful blows are capable of killing a fly.

Suppose A Kid From The Last Dungeon Boonies Moved To A Starter Town? Episode 6 Preview

Read: Suppose A Kid From The Last Dungeon Boonies Moved To A Starter Town? Episode 5 Preview