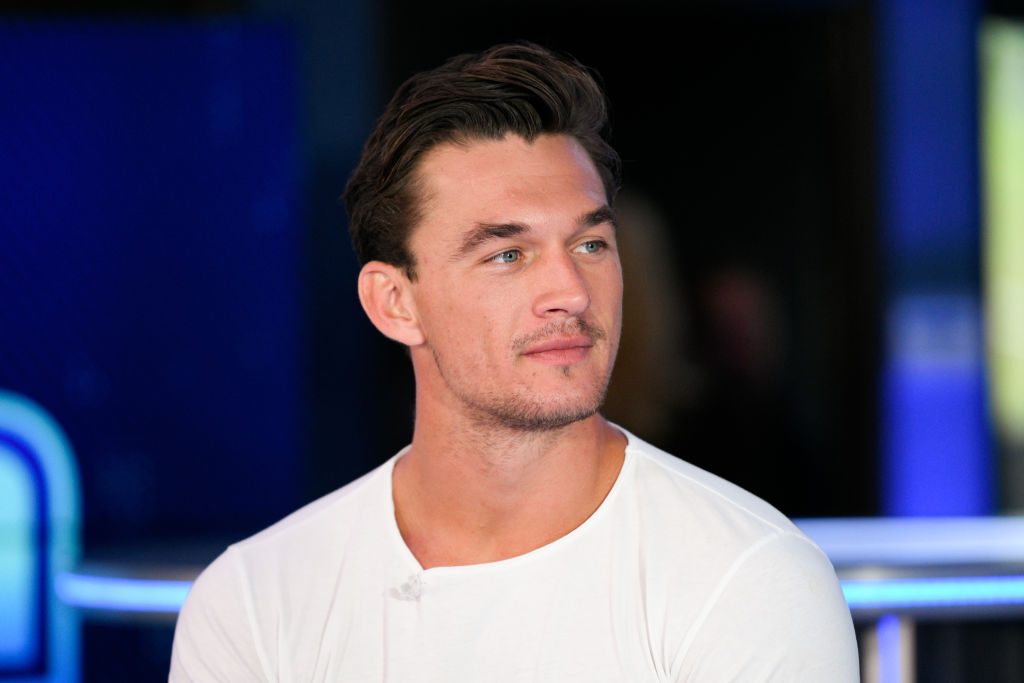 Everyone remembers Tyler Cameron, as he was the handsome hunk on Hannah Brown’s season of The Bachelorette. Everyone had their attention on him, and we knew that he has a long way to go. However, he has not been on the television frequently, but that does not mean he was off the limelight. He was making headlines due to his dating with models, and also his stunning photos as the ladies across the cyberspace were after his profile.

Nonetheless, he has recently hit the headlines because he has hinted that he would be coming to the small screens again. As all the ladies love him, this news was supposed to spread like fire, although there are no details available about what is he up to. Many are guessing that he might be into A Bachelor podcast, and it is justified too! Although we are not making any claims as of now.

So the story started earlier this week when Bachelorette and Bachelor in Paradise fame Dylan Barbour tweeted regarding an episode of The Bachelor season of Peter Weber. He said, “They should have put me Mike and Tyler in a van to spy on these girls in order to report back to Pete,” he wrote, a reference to an episode from Hannah Brown’s season of The Bachelorette.” So, a fan retweeted with “literally anything to see @TylerJCameron3 on tv again.” In reply to that Cameron said, “Be back soon with something different.”

A lot of people are expecting him on Keeping Up With The Kardashians, as he is dating the bestie of Kylie Jenner, Stassie Karanikolaou. However, then the reports were suggesting that they are not hanging out together anymore, which makes it less likely for him to feature on KUWTK.

However, with a Hollywood Life post, we got to know that he is up to something on television, which a source confirmed as well. Then we get to know that Tyler Cameron is working on a show which focuses on making houses for dogs, and will be called ‘Barkitecture,’ and it is also confirmed by Entertainment Weekly. So, let’s wait and watch how it goes!