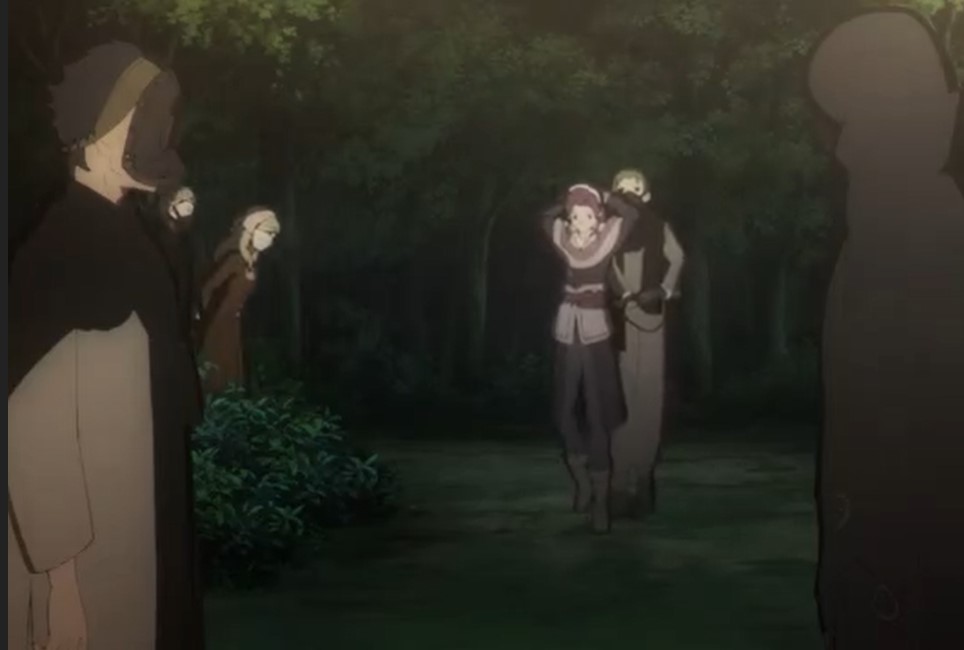 The commander of the Holy Knights, George Eszterhazy, had a meeting with the smuggling crew. When Shake introduces herself, he asks if she is from the Gutheil family. Shake agrees and asks if there is something wrong, and he looks at her and then said no. They discuss the prototype with Qliphothic Crystal, and Shake asks what it is. Georg explains that its properties capture and seal away cataclysmic light.

He had a flashback when he was captain of the Holy Knights and gave orders to his Majesty. He told his Majesty that he has noticed that the Imperial Guard is absent. His Majesty replies that he dismissed them, and it is a matter that is not for everyone’s ears. George asks if it is a secret, and his Majesty said that he wishes to make a request. His Majesty reveals that an ancient calamity shall soon strike the Empire once again.

Magatsu Wahrheit Episode 11 will be released on Tuesday, 22 December 2020, at 11:00 PM JST. Note that the latest new episode of Magatsu Wahrheit will be released every Tuesday. Watch out for the upcoming episode’s spoilers; when you proceed, you can skip them if you are not interested. You can watch this Anime officially on Funimation and AnimeLab. Let’s take a look at the recap and official preview below. 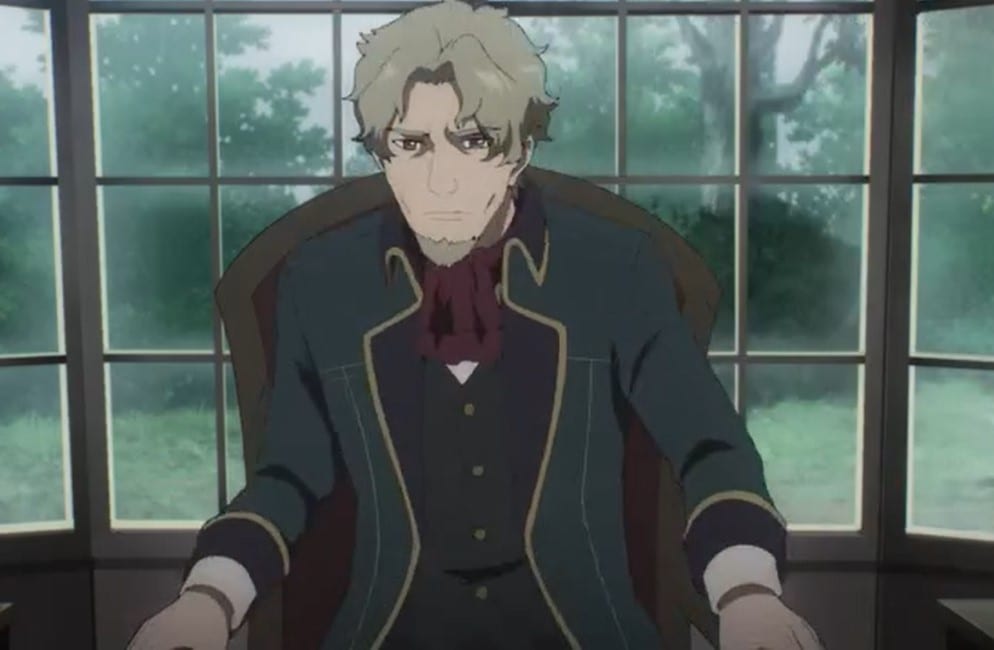 It is a prophecy slate that only those the Emperor permits may see. It is known as the Garnet Tablet; at that time, Leo listened to everything, wondering what Garnet is. His Majesty shows George the Garnet Tablet, which is not known how long it existed. It is a stele that records the future. Few within the Empire know of its existence, and the prophecy states that soon cataclysmic light will skrike the capital.

George asks his Majesty when it will strike, and he replies that he doesn’t know. Back to the present Inumael is wondering why the Emperor believes a fairy tale like that. George reveals that in recent years, monster activity has increased, and Coldfire has become more active. He asks Inumael if he can explain that, or could he even say it is why Heardkeeper was born. George said that his Majesty has secretly put the Strahl plan into action in preparation for the cataclysmic light.

He explains the plan to Innumael and others; he talks about the barrier and how they will stop the destruction. The truth about Luminiuos seed was also revealed and how the Anti-Imperials go involved in it. That day lady Minerva got captured by Anti-Imperials since they notice that she was spying on them. She told them that they could do what they can to keep it secret, and she asks who their master is.

The masked guy wanted to kill her, and the other stops him from doing so since he has a better idea. The guy took off he must and decided to let her live. Minerva asks Leo that he can help her to smuggle the Luminous Seed out of the capital. Meanwhile, Shake ask George if there may Luminous Seed, and he replies that there is only one original. But they have attempted to produce the Luminous Seed in secret, and she shows them the picture of it.

Benjamin and Arnold are surprised since they were transporting it earlier without knowing it. Arnold reveals that El said there was a traitor, and they realize that it is Jade. Benjamin said that it means Jade is connected to the Anti-Imperialists, and Innumael said it is true. He reveals that Irma said there hadn’t been a rescuing mission in the capital before. Irma also said that her Headkeeper activities have been mainly in the capital, but her first rescue operation.

Innumaels ask who sent them on their last mission to the capital. Arnold got angry and hit the table, knowing that it is Jade who is misleading them. George also talked about how they tested the replica of Luminous Seed ten years ago. The result was that an entire village was blown away, and it was covered up for people not to know about it by Duke Lotus Gutheil. Shake is shocked to hear that it is her father, who is responsible for everything.

Shake ask why her father has to do such a thing. George reveals that her mother, Minerva, had been taken to hostage. It is a surprise to Shake that her mother is still alive, and George explains what has happened in the past. George asks the smuggling crew to find evidence of Mary Bult’s treason and inform the Emperor. Later inside the mine, Leo clash with the monster and defeats them while trying to take the first step to his mission.

So far, we have managed to get the above latest updates for you; more updates will be available next week Tuesday. After the release of the latest episode, we will be releasing the upcoming episode.