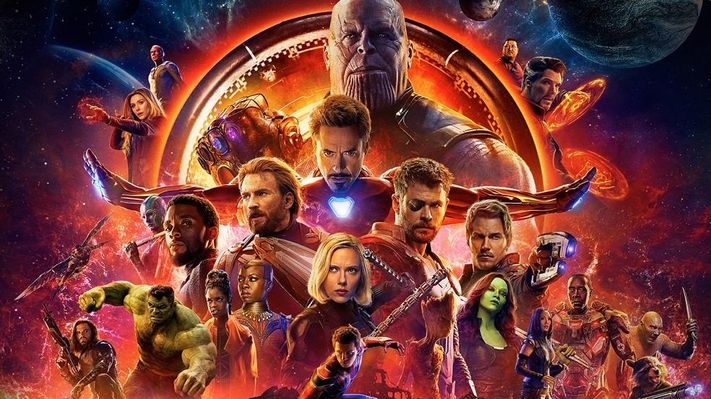 This is the fist marvel female-centric superhero film starring Brie Larson as Captain Marvel, the story is simple, but you should have known something from the team of avengers as we get certain callbacks for team avenger. Brie Larson is good in the role, but the films lack in the story as this film serves only as a filler between the events before and after the film as there is no certain clarity that where was captain marvel all along since the starting of the MCU.

Ant-Man is a superhero that can shrink to the size of the ant. Paul Rudd stars as the ant man in the film films have their ups and downs in the story but take the viewer in a good start, and the story ends in a good and a happy way. It is the first incarnation of Ant-Man on the big screen, the film also stars Michael Douglas as Hank Pym.

Black Panther is the first black superhero to get his first feature film, Ryan Coogler serves as the writer and director for this film, he hits the mark with this film as storytelling jewel but lacks in originality of story as its basically a revenge drama. Chadwick Boseman plays Black Panther and Michael Jordan as Killmonger, the main antagonist of the film. The film sets after the civil war, which marked the debut of the character on the big screen.

Dr. Strange follows the story of Dr. Stephen Strange, who is a neurosurgeon
living in New York City, got into an accident and losses his motor functions. Then he goes on a quest to learn magic and then became Doctor strange. The film dives into the mystical and magical aspects of the Marvel comics, hen later on Doctor strange became a regular character in the later MCU films. The VFX of the film is on par with the other MCU films

Iron Man, which was released way back in 2008, marked the debut for the MCU from there was no turning back for marvel, it laid the foundation stone for the future Marvel films. Early on, there was only a plan to make the trilogy of the film and no plan for the connected universe shared between the different characters of the marvel. RDJ rules as Iron Man in the film and then became a prominent character in the future Marvel films. You can watch any time of the day.

this the first film after Avengers to unite all the characters from the marvel universe in a single superhero film that is Captain America. It is the third film in the Captain America trilogy; It features superheroes like Iron Man, Black Widow, Black Panther, Winter Soldier, etc. The plot of this film is very good; all characters are on par with the story of the films, action sequences are well done, the special effects department is also done well.

4. Guardians of the Galaxy

It is the first film from the MCU that is set in space and other planets rather than earth as the basis of the plot. It Features the band of crocks rocket, star lord, Gamora and Groot. The main antagonist of this film is Ronan the accuser who is a kree and serves Thanos the big bad of the whole MCU; The film is a space gem of the MCU the comedic chops are on par with the story. The soundtrack and music is also a plus point of this film; you will hook on a feeling.

Thor is back with a bang, he wakes up in the chains and is captured by Surtur. This is scene is enough to get pumped up for the film. It is the third film in the Thor trilogy to be not set in Asgard or earth rather than space. Thor battles his elder sister Hela who wants to rule Asgard and then the whole world with the help of his brother Loki, Hulk, and Valkyrie. The Immigrant Song by Led Zeplin will surely give you chills on the final battle between team thor and Hela. You can definitely rewatch it.

Captain America: The Winter Soldier is the second film in the Captain America trilogy and is considered to be one of the best comic book films ever made. The best adaptation from a comic book comes after a long time; the best part of the film is Captain America and the black widow team up to defeat the hydra.
Action sequences, story, and visual effects are top-notch in the film. The director duo of Russo Brothers is the main thing behind the success of the film critically and commercially. It is a must-watch if u are a fan of good old action films with superheroes.

Avengers: Infinity War is considered to be the best Marvel film of all time, it is loosely based on the Infinity War comic book series. The best team-up of superheroes is portrayed in this film is the best part. Everyone’s acting and action are best in this film, we all loved Thor’s entry in Wakanda the film theatres used to become stadium with the applaud of this scene. It is the perfect rewatch in this quarantine period.