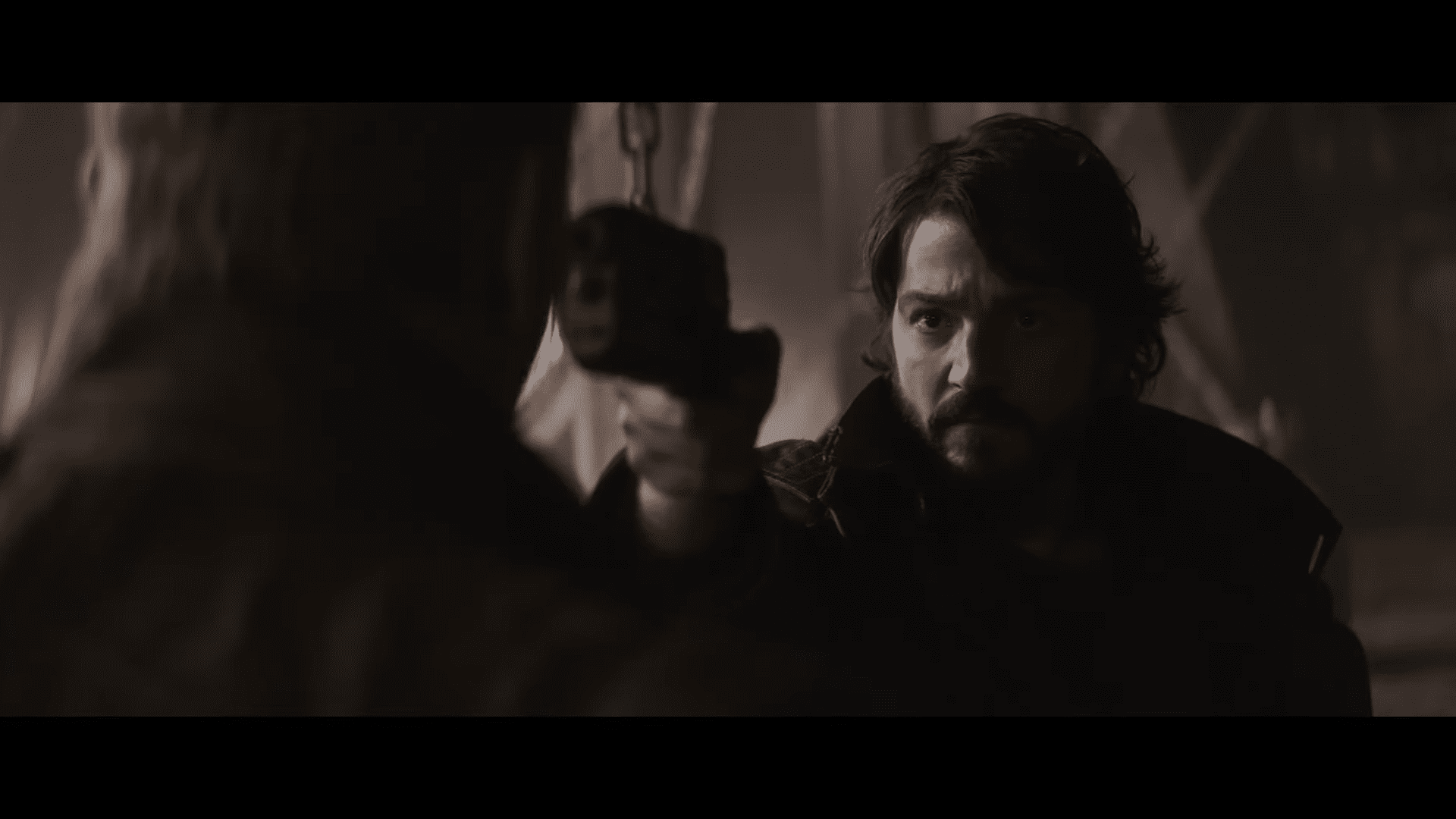 Do you love Star Wars? If so, you’re going to love the new Andor series! This American television series is a prequel to the spin-off film Rogue One. It follows thief-turned-Rebel spy Cassian Andor during the five years before the events of Rogue.

This series takes a different viewpoint from the Star Wars galaxy, following Cassian Andor’s journey to discover his potential. The series tells the story of how people and planets became involved in the growing rebellion against the Empire. It’s a time of risk, deception, and intrigue where Cassian will take on the destiny that will transform him into an epic hero.

If you’re not a big fan of Star Wars, then you might not be interested in the Andor series. However, I would still recommend you, give it a try. You might enjoy it to the next level.

Be sure to check out Andor episodes online today!

The Cast of ANDOR:

Diego Luna as Cassian Andor  (A thief from Kenari, whose planet was destroyed by the Galactic Empire’s mining project gone wrong), Kyle Soller as Syril Karn  (A Deputy Inspector for Pre-Mor Authority, who is determined to capture Andor) and Adria Arjona as Bix Caleen  (An ally of Andor, a mechanic and black market dealer).

Genevieve O’Reilly as Mon Mothma  (A senator who works secretly to establish the Rebel Alliance whilst navigating the Empire’s politics) and Denise Gough as Dedra Meero  (A high-ranking Imperial officer).

This Season of Andor TV Series contains 12 episodes. The first three episodes of Andor Season 1 were premiered altogether a few days back i.e. 21st Sept 2022. They have been directed by Toby Haynes and written by Tony Gilroy.

The rest of the 12 Episodes will be released weekly with the next one coming up on 28th Sept 2022. So, Finish the previous ones before the next one gets aired.

In the five years leading up to the Battle of Yavin, Cassian Andor travels to Morlana One, an industrial planet, in search of his missing sister. Two Pre-Mor Authority security guards get in Cassian’s way while looking for her at a brothel. A fight soon breaks out between the trio outside the brothel, which ends with Cassian accidentally killing one officer and executing the other. Cassian escapes to Ferrix to avoid detection and unsuccessfully tries to get B2EMO (his adopted mom’s droid) and Brasso (a friend) to help him conceal his tracks. 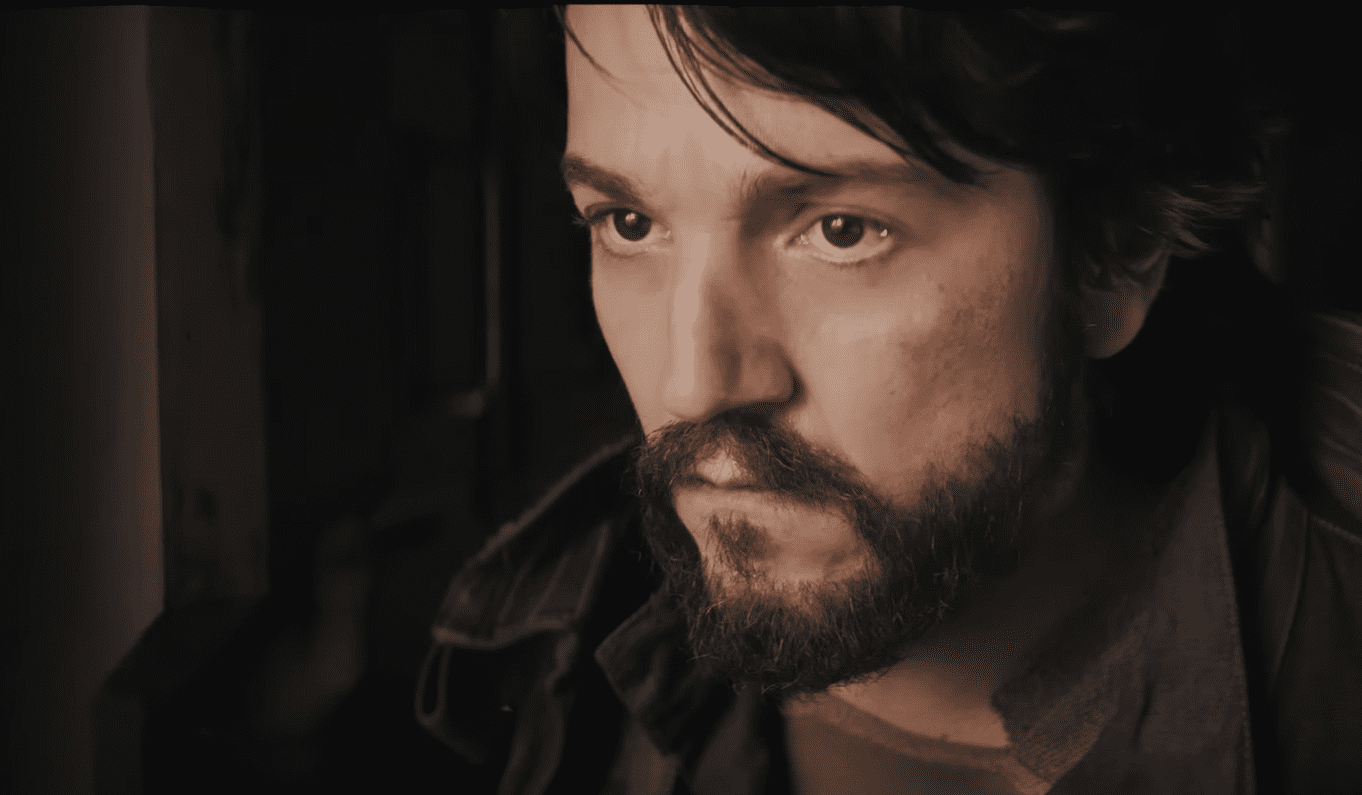 Bix, after being asked by Cassian, tries to connect him with a black market buyer for the Starpath Unit- navigation technology that is highly valuable in the Imperial world. Bix contacts the buyer after agreeing, but her attempts to keep hidden her association with Cassian raise suspicions from Timm, her boyfriend. Back on Morlana One, the security chief’s decision to conceal the murders in order to boost his report to the Imperial authorities backfires when his deputy, the ambitious Syril Karn, refuses to let it go. Karn uses Cassian’s ship to find where he is from- Ferrix. He learns from an eyewitness who saw him at a brothel that Kenari is his home planet. A younger Cassian, known as Kassa, and his tribe on Kenari discover an immense Republic mining operation while investigating a crashed ship.

Timm reports Cassian to Pre-Mor security after he becomes suspicious of him, leading to getting a warrant for his arrest. Mosk, another equally ambitious and aggressive Pre-Mor officer, agrees to work with Karn to capture Cassian. The warrant scares Maarva when B2EMO tells them both about it. Cassian plans to flee the planet. Meanwhile, Luthen Rael, Bix’s buyer, goes to Ferrix to retrieve the Starpath Unit.

In a flashback, Kassa and his men search for and examine the destroyed ship, but are ambushed by a survivor. The tribe kills the invader, but flees the scene when one of their own is killed. Kassa decides to stay behind in order to explore the ship.

When Rael arrives on the planet Ferrix, he is immediately updated by Bix about Cassian’s arrest warrant. Even Rael, the inquisitor, is taken aback. He expresses a desire to meet Cassian in person. Mosk and Karn arrive on Ferrix as well, bringing with them a squad of twelve more security personnel. They break into Maarva’s house and question her about Cassian’s location, but she refuses to cooperate. However, Karn decided to intercept a transmission from Cassian to B2EMO and allowed the security officers to locate Cassian’s position.

Upon seeing the raid, the townsfolk immediately scatter in all directions to avoid capture while sounding bells throughout the city as a warning to others. This speeds up and confuses potential enemies, providing extra time for more people to escape or go into hiding.  In an abandoned factory, Cassian and Rael encounter each other. Rael tries to persuade Cassian to join the Rebel Alliance despite Cassian’s desire to quickly sell the Starpath Unit and leave Ferrix.

Rael cites Cassian’s repeated success at stealing from and sabotaging Imperial ships as evidence that he would be an asset to their cause. however, There are security guards surrounding the factory before Cassian can consider Rael’s offer. They make it back to Maarva’s house, where they corner Karn and assess the situation. Timm unintentionally lets Bix know that he was the one who set Cassian up, leading her to want to help him. However, she is stopped by police officers.

Timm tries to defend Bix but is shot by an overzealous cop. Unaware that Brasso sabotaged his shuttle, the officer is sent back to await punishment. Rael lures the officers away as he and Cassian escape, also rigging it to explode and kill some of the officers. Rael and Cassian flee the planet, leaving a stranded Karn and Mosk behind.

In a flashback, it is revealed that Maarva and her husband Clem are scavengers. The couple discovers Kassa on the crashed ship. Maarva administers a tranquilizer to Kassa and takes him with them, anticipating negative repercussions from the Republic if they discovered him at the crash site.

What will happen in the next episodes of Andor Season One? Will Cassian be able to complete his mission? Will he join forces with Saw Gerrera? Tune in to find out! Episodes four and five of Andor will be released on September 28th, 2022, and 5th Oct 2022 respectively. 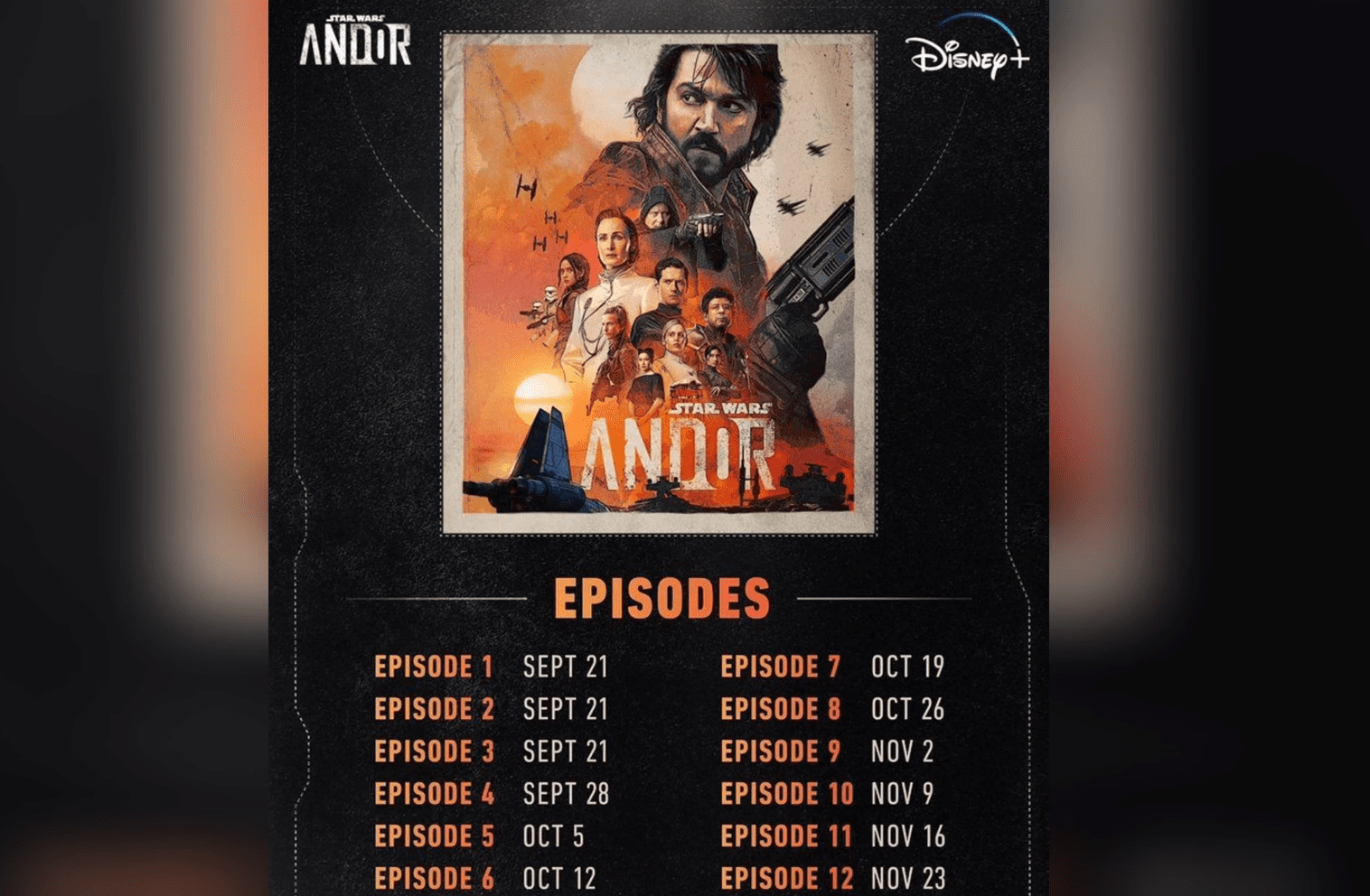 Where To Watch Andor Episodes?

The first three episodes officially premiered on Disney+. You can sign up for a free trial of Disney+. After the free trial, you can also go with a paid subscription. 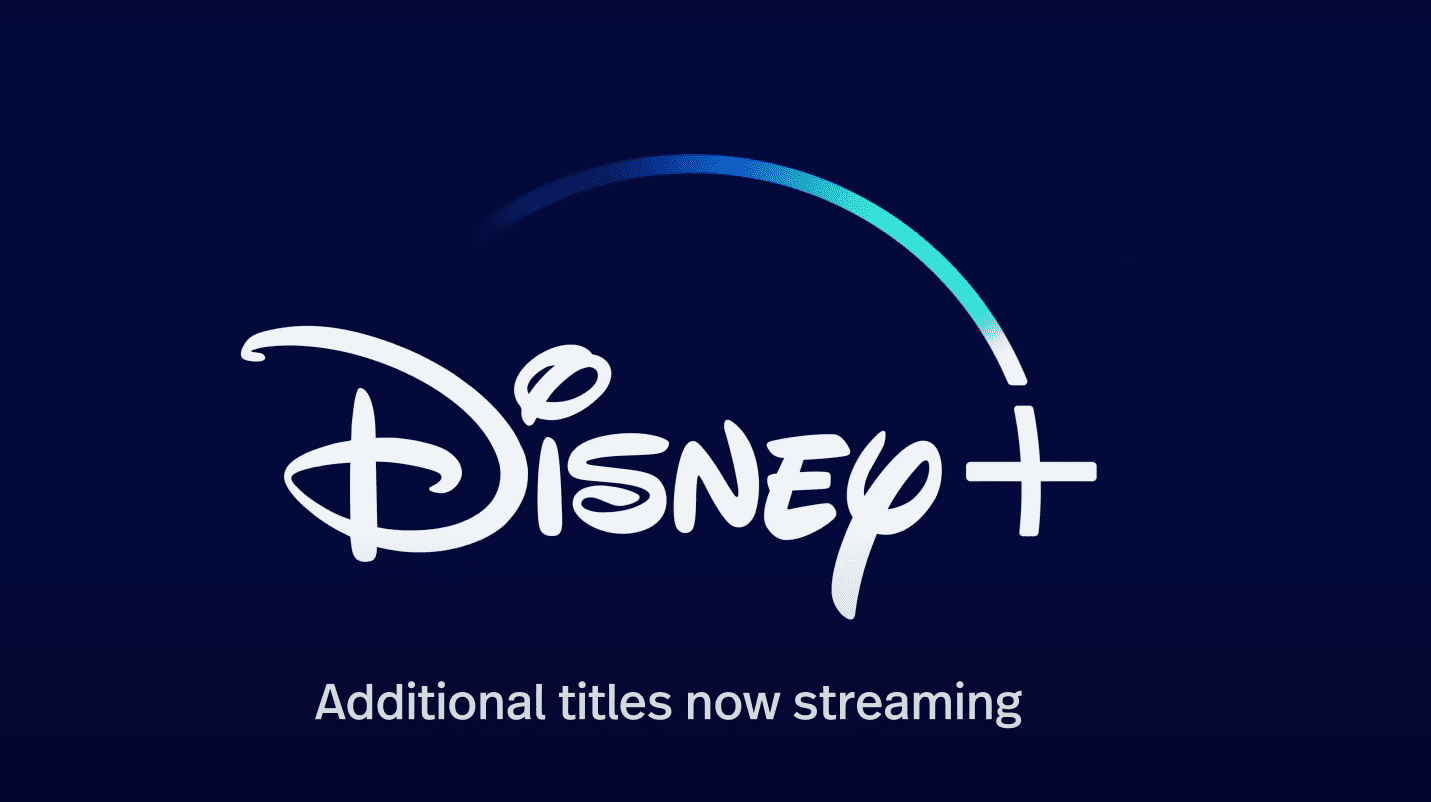 The first three episodes of Andor are also available to stream on Hulu after the subscription. One can even watch it on MTV Channel.

Where to watch Andor Season 1, all episodes in the U.K.?

The best place to watch Andor Season One online is on the Star Wars website. You can also find all the episodes on the official Andor YouTube channel. For those in the U.K., you can catch up with Andor on Sky TV and Now TV.

Where to watch Andor Season 1 Episodes in the USA?

Where to watch Andor Season 1 Episodes in India:

If you are in India, you can watch Andor Season One on Hotstar. You can also find all the episodes on the official Andor YouTube channel.

Keep up with all the latest news about Andor by following them on social media:

The Andor series is a great way to explore the Star Wars galaxy from a new perspective. Be sure to check out all the episodes online today! You won’t be disappointed!