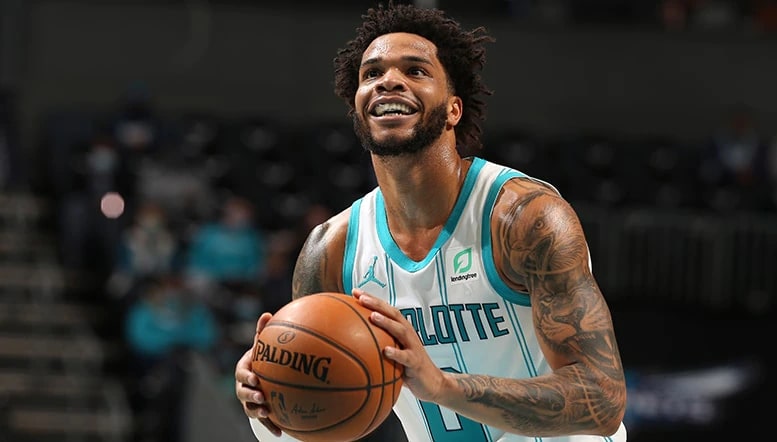 For today’s article, we will talk about Miles Bridges’ girlfriend but before that, let us know who exactly Miles Bridges is. Miles Emmanuel Bridges Sr. was born on March 21, 1998, in Flint, Michigan, The NBA considers him a forward. He represented the Michigan State Spartans in collegiate basketball. He is from Flint, Michigan, and played high school sports for Flint Southwestern Academy during his freshman year before transferring to Huntington Prep School for his sophomore, junior, and senior years. Bridges was chosen by the Los Angeles Clippers with the 12th overall pick in the 2018 NBA Draft, however, on draught night, he was traded to the Charlotte Hornets. Bridges and the Hornets exchanged a $10,896,360 three-year contract on July 2, 2018. Bridges took part in the Slam Dunk Competition in 2019. On February 14, 2020, in Chicago, Bridges received the Rising Stars Challenge MVP award for Team USA.

Miles Bridges signed up to start studying at the University of Michigan in 2016. He made the decision to declare for the 2018 NBA Draft after spending two years at Michigan State. He made a name for himself as one of the top young players in the country throughout his undergraduate years. He received many awards while an undergraduate. He was chosen by the Los Angeles Clippers with the 12th overall pick. Shortly after being chosen by the Clippers, he was transferred to the Charlotte Hornets, where he has been ever since. 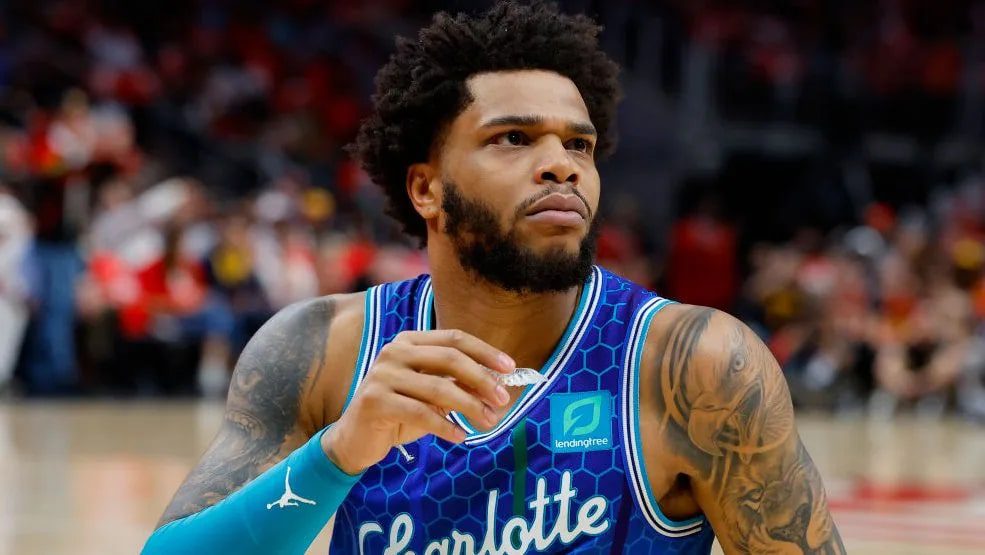 Milles Bridges is married to Mychelle Johnson. Mychelle Johnson was born to Scott and Holli Johnson in Huntington, West Virginia, on September 3, 1997. According to reports, the 24-year-old has three siblings. Johnson and her husband, Miles Bridges, both like playing basketball, and it is likely that Scott Johnson, who is the head coach of the West Virginia Thunder AAU team, introduced her to the game. She was a defensive player of the year twice while attending St. Joseph Catholic High School, where she helped the team win three state titles. When Johnson enrolled at Middle Tennessee State University, she also participated in basketball. After attending Middle Tennessee State University for one year, she eventually relocated to Marshall. Mychelle has since put her days as a collegiate athlete in the past and is now mostly concerned with her family, despite her brief modeling career. In 2018, she was featured in a Good American activewear advertisement.

Early in 2016, the NBA player and Mychelle began dating. Bridges had dated a woman called Jacara Thompson, but their romance did not last long, and soon after, he met Mychelle. After then, the couple were hitched. Public knowledge of their precise wedding date is lacking, though. Both a boy and a girl, born to Bridges and Michelle Johnson, are the joy of their parents’ hearts. They welcomed their daughter Ayla Marie in February 2020 and their son Ace Miles Bridges on October 26, 2018, respectively. In contrast to many athletic couples, Bridges and Johnson have made the decision to keep their love lives and family life private. Nobody other than the couple is aware of their marriage date, as they merely started dating sometime in late 2015 or early 2016. The parents seldom ever upload pictures of their children. However, Johnson’s Instagram is dominated by posts about fashion and beauty as well as images of her fitness advancements. 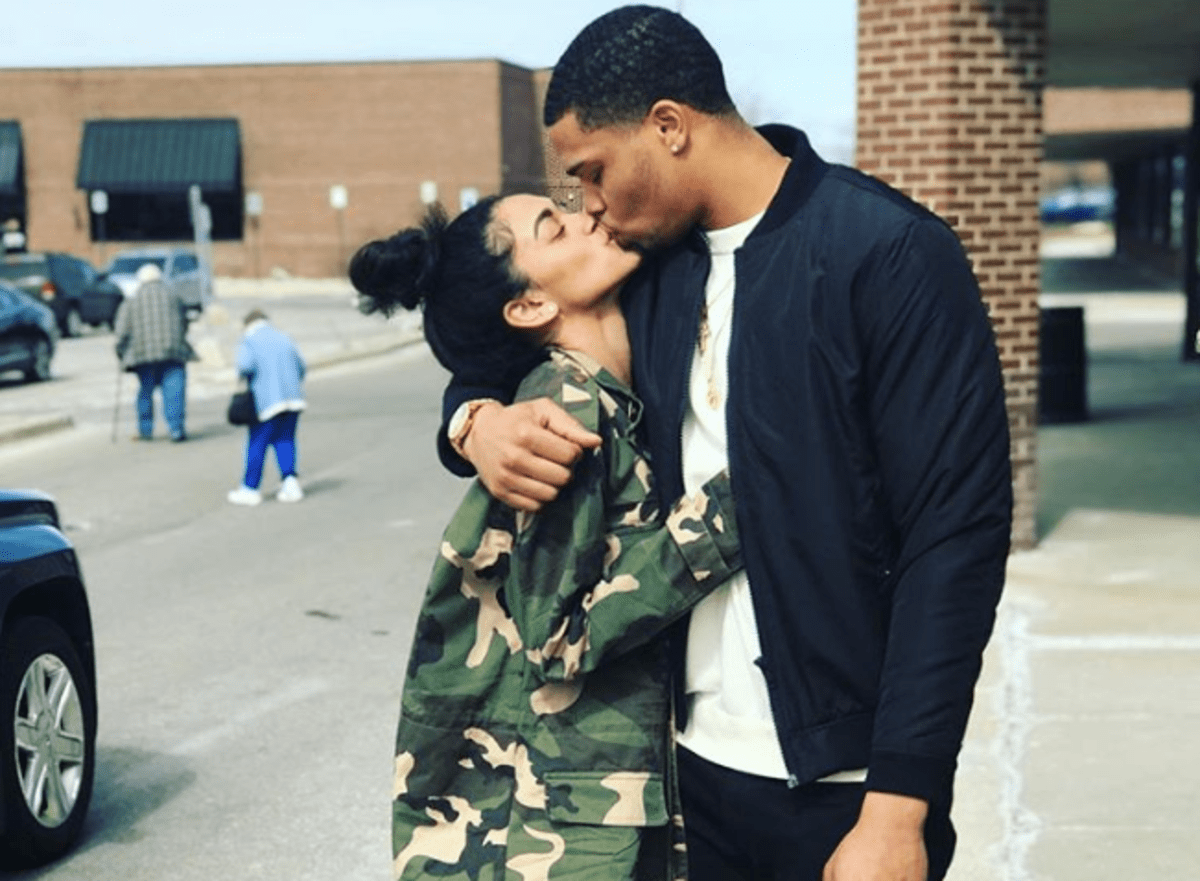 Miles Bridges, an NBA player, was detained on Wednesday in Los Angeles on suspicion of felony domestic abuse. The forward, 24, who most recently played for the Charlotte Hornets, surrendered himself to a local jail on Wednesday in connection with an alleged violent incident that took place the previous day. According to law enforcement sources, a lady says she and Bridges got into a violent altercation. Police were reportedly summoned to the site, but when they arrived, Bridges had already left. The woman, so we’re informed, needed medical help.

The 6’7″, 225-pound man turned himself in on Wednesday afternoon and was later taken into custody by LAPD. He was released when his $130,000 bail was granted. Bridges, who also performs as RTB MB on the rap scene, played with the Hornets for his first four seasons but is anticipated to be a top free-agent target this off-season. Bridges, who averaged 13.4 points and 5.6 rebounds per game during four seasons at Michigan State, was selected with the 12th overall choice in the 2018 NBA Draft. In 2021–22, he had his finest season ever, averaging 20.2 points, 7 rebounds, and 3.8 assists.