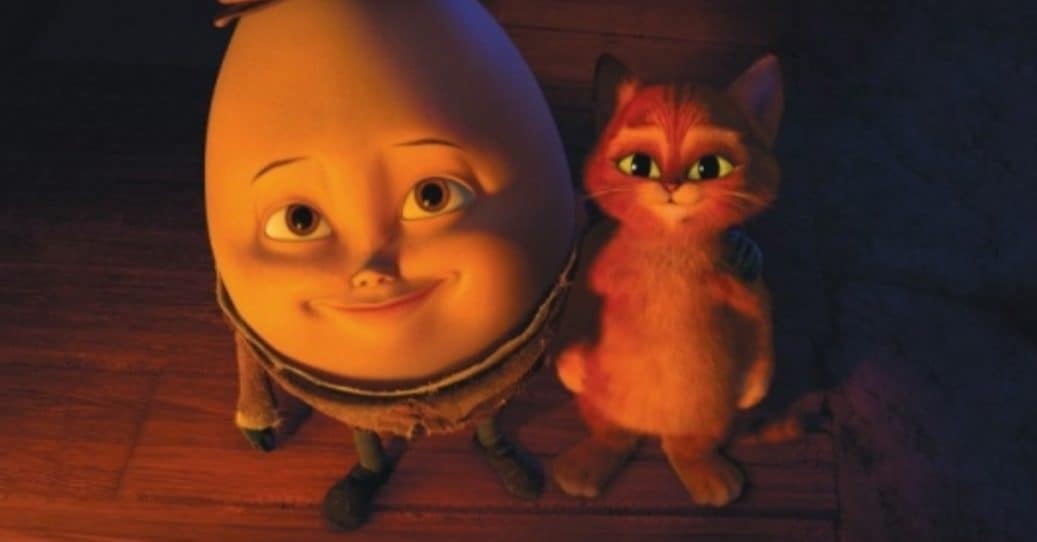 What happened to Humpty Dumpty in Puss in Boots? This question has been doing a lot of rounds on the internet, lately. Well, Humpty Dumpty has been the significant antagonist of the aforesaid film. Also, he is his adoptive brother.

Before getting into Humpty Dumpty’s status, let’s learn briefly about the film.

Directed by Chris Miller, Puss in Boots focuses on how the cat teams with his pals- Humpty Dumpty and Kitty Softpaws. For what? The group entirely fights with Jack and Jill. They are the two criminals. They battle just to get back their deserving magical beans, the golden eggs.

The story of Puss in Boots has been written by the trio- Brian Lynch, Will Davies and Tom Wheeler.

Talking about Humpty Dumpty, the character has been voiced by Zach Galifianakis. Not to forget to mention that he was always a good egg inside. The symbolisation of his character was he was ugly from outside but had a great heart. Briefly, he was the hidden treasure.

In case you failed to make it to the end of Puss in Boots, one question must have raised in your mind- what happened to Humpty Dumpty? If you are looking for this, here are your answers. 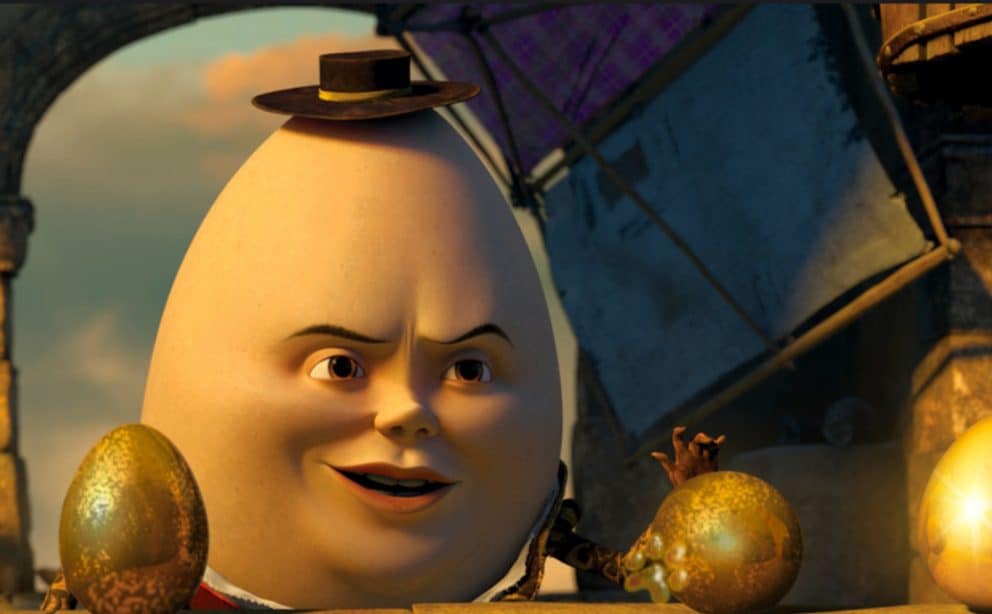 A scene from Puss in Boots, featuring Humpty Dumpty

What Happened To Humpty Dumpty In Puss In Boots? Everything Explained

Even the ones who watched Puss in Boots have been wondering Humpty Dumpty’s status. Was he dead in the film? On the other hand, some viewers thought that he anyway managed to survive. It turned out to be very confusing.

Humpty Dumpty’s shell cracked and that was the time when the truth came out. What? He was himself a gold egg inside. Yes! That was the ironic part of him having a good heart. But, at the end, Humpty Dumpty appeared to be playing with the goose that laid the golden eggs. Also, her mother was involved.

It was Humpty Dumpty who took the initiative in building it to the bridge. He sacrificed himself so that his friend, Puss could give her the golden goose. When she was about to leave, Puss got to know the details about where Humpty sacrificed and left the golden egg. It was surrounded by some eggshells too, as it got cracked.

Later, Puss realised that he was always good, having great heart inside. On this note, Puss said, “I always knew you were good inside.”

As mentioned already, Humpty Dumpty’s ending scene was very confusing to the fans. Everyone wondered if he was alive or dead. Why? He appeared very normal while jumping on the clouds. Even though the scene was very quiet and good as the mother goose watched him having fun. It was more like the scene of his afterlife. Such a pleasant one!

But, Humpty Dumpty was dead. Yes! It’s confirmed. His grave was seen in the episode of “Ghost of Lord Farquaad.” Haven’t you watched it? Well, it felt bad to see the end of such a happening character, Humpty Dumpty.

If you haven’t watched Puss in Boots and it’s sequels, make sure to switch it to Netflix. Yes! It’s available there. It’s just been a day that the latest one has released. To be more precise, Puss in Boots: The Last Wish was released on 20 January 2023. Don’t forget to visit your nearest movie theaters!

No, Humpty Dumpty has not been seen in the ongoing film, mentioned above. But, his name appeared in the card in the “Fairy Tales” book. Even Kitty shared how she always got manipulated and betrayed.

Also Read: Who Is The Villain In Puss In Boots 2?