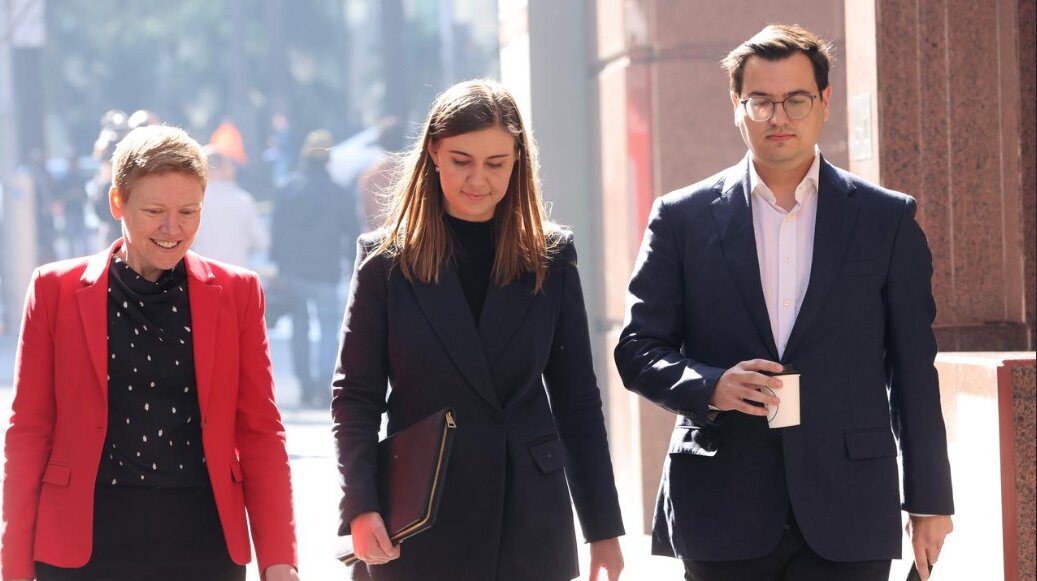 Born in 1994, Brittany Higgins is a Parliament Staffer in Australia. Recently, Brittany has been making headlines after her news of getting raped in the parliament back in 2019 blew up on the internet. To work for the priest had always been one of Brittany’s dreams. She decided to crumble on the political resolution and purge the haunting incident that took place in her life as she feared the consequences and the turmoil that it would lead to.

So far, Brittany has been successful in keeping the details about her family and personal life private, but her recent claims have made her a hot topic everywhere. She is known to have been raised in Canberra, Australia. However, not much insight is available into her early life or childhood.

Her recent revelations have brought forth a lot of sickening details, including the death threats that she and her partner received following her incident. Higgins stays away from the media as she refuses to speak openly about her rape. However, some information could be gathered that has gone viral concerning the incident that Higgins had fallen prey to.

Who is Brittany Higgin’s partner?

As of now, no information is available regarding Brittany’s marital status, but one thing is for certain she is in a relationship with David Sharazand. The pair has been known to be in a relationship for quite some time now. David and Higgins had met because of their similar working patterns following which the two almost immediately formed a connection. 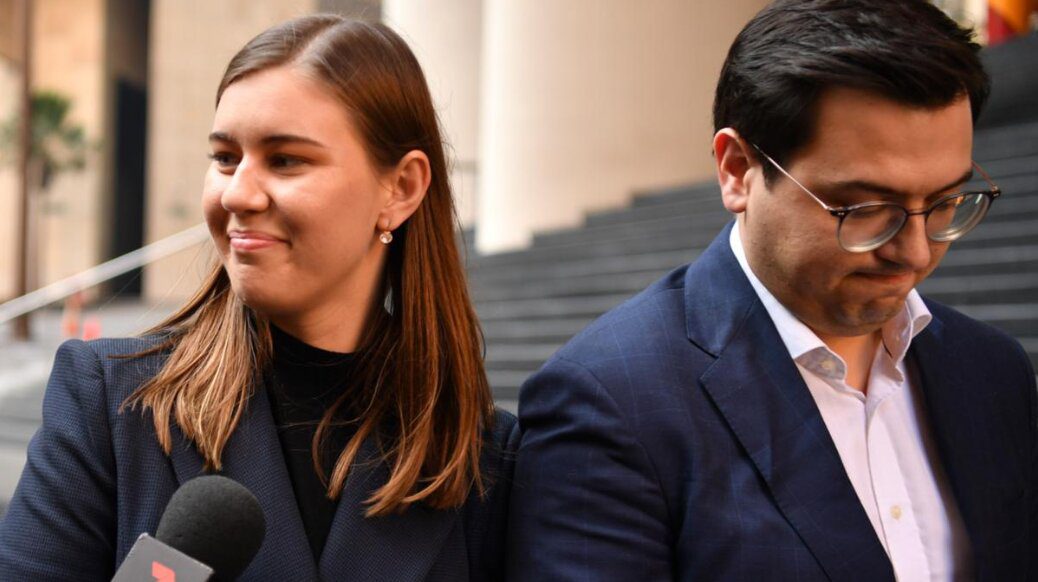 Brittany with her partner David Sharaz

Sharaz had been reportedly working at an analytics company that involved frequent dealings with government clients. David’s partner Brittany has recently accused staff of the government office of allegedly raping her, following which Sharaz had to quit his job as he feared the news would make his situation at work more threatening.

David Sharaz, who was a former journalist at a media company, has finally spoken out after resigning from his job. He explained the reason behind his resignation and expressed his concerns regarding what the Morrison government might do to the company that he had been working for had he decided to continue working.

David Sharaz also shares how his boss had been supportive of him throughout his journey with them and that he had been even given a week to cope with the situation. However, it was David’s decision solely to quit his job because he was certain that his involvement with the company could cause the government to scrape off their contacts.

That said, Sharaz has shown full support to his partner Higgins owing to the unfortunate incident she had fallen victim to and has told the media that he has no regrets at all. In an interview with news.com.au, Sharaz also told how he intends to continue supporting his partner through this time of adversity.

David is a firm believer in the fact that being supportive is the least one can do to help a victim-survivor and that he is doing his very best to stay by Higgins and help her overcome this.

Higgins earlier told the media that she was given a choice to choose between her job and justice. It was after months of coping with this situation that Higgins finally decided to quit her job last month. Currently, both David and Higgins are unemployed after Higgins decided to go public with her traumatic and distressful incident.

Brittany and David have been subject to sickening threats .

The former staffer, Brittany, along with her partner David, has recently shared the vile threats that the pair have been subject to. Brittany took to Twitter on Monday and revealed how her partner, along with her dog, had been receiving death threats. Brittany shared a tweet that had been originally posted by her partner, claiming that threatening them was not okay.

A screenshot of their exchange posted by David has gone viral thereafter. 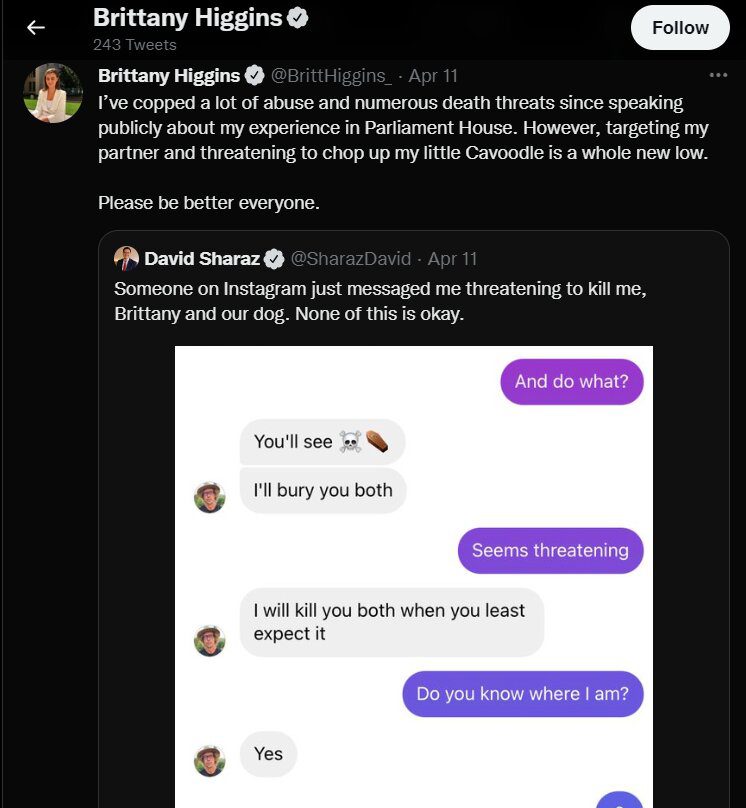 There is no denying the fact that the rape allegations made by Higgins have triggered a crisis politically where women’s safety in the hands of the government is being put into question. In a speech delivered by Higgins on the occasion of International Women’s Day, Higgins mentioned how concrete action must be taken against those committing crimes.

What happened to Higgins was a total disaster and completely heart-wrenching. However, with the excruciating details of her mishap, the trial continues with Higgins still trying to cope.