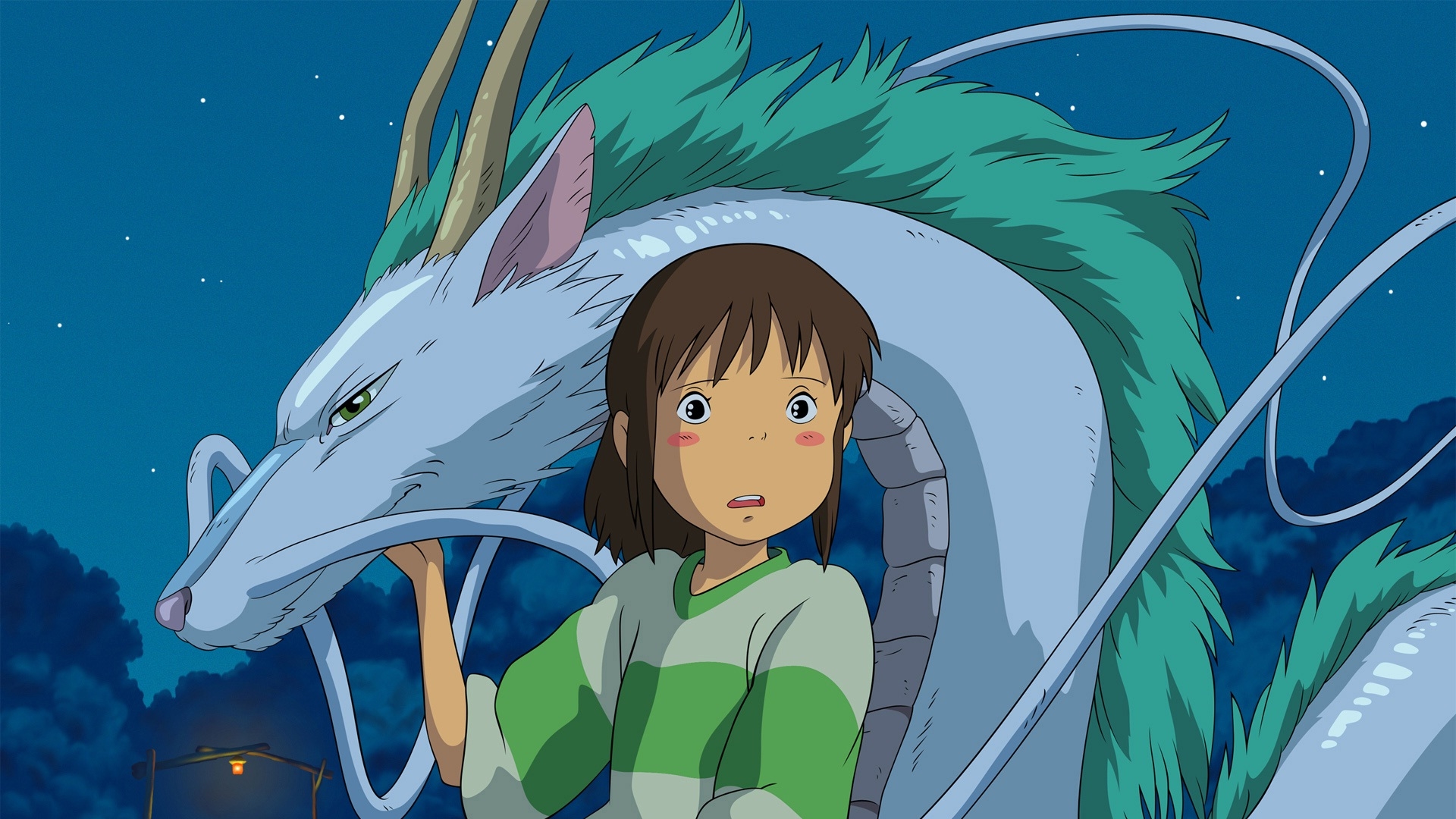 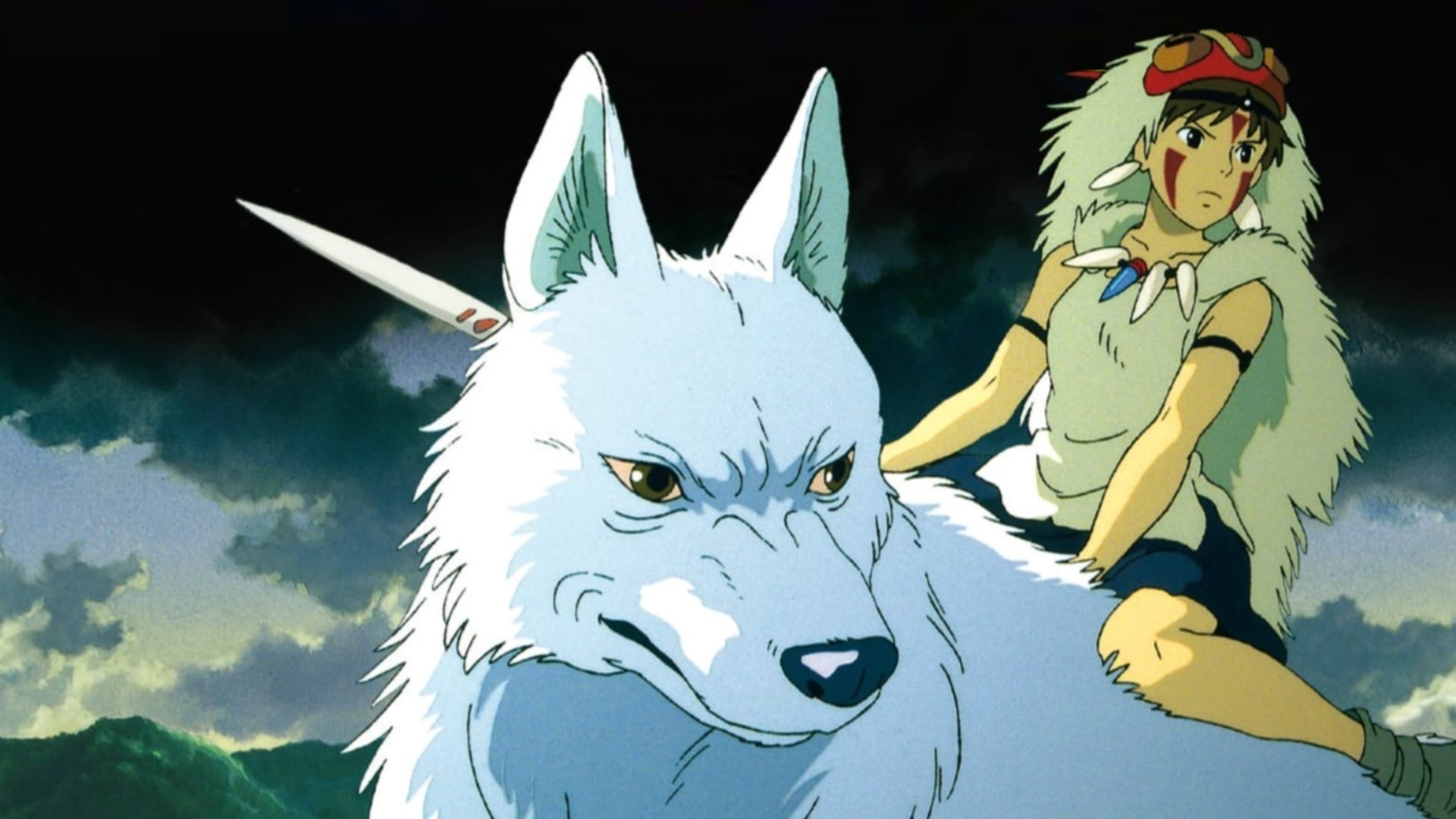 San is the protagonist of Princess Mononoke, that has been produced by Studio Ghibli and is one of the best films that the studio has ever produced. She is a fierce girl who has been raised by wolfs for her survival in the jungle. She is also known as the princes of the wolf gods. She is good at hunting and has good fighting skills. When san was just a baby, her parents were punished by the wolf goddess Moro who was destroying forest so in order to escape they throw away San. She is raised by Moro and she raised her life with her other two pups. 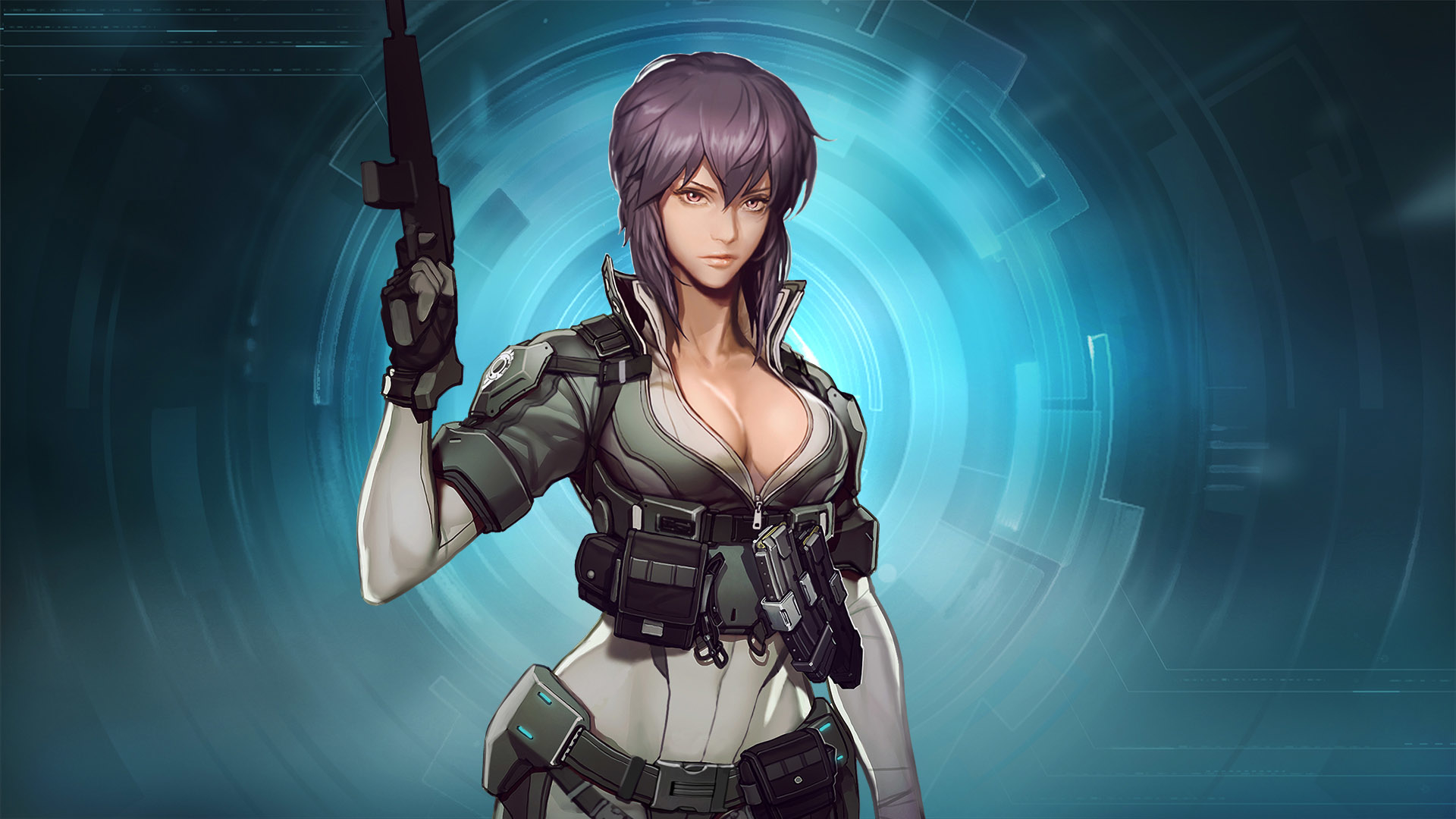 Motoko from Ghost in a Shell

She is commonly known as Major and is the lead character in the Ghost in the Shell franchise. She is a cyborg and works at the anti-cybercrime department of the Japanese National Public Safety Commission. She is one of the female characters who are famous across cultures. She is highly intelligent and known for her skills in military tactics and hacking. Her one of the first appearances in the Ghost in the Shell anime film still remains one of the best introduction to a female character who later on gets a whole new franchise. She even got a live-action adaptation starring Scarlett Johansson in 2017. 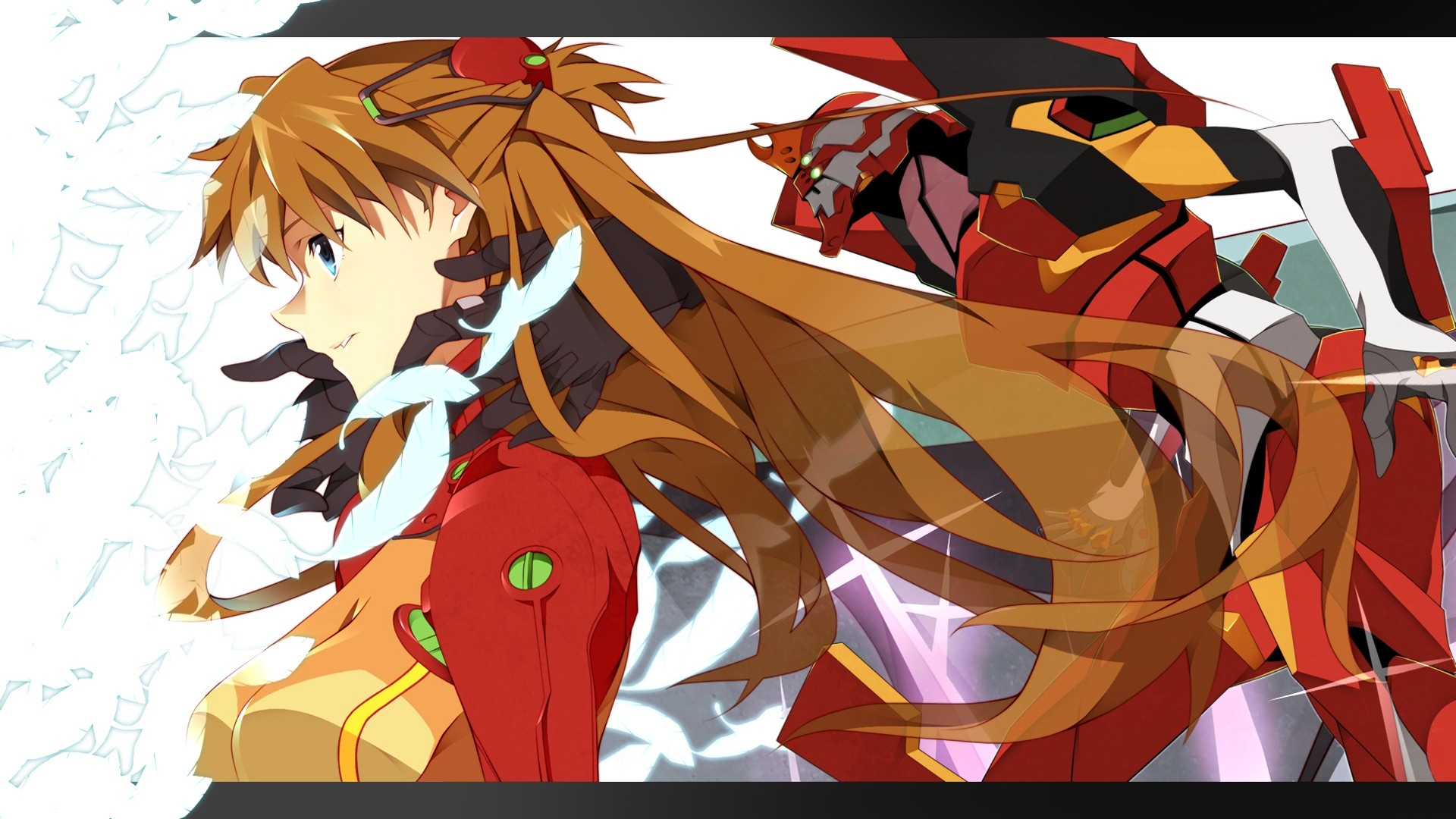 Asuka is the character from the mecha anime from the 90s called Neon Genesis Evangelion, is among the most popular female characters in the anime history. She is an energetic, proud, and kind-hearted girl. She tends to look for other people and her friends. She is designated as the Second Child and the pilot of the Evangelion Unit 02. She is natively from Germany but she holds an American nationality through her father. She speaks fluent German and Japanese and prefers to curse in German. She is a child prodigy and even got a degree at a very young age. 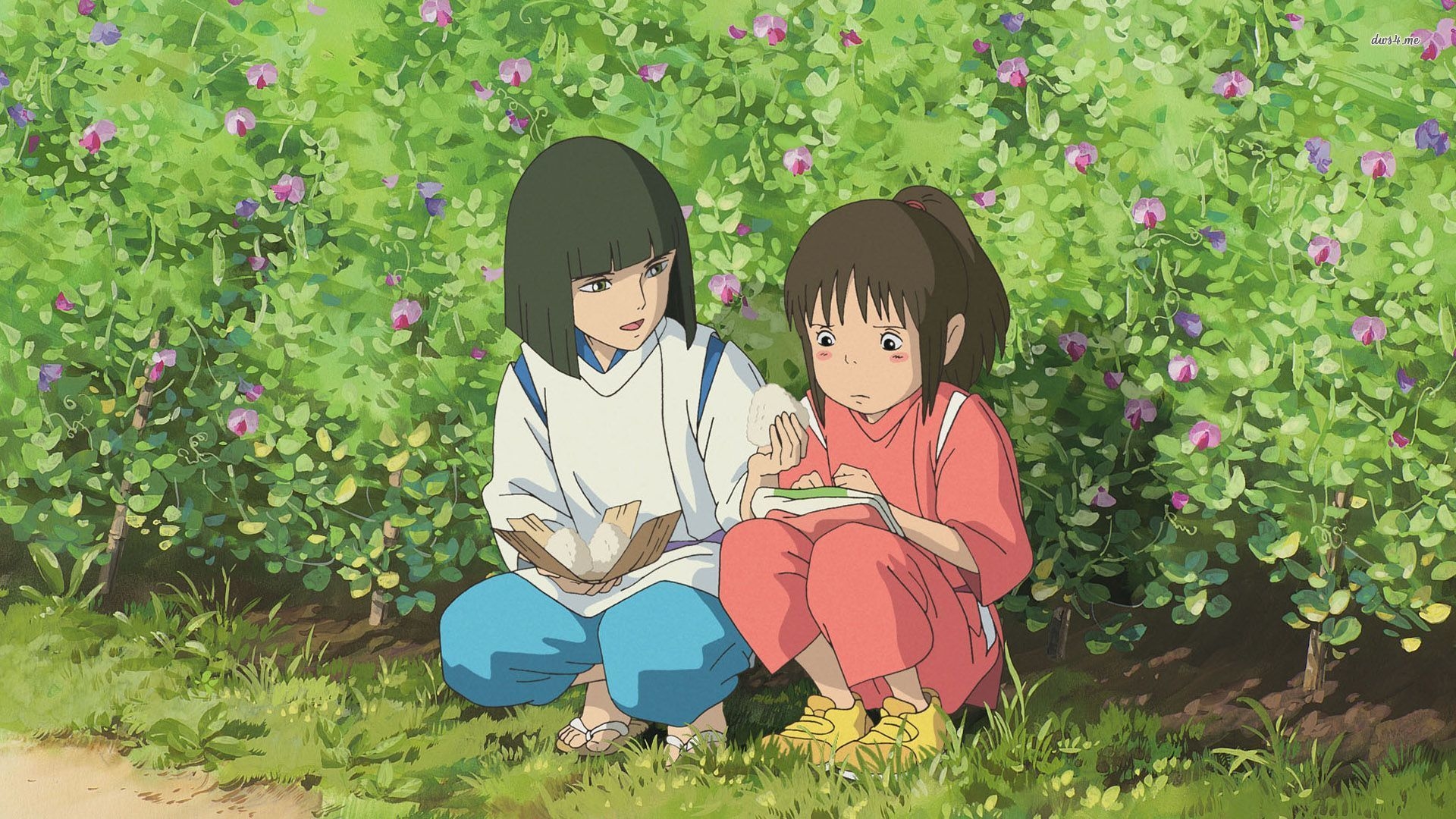 Chihiro and Haku from Spirited Away

Chihiro is a ten-year-old protagonist from Spirited Away, which is regarded as the gateway anime for new fans and a must watch one. She is also called by her nickname Sen in the film. She has a change in her nature and attitude as the film progresses fist we got her slack attitude when she was traveling to her new home with her family but later on gets a little mature as she works hard in order to lift the curse and make her parents back to human from pigs. 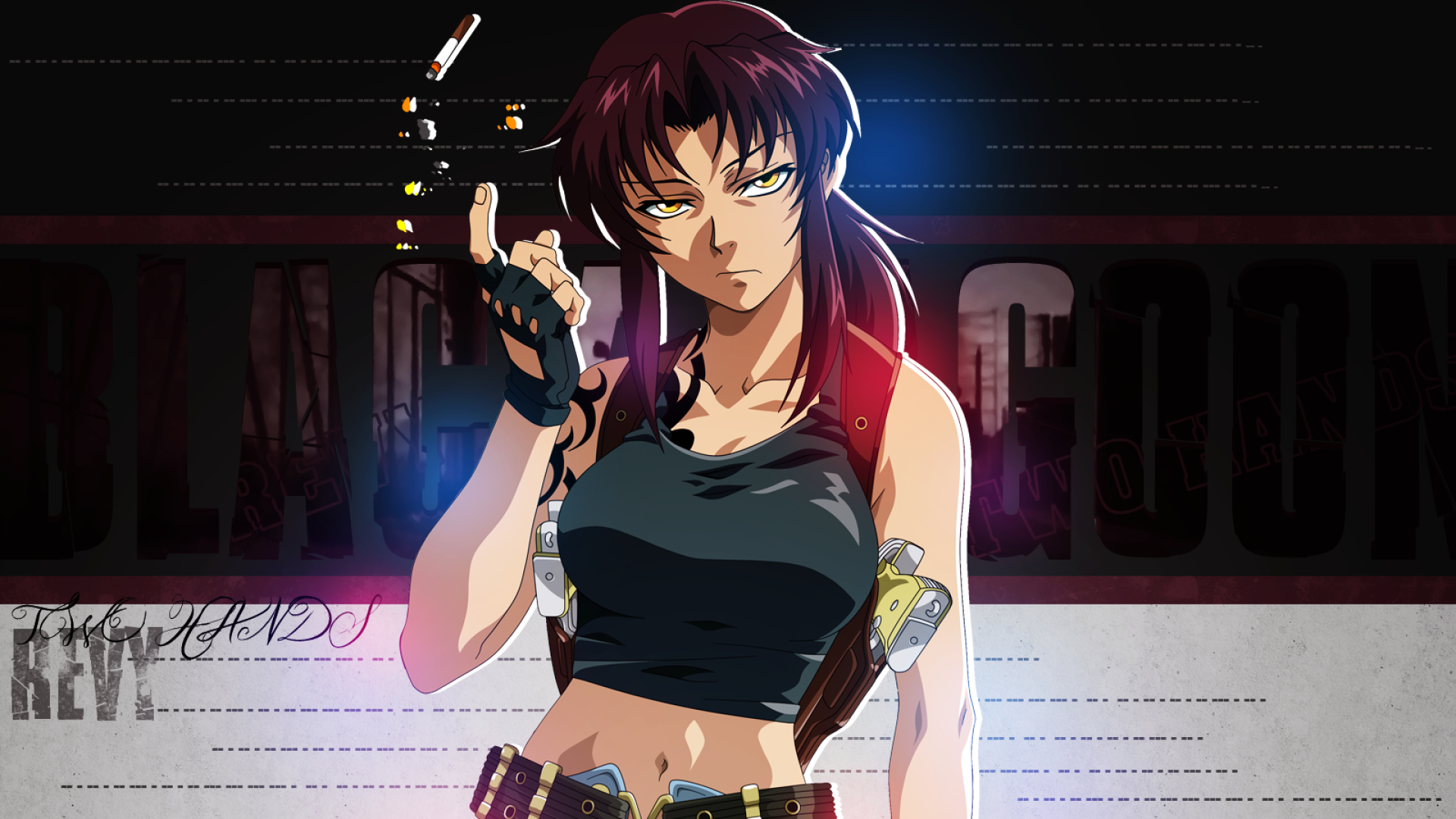 Revy often called out by her real name Rebecca Lee is one of the most badass characters in the anime history and serves as the protagonist of Black Lagoon. She often dubbed as “Two hands” for her gunslinging skills by using both her hands and she is skilled with guns and other firearms, able to dodge bullets without a sweat. She is of Chinese- American origin living in the Chinatown of Manhattan. We get to know some of her past only through flashbacks as to how she got her skills and into this line of work. She is a member of the Lagoon Company. 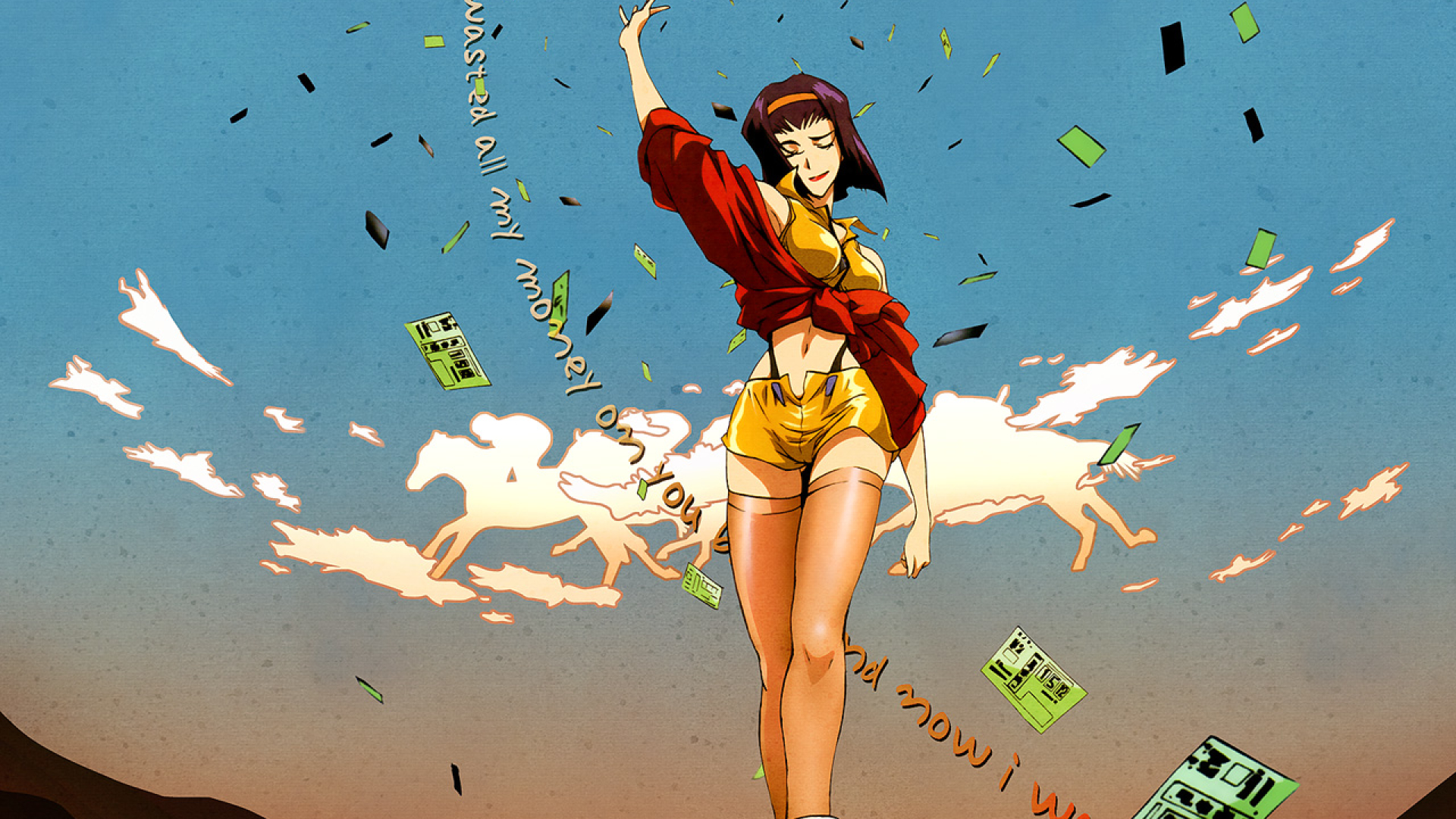 Faye Valentine is one of the members of the bounty hunting crew in the anime series Cowboy Beebop. She is often seen with a cigarette and in a revealing outfit complete with bright yellow hot pants and a matching top. We get to know about the past of Faye in the anime, She was cryogenically frozen after the death of her parents in a spaceship accident and later on gets out when there is proper medication to treat her injuries. So she has a huge debt and in order to pay them, she joins the crew and takes a part of the bounty with the help of other Beebop ship members. She is portrayed as an independent woman who doesn’t need to be dependent on any other as sometimes she travels alone to hunt the bounties. 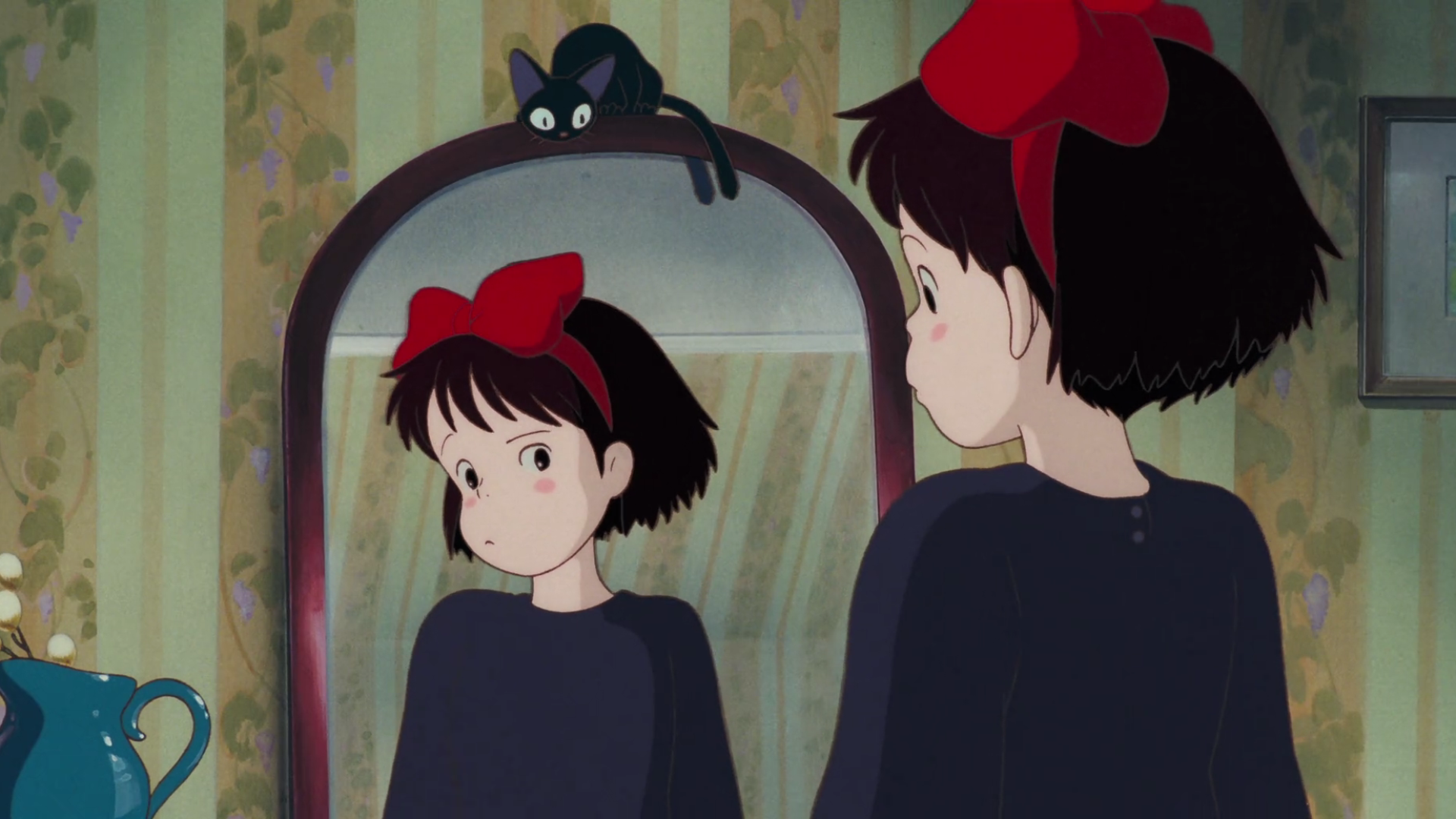 KIki is one of the few leading ladies from Studio Ghibli that are shown self-dependent from the Starting of the anime like she recently turned 13 and now has to fly to another town as to become a fully independent witch. Kiki is also a good example of how a person could self-love and care for oneself. She faces different challenges on how to survive in the new town without the help from her parents, Everyone should see the film and learn from kiki on the quest to become self-sufficient and independent 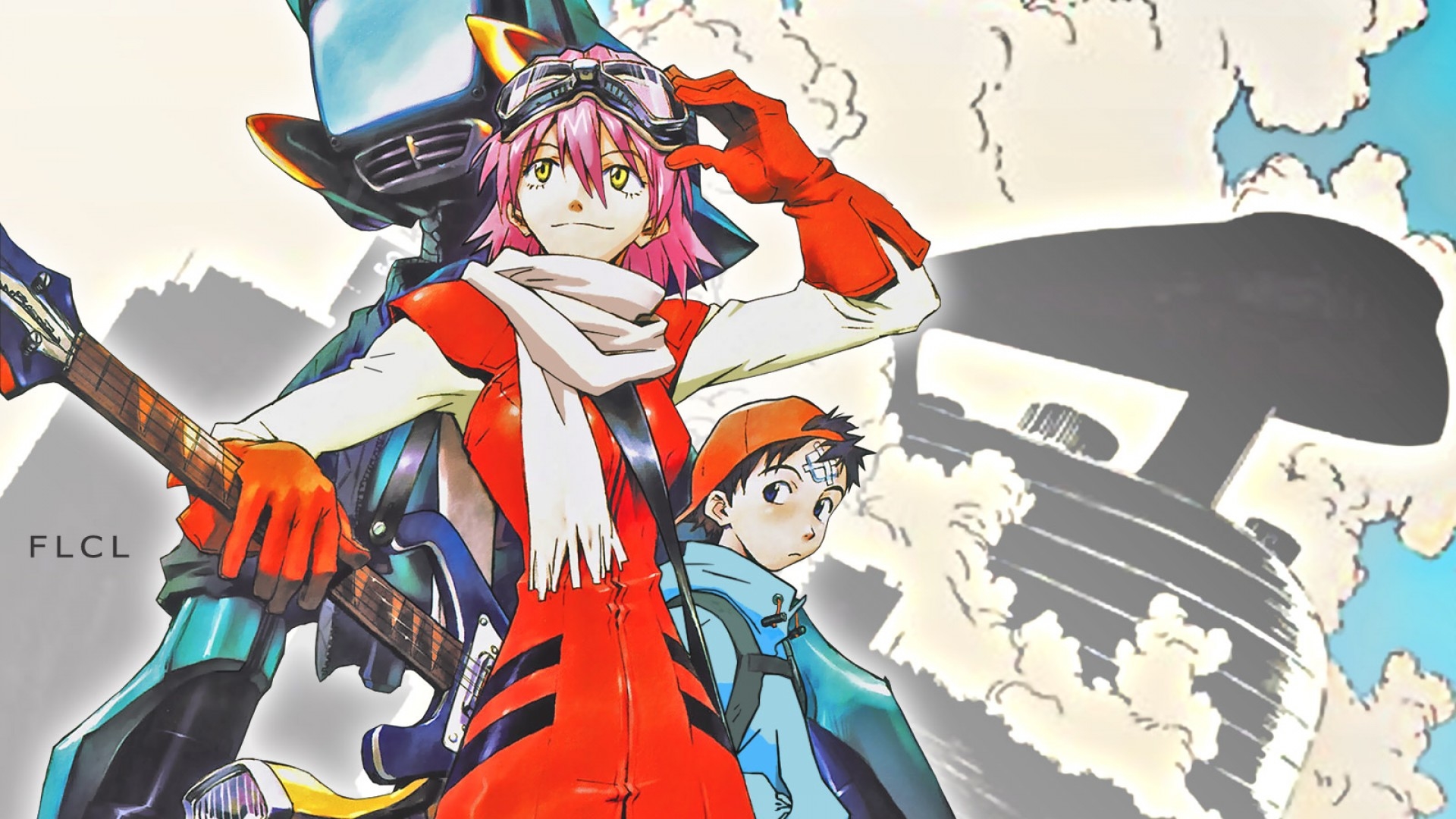 Haruko and Naota from FLCL

Haruko is the perfect definition of a full-on absurd character, she is from FLCL anime. She is from another planet and is a private investigator who works for the Galactic Space Police Brotherhood. She comes to earth in order to search for a space pirate known as Atomsk. Haruko is refreshingly eccentric and unpredictable, and few of the things she does makes sense. She one of the rarest characters to find who is deeply interesting. 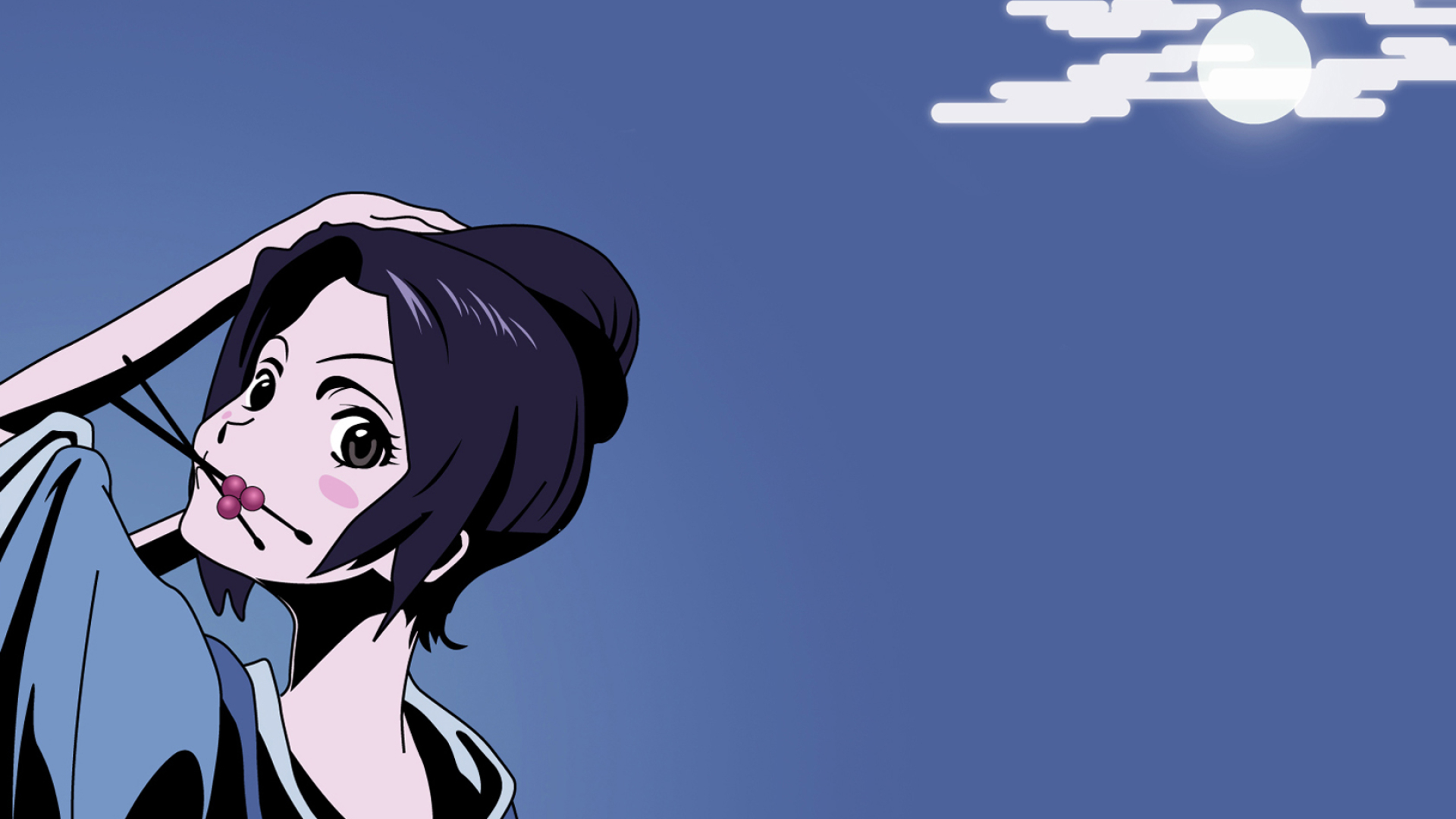 Fuu serves as one of the protagonists from Samurai Champloo, she is an energetic fifteen-year-old girl who works at a tea house before joining Mugen and Jin, who helps her on her quest to find the Samurai who smells of sunflowers. It was later revealed that Samurai who smells of sunflowers is none other than Fuu’s estranged father. She also has a flying squirrel named Momo as a pet who usually resides inside her clothes. 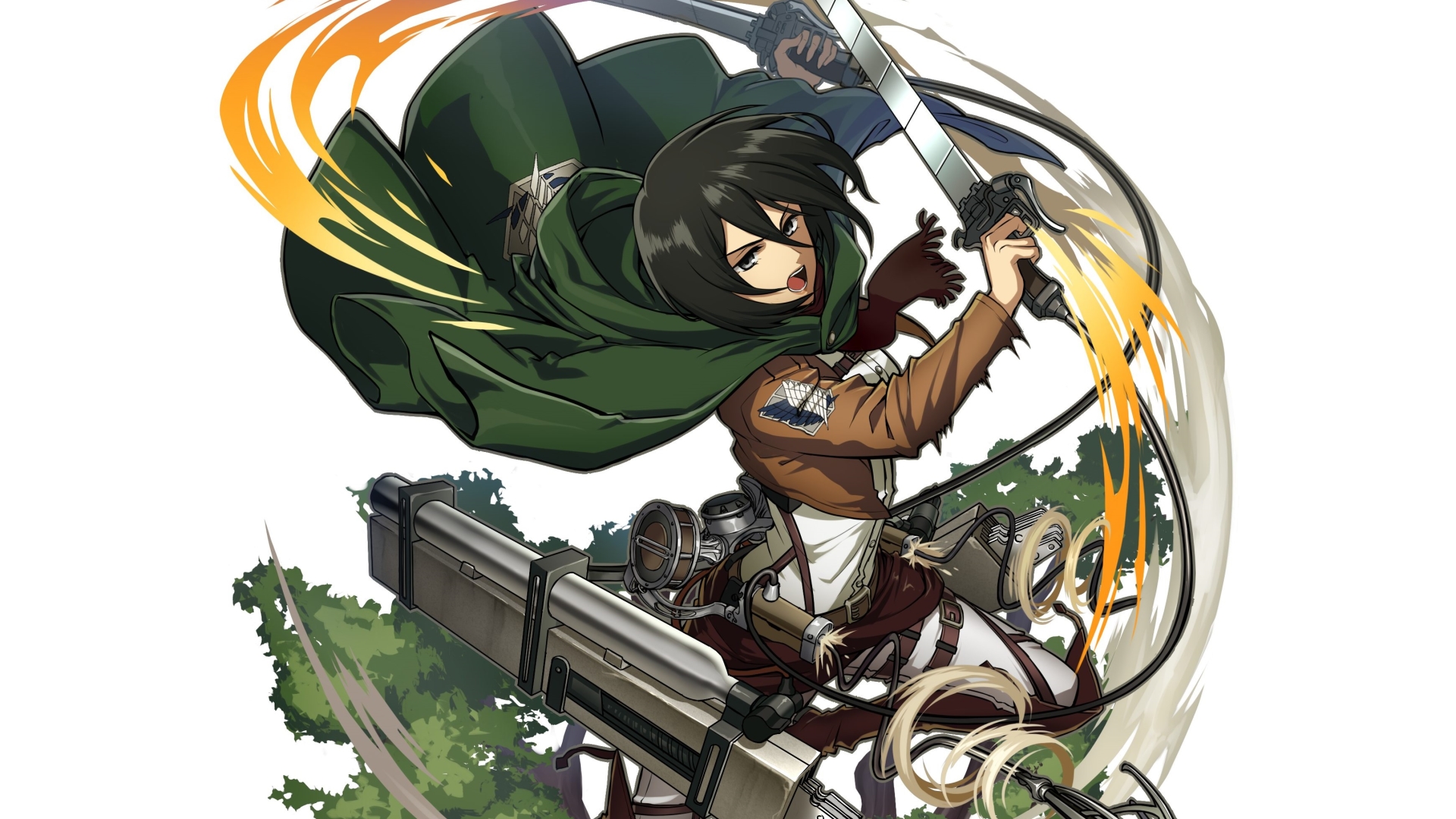 Mikasa Ackerman from Attack On Titan

Mikasa is one of those characters from Attack On Titan who doesn’t speak much and remain calm during the fights. She went through PTSD as her biological parents were killed by hideous criminals and who can forget that she also lives around titans. She is a member of the Survey Corps.