The fourth episode of season 1 of Vermeil in Gold will soon air! The manga was well-known for its manga version, and its anime adaptation is currently fresh off the press. It’s wonderful to see the romantic drama and fantasy manga Vermeil is Gold. Because there is a significant degree of fan service, it can also be categorized as an adult comedy. God knows what happened after the time we witnessed a nude demon! The fan service isn’t the only intriguing aspect of this series.

We can anticipate the introduction of a mystical realm in this series. Overall, the show is quite entertaining and full of surprises. By reading this article, prepare to learn everything there is to know about the series before the release of Episode 4. The tale of Alto Goldfield is told in Vermeil in Gold: A Desperate Magician Barges Into the Magical World Alongside the Strongest Calamity. a magic-learning apprentice who aspires to master all forms of magic.

He discovers an old summoning grimoire; however, just as he is about to fail a course on summoning magic and risk being sent back a year. By enacting its directives, he creates a magic circle, summons a powerful demon named Vermeil, who had been sealed for a long time, and makes her his companion. Alto occasionally supplies the voluptuous Vermeil with the magical energy she needs, according to the passionate kisses she gives him.

Here’s A Look At Vermeil In Gold Episode Recap

Alto is required to summon and create a contract with a familiar in the Ortigia Academy of Magic or risk receiving a failing grade. After failing the summoning ritual the first time, he uncovers an old book and uses the spell inside to call forth Vermeil, a nude demon girl. She embraces him to deplete his mana and promises to serve him as a token of her appreciation. She tries to flirt with him, but he rejects her and forces her to don his sister’s outfit and shoes. She hides her antlers and tail to appear human when he introduces her to the group as his familiar. 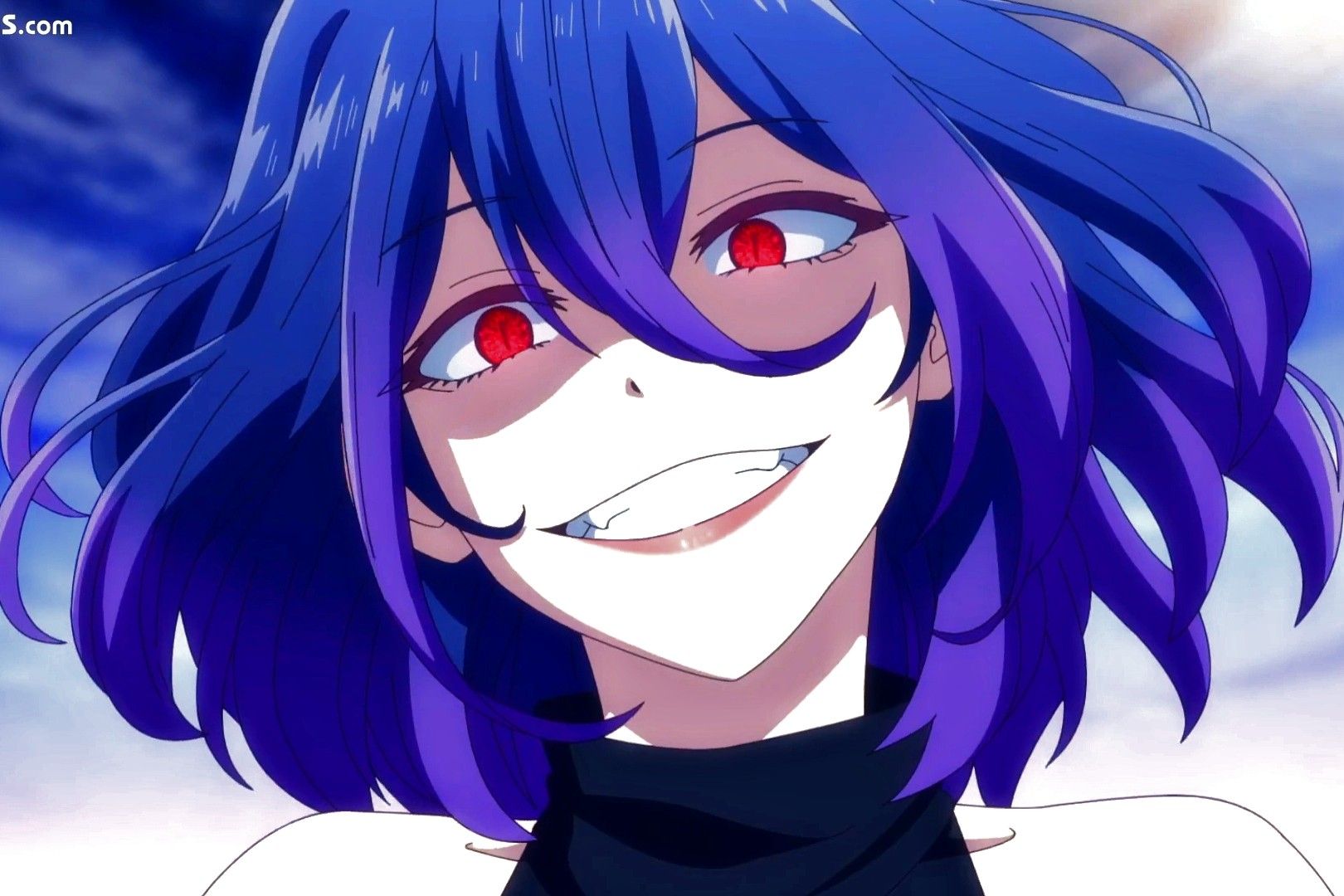 In jealousy, Vermeil’s childhood friend Lilia challenges them to a battle; if she succeeds, Vermeil will avoid Alto, and if he manages to win, she will follow his orders. Sylpheed, Lilia’s familiar, launches a devastating wind strike, which Vermeil easily parries before using tricks to make Lilia so excited that she forfeits. Alto requires Lilia to be Vermeil’s friend. Alto doesn’t trust Vermeil when she later claims that Lilia loves him.

Lilia drains him again with a kiss and claims she must do this or she will vanish. She tries to woo him, claiming that sex will give her more mana, but he interrupts her and says a simple kiss will do. Vermeil stuns everyone by flicking his finger to send a raging dragon hurtling into the horizon. Alto chastises her for making a spectacle of herself. The dragon’s owner and his older brother, Rex, attempt to intimidate them with Rex’s dino companion, but Vermeil boosts Alto’s mana, enabling him to overpower them with his crystalline magic.

Alto claims he wants to become a magnificent image, and Vermeil concurs. The following day, they and Lilia see their pals Marcus and Sharol before the principal calls them and announces that the class representative will be the one who can recover a fairy flower from the forest. A man-eating plant ambushes Marcus while they race, requiring Sharol to attend to him. 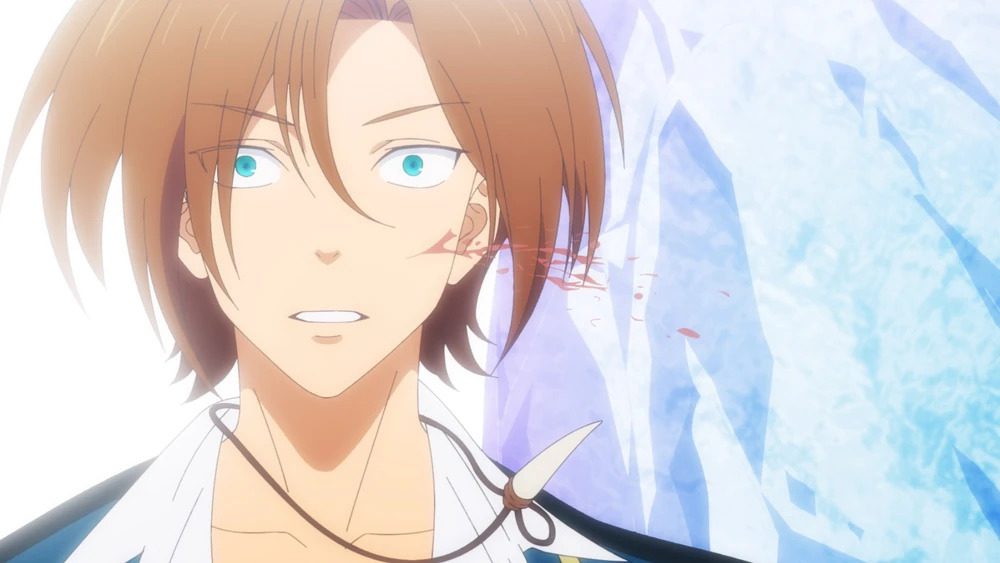 Lilia consumes an invisibility potion after the others discover a cold-ridden Cerberus guarding the bloom. Her clothing, however, is unaffected, so she is compelled to throw them away. Alto and Vermeil defeat the Cerberus because one of its heads was functioning properly, allowing it to detect her. Lilia obtains the flower, but the invisibility fades. She tosses the flower out of embarrassment, and it blows into Sharol’s hands. Everyone else applauds her once she wins the job.

For the first time, Vermeil enjoys eating contemporary cuisine. The Dragonriders then come by, and everyone comments on Chris, one of their number. After physical education, Sharol prods Lilia to tell Alto how she feels while Lilia questions whether Vermeil is human considering her superhuman strength. Vermeil creates a stir by entering the boy’s locker area after Alto. Later, Vermeil makes another seduction attempt on Alto while he is in the shower. 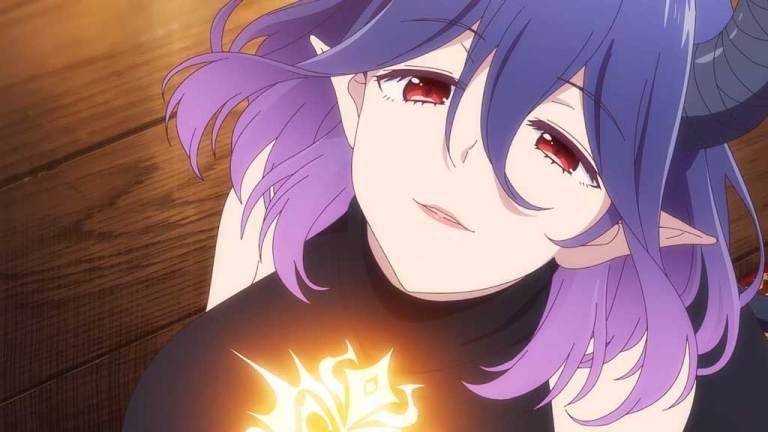 Because Rex lost to Alto and his companion is a dinosaur rather than a dragon, Chris beats him up and kicks him out of the Dragonriders. Alto yells at Chris into a brawl after finding out what transpired. After accepting, she summons her dragon. Vermeil amplifies Alto’s mana, but Chris’ fire abilities are strong enough to break Alto’s crystal structures and harm Vermeil when she resists them. Chris soars into the skies on her dragon, proclaiming that all other creatures, even dinosaurs, are inferior and that dragons are the supreme beings. Alto receives yet another boost from Vermeil, who is out to disprove her.

When Is Vermeil In Gold Episode 4 Release Date?

Where To Watch Vermeil In Gold Season 1?

You can stream all new and previous episodes of Vermeil In Gold on Crunchyroll.