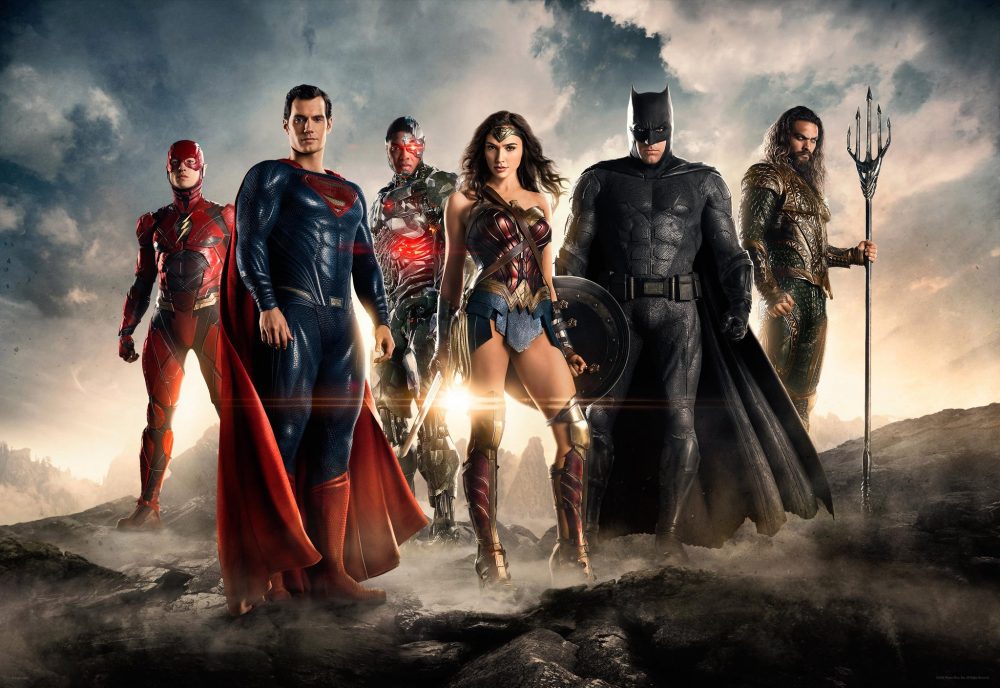 The movies based on DC comics have introduced us to so many memorable heroes and are still fan favorites. With the immense popularity of the movies, they have always broken the box office records. Even though Marvel Entertainment has a larger fan base as compared to the DC Universe, we can’t deny the fact that DC movies have delivered some amazing superhero movies over the years. Many DC movies earned critics’ appreciation, and the actors have received  Oscars as well. So, here we will have a look at the Top 10 Highest Earning DC Comics Movies. 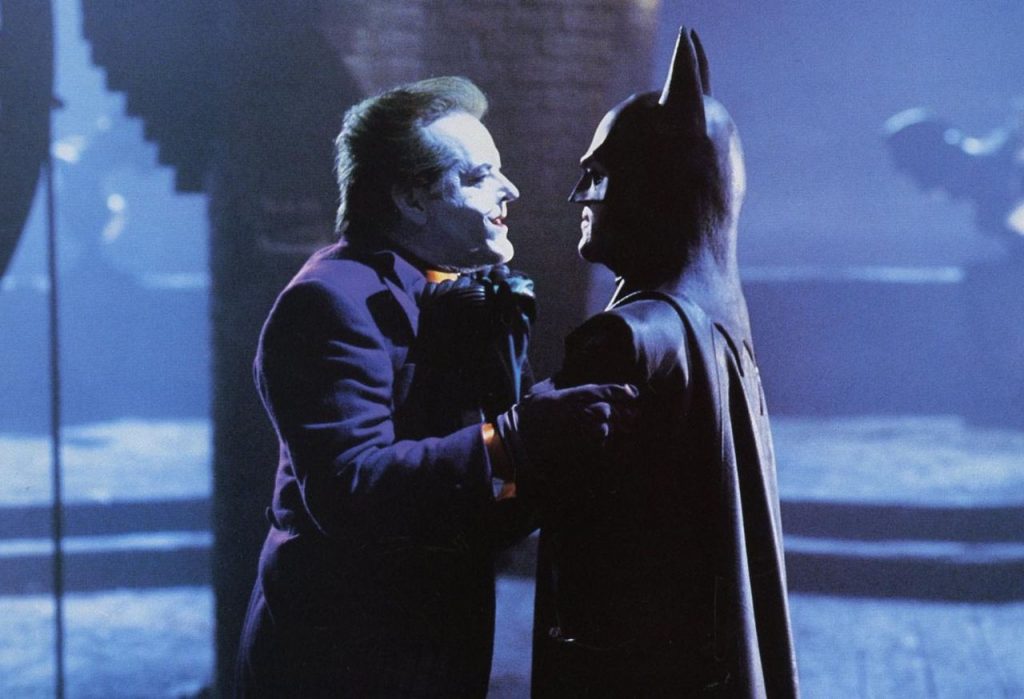 This 31-year-old classic is still a fan-favorite among Batman fans. It was the very first Batman movie directed by Tim Burton.  The movie starred Michael Keaton as Batman and Jack Nicholson as Joker.

After witnessing his parents’ death, the young Bruce Wayne made a vow with himself to always protect the people of Gotham City against those who threaten the city. The story focuses on his struggle as his years of training are put to the test against a psychopathic maniac who calls himself Joker. 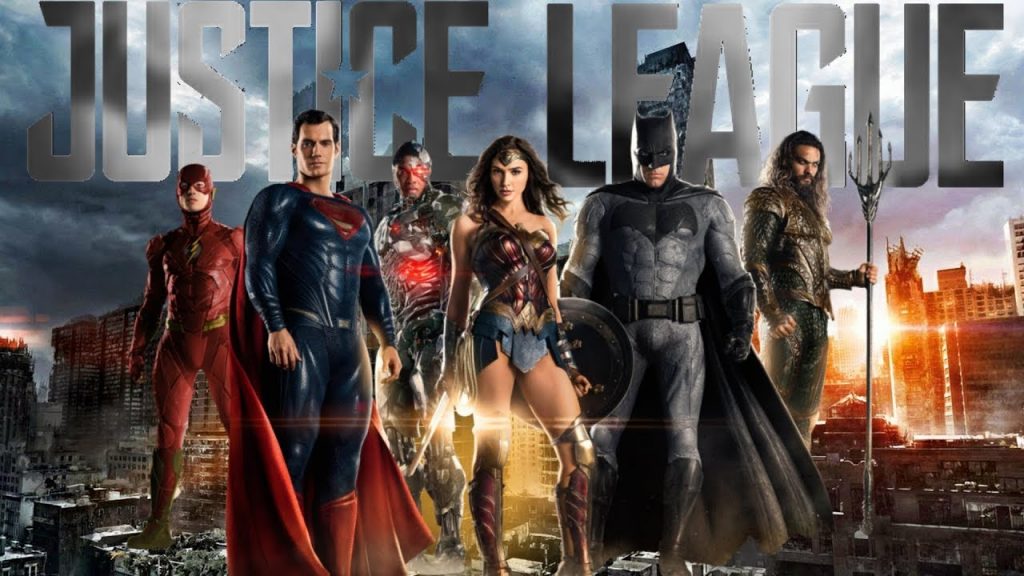 Looking at the movie’s huge gross earning, it won’t be compelling to say that the Justice League had much higher expectations than what was shown to us. With so many of our favorite heroes like Batman, Wonder Woman, Superman, and many more, it’s no wonder that the fans were hyped for it. However, the audience was a little disappointed as the plot seemed a little chaotic.

The story follows where Batman Vs. Superman ended. With humanity losing its protector Superman and a new threat that is shadowing upon the world, Batman takes it upon himself to make things right. He sets out on a mission with Diana Prince to recruit a team of capable fighters who can protect humanity. Now, they must work together and defeat the threat that is coming from outer space. 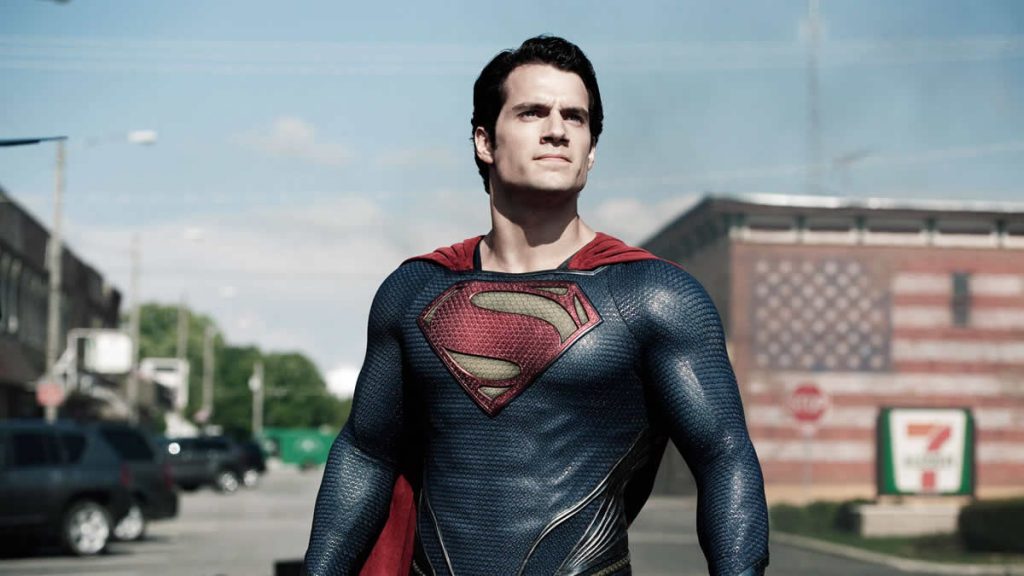 Directed by Zack Snyder and with Henry Cavill as Superman, this movie is still viral among superhero fans. The story is about a newborn child of another planet sent to Earth to survive the destruction of his planet. He lived as a normal boy named Clark Kent with his adoptive parents.

That is until he learns about his extraordinary powers. He then tries to find out about his identity and, at the same time, starts using his powers to save others. But his life is overturned when Zod, a Kryptonian, came to earth to kill him. He told Clark about his origin and wreaks havoc on earth. The story shows how Superman became a symbol of hope for humanity. 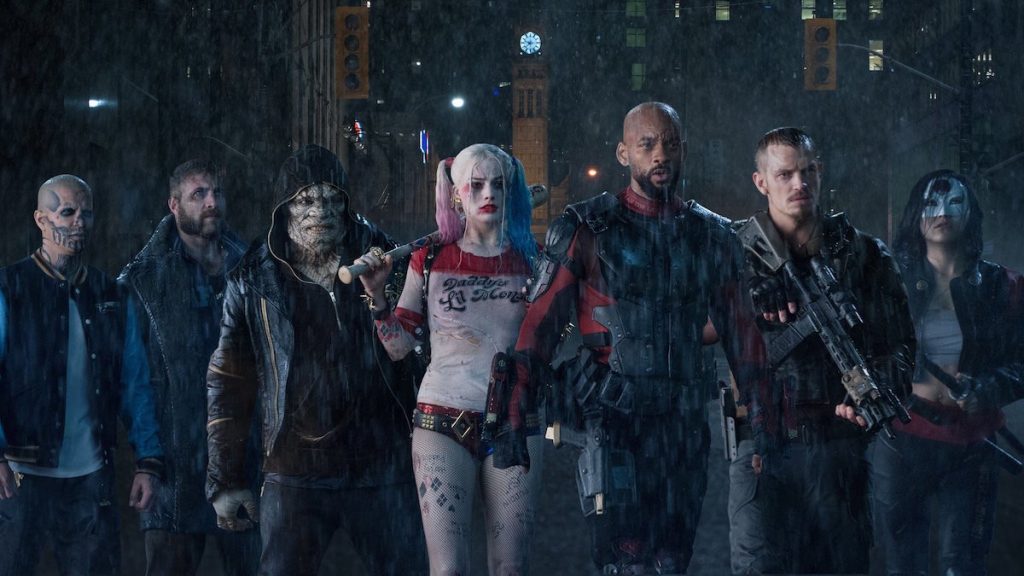 With David Ayer as the director and actors like Will Smith, Jared Leto, and Margot Robbie, the film received mixed reactions. Jared Leto’s role as Joker was the most controversial of all as the audience didn’t think he did justice to the legendary DC villain’s role.

But this created even more hype for the movie and led to it being a huge box office success. The movie had an amazing soundtrack, which included Heathens from Twenty-one Pilots and Gangsta from Kehlani.

The plot is unique as it focuses on the DC villains who are hired by a secret government agency. The agency forces them to work together to save the world from an apocalypse. Now Deadshot, Harley Quinn, Captain Boomerang, Killer Croc, and other supervillains work towards a common goal. However, Joker has some evil plans of his own. 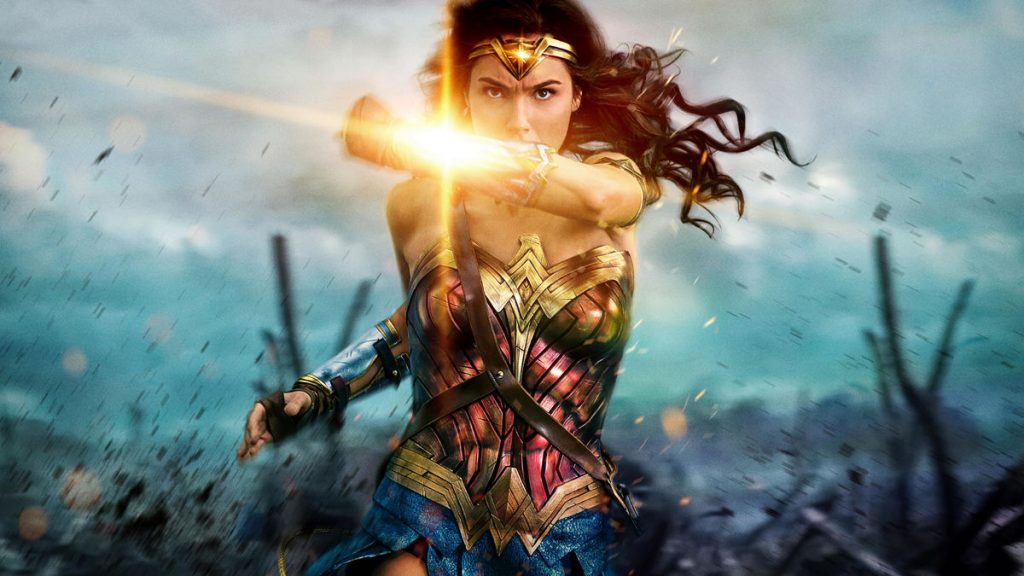 Gal Gadot, playing the role of Wonder Woman, is the first female superhero of the modern era, and it was a huge success. Directed by Patty Jenkins and starring Gal Gadot as Wonder Woman, this movie received fan recognition worldwide.

The Amazons are a group of warrior women who lived on a paradise island isolated from the outside world. They had their lives disrupted when a pilot, Steve Trevor, crashed there. He told them about the ongoing war in the outside world. Now, Diana Prince, the Amazons’ princess, must leave home for the first time to fight the war.

Fighting alongside men for the first time, she discovers her true power and must help them win the war. The story is set in 20th century London around the time of the First World War. Diana left for the war believing that Ares, the God of War, influenced humanity to start this conflict. So now, she must fight the war to end all wars. 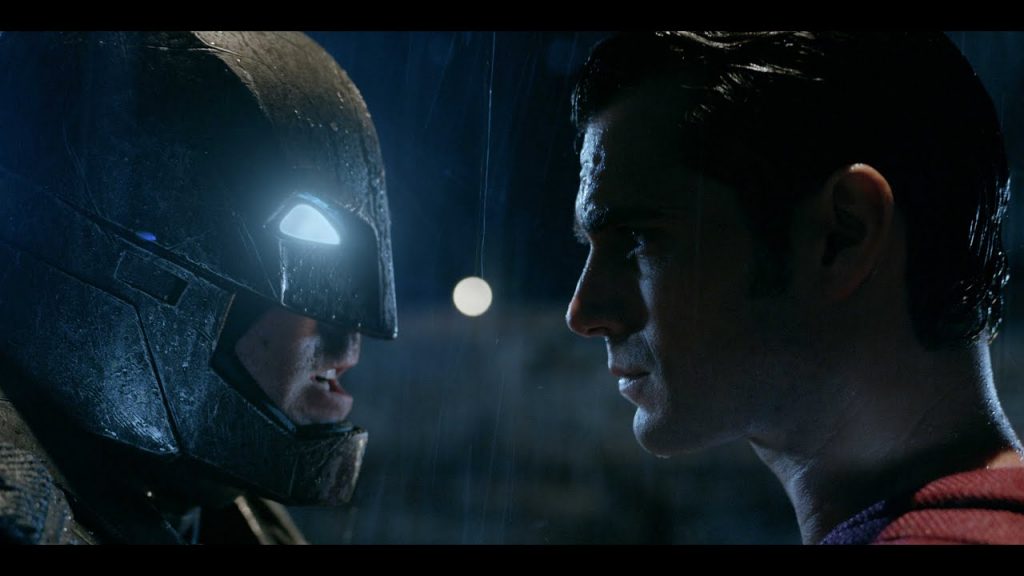 The negative reviews didn’t stop the movie from climbing its way to one of the most successful DC Comics Movies of all time. Zack Snyder directed this movie, which revolved around Batman (Ben Affleck) and Superman (Henry Cavill).

The immense powers of Superman and the fact that evil aliens attack the earth to find him became a concern for Bruce Wayne. Batman thought Superman is too strong to leave him alone. Trapped by confusion and fear that Superman might become a threat to humanity, Batman tries to attack him before that ever happens.

However, Superman tries to avoid their conflict and settle on an agreement. Meanwhile, a maniacal billionaire Lex Luthor has other plans as he tries to use their rivalry to his own advantage that can threaten humanity’s peace. 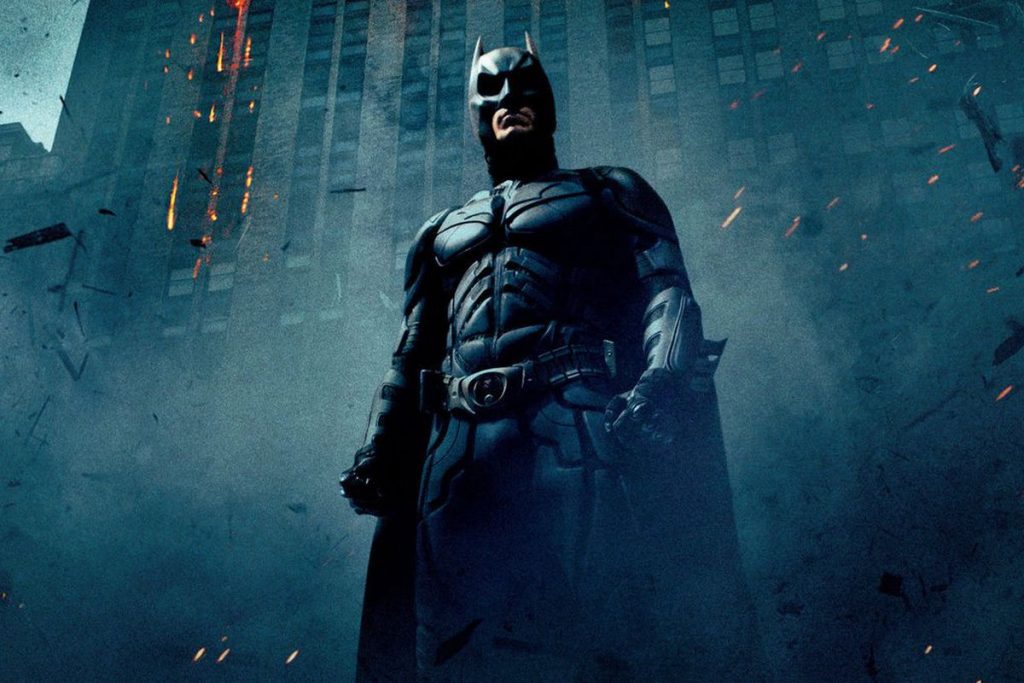 Christopher Nolan’s The Dark Knight gave chills to the audience. The year 2008 witnessed one of the most fan-favorite DC movies. The unfortunate demise of Heath Ledger (Joker) seven months before the release created immense hype for the movie. His commendable acting in the movie earned him Oscar even after his death.

The story is set eighteen months after the end of Batman Begins, where Batman maintains the peace of Gotham City. However, that soon changes when a psychopath, who always appears in a Joker’s attire, appeared. He promises the criminals to get rid of Batman in exchange for a huge amount of money. Meanwhile, Batman and Harvey Dent team up against Joker. Now, Joker puts Batman in a dilemma where he must choose between saving the city or saving the one he cares about. 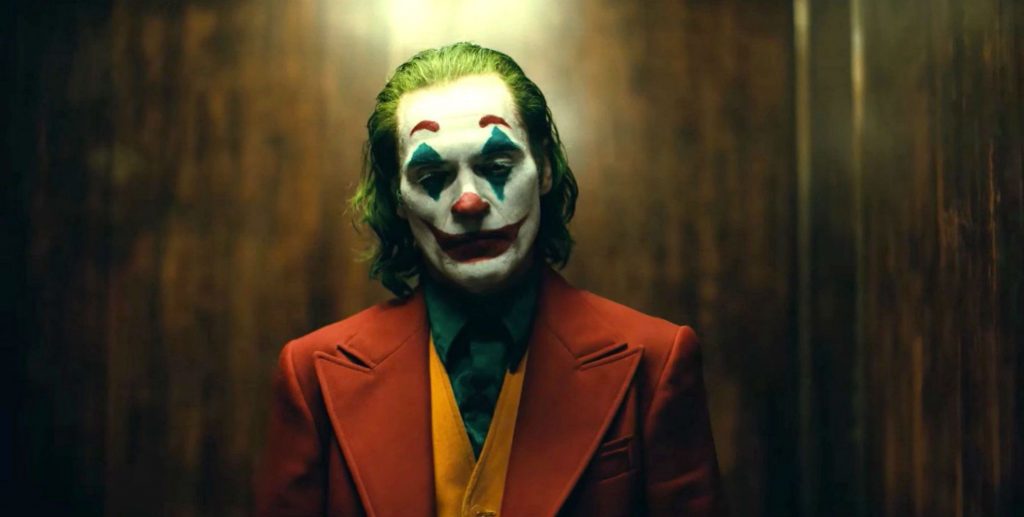 After the legendary performance of Heath Ledger in The Dark Knight, fans weren’t ready to believe that another actor could play the role as well as he did. This became even more evident when Jared Leto was criticized for his role as Joker in Suicide Squad. However, this changed when Joaquin Phoenix played the role under the direction of Todd Phillips. Joaquin Phoenix also received an Oscar for his role as Joker.

Joker is the highest-earning villain based movie of the DC Universe. This movie deals with depression, constant conflicts in Gotham City, and the complexities of human behavior. The story is about Arthur Fleck, a part-time clown in Gotham City when the city was in constant chaos. As someone who had to deal with physical and mental abuse as a child, he grew up with a complex mindset that only became worse as he grew up.

The movie shows Arthur’s journey as he initially wanted to become a stand-up comedian but later became one of the most dangerous Supervillains of the DC comics. 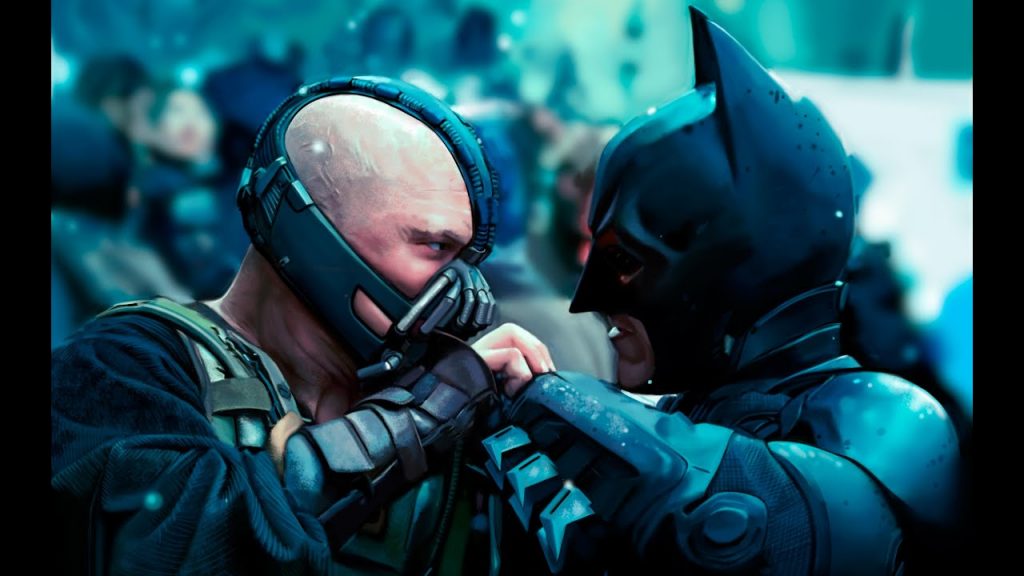 The Dark Knight Rises is the last part of Christopher Nolan’s Batman trilogy. The actors’ memorable performance and the intense suspense of the story kept the audience glued to an almost three hours long movie throughout the end.

Eight years after the terror Joker unleashed upon Gotham City, Batman continues to live a retired life inside his mansion. The residents of Gotham City are curious about the whereabouts of Batman. He made them believe that he was responsible for the death of their hero Harvey Dent as he wanted to keep the public’s faith in the protectors of the City.

But Bruce’s past came back to haunt him when a new threat arrived at the City who want to destroy everything Batman fights for. Now, Bruce must put on his gear once again and defeat those who are a threat to the City. 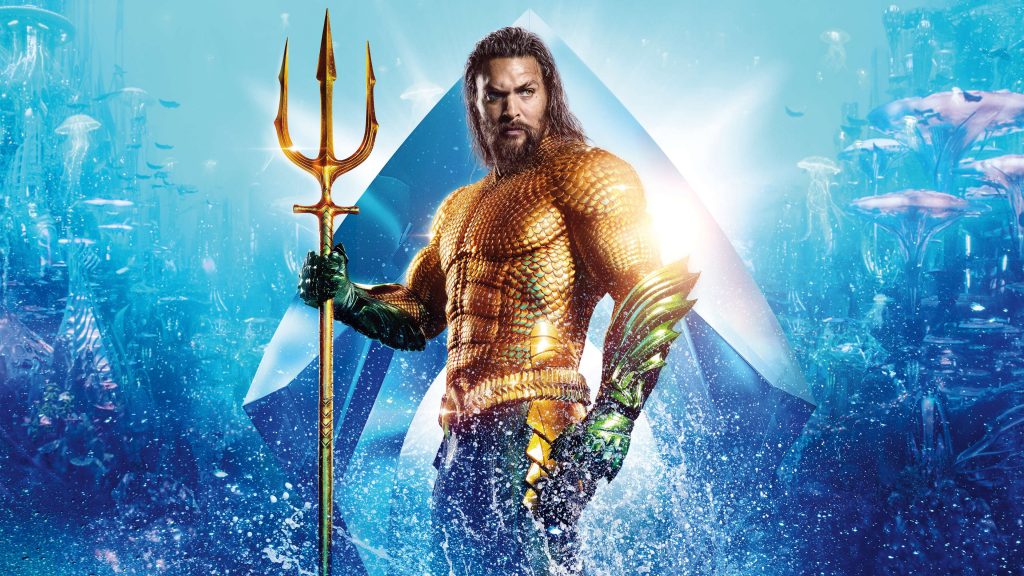 The intriguing performance of Jason Mamoa as Aquaman under the direction of James Wan earned the spot of the highest-earning DC movie. This movie may not have earned the best reviews from the critics, but it is way ahead of other DC movies when it comes to the box office records.

Aquaman is the story of Arthur Curry, a young man who lives alone with his father. Living beside the shores of the surface world, his life changed when his half-brother came to the surface world to claim his life. Arthur learns about his origin and unusual abilities as he is a half-human and half-Atlantian.

With the aid of Mera, he discovered his potential as the rightful heir to Atlantis’s throne. Now, he must take the throne from his evil half-brother and stop the war on the surface world.

These are the top 10 highest earning DC comic movies according to the latest box office results. You can check the official page of the DC Universe on Twitter for the latest updates of upcoming movies.

Is Greg Olsen Related To Merlin Olsen? All To Know About the Dynamic