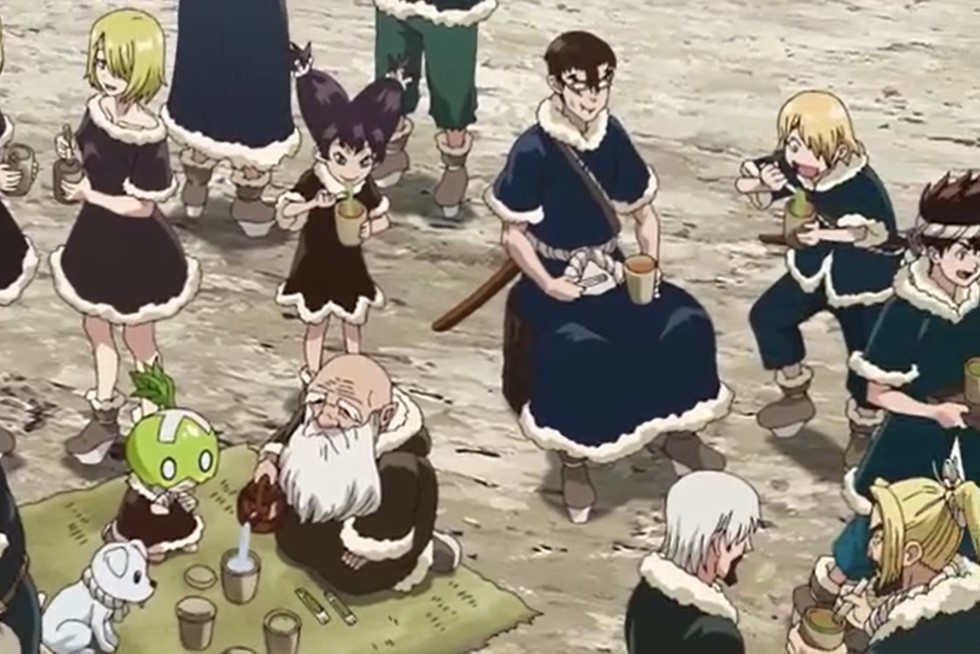 Gen is about to reveal how he was revived while the war between science and power began. A long time ago, a strange like appears out of nowhere and rained down upon the world. The entire world was turned into stones by that light, and after that, the world slowly collapsed. The buildings and everything else all of the civilization vanished after humanity had spent millions of years building it.

But there was one man who had not given up. Even after he was petrified, he held on to his consciousness and figured out what to do. That man is Dr. Senku, and one day during the summer, humanity was purified. Senku awoke all alone, and he survived in the dangerous forest since he is a science whiz. He has managed to make the revival fluid. He brought back humanity to live using the power of science.

New latestDr. Stone: Stone Wars Season 2 Episode 2 will be released on Thursday, 21 January 2021, at 10:30 PM JST. Dr. Stones can be streamed across different official streaming platforms; you can stream it on AnimeLab, Crunchyroll, and Funimation. Let find out how the science whiz is planing for the upcoming war below. 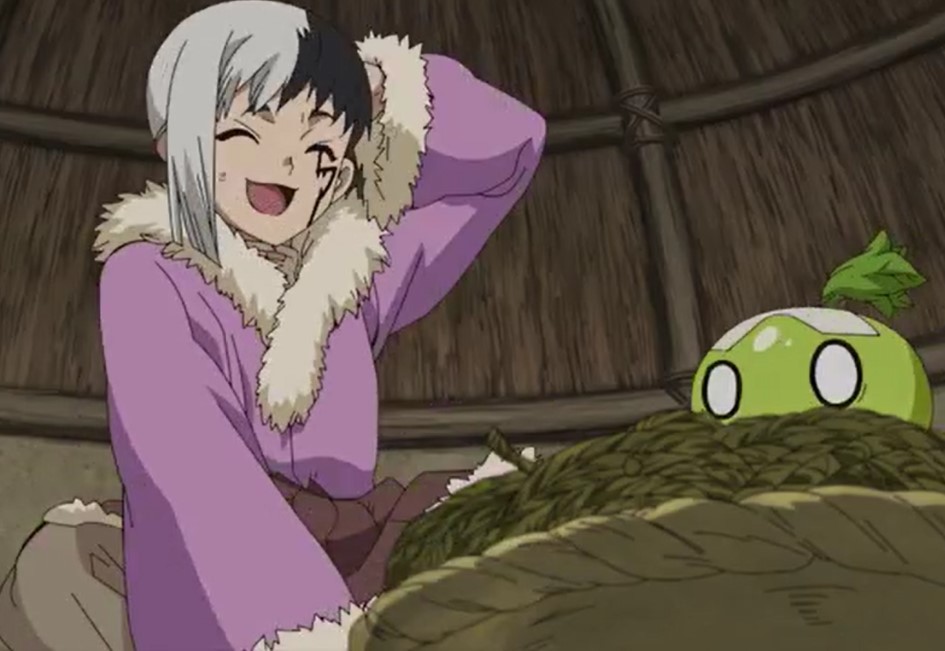 Senku tells Gen not to slack, and he must continue to do his work. Gen narrated the story to the kids about how the mighty Tsukasa was revived. Senku and Tsukasa had some disagreement and parted ways. He built a kingdom of science on top of the village to fight Tsukasa. Gen asks Senku what they are going to make next since they have already made a cell phone. Senku revels that they are going to create a super item science project.

Gen asks what a super item is, and Senku replies that they will defeat the Tsukasa Empire with agility and speed. He said they are making humanity’s greatest survival science product: space food. Gen is excited that they are making another craft that could not possibly belong in a stone world. Senku and others meet outside talking about space food. Suika asks what space is, and Chrome points up, saying it is way above the sky.

Saski said he could not wait, and Koharu said there is nothing special it is just-food. Senku comments that they are upgrading their favorite foxtail millet ramen to be fit for battle. Kukuyo asks why do they need this space food ramen for battle. But he answers himself that they are launching steaming hot ramen at the enemy. Ruru replies that she doesn’t think they are talking about. Senku explains why they are creating ramen.

Gun reveals that Tsukasa doesn’t want to attack in the winter because he is still looking for the workforce. Senku comments that in this stone world, a mega-cold winter battlefield is hell. But they can overcome that problem with science, a proper warm meal that they can prepare instantly. That will give them a ten billion percent advantage, and it is an ultimate weapon in a winter battle. Senku said that it is the final super item for their attack on the Tsukasa Empire.

The science kingdom started to make ramen for the upcoming battle, and Chrome starts to build a machine to upgrade that ramen into space ramen. Kohaku finished making ramen. Senku surprises everyone by saying that they are freezing ramen to solid. Ginro asks why they are freezing all of the delicious ramens. Kinro tells him that rules are rules he must work without complaining. Senku and the crew worked day and night to finish up their science project. 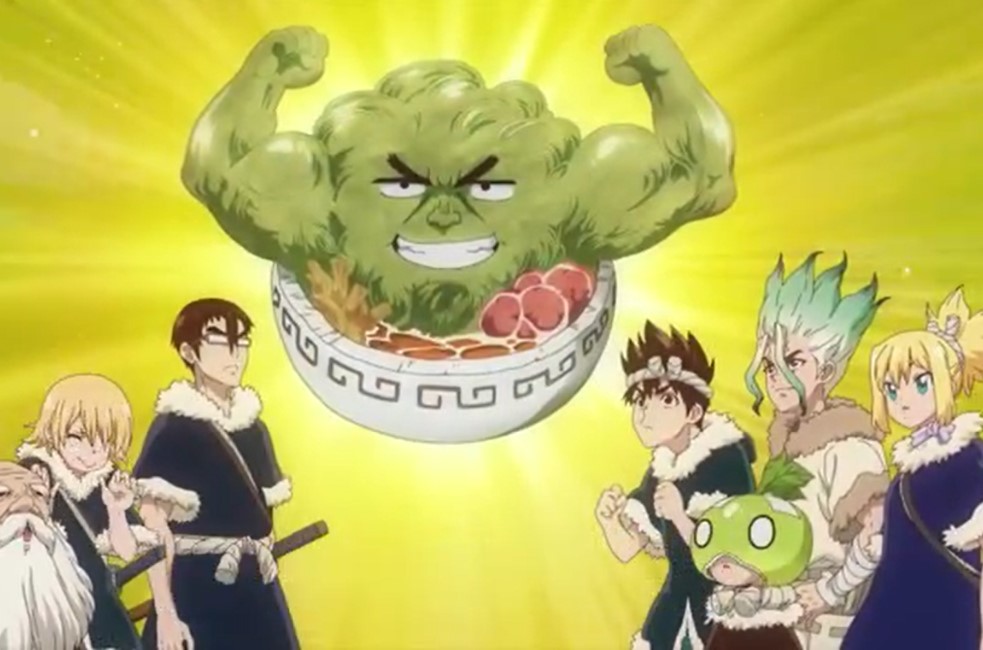 The next day they finished freezing the ramen, and Kohaku asks if it is space food. Senku replies that it is not finished yet since that is just light ramen, and they are still making cup noodles. Gen and others keep on asking him about ramen, and he answers them. Senku said they would dry the frozen ramen, and it will be the birth of freeze-dried food. Chrome and Saseki have finished making a free drying machine.

Senku came and praised the two, and after a few minutes, he presents freeze-dried ramen to everyone. Space food is now acquired, and Ginro comments that it looks gross, spongy, and rough. Senku tells them to wait and witness the power of science, and he puts hot water inside the bowel. When they look inside, it looked delicious, and Chrome tricks them into tasting the ramen first. He shouts yummy when he tastes it, asking if it is him, and everyone enjoyed eating ramen.

If you miss the previous episode’s recent updates, take a look here; Dr. Stone: Stone Wars Season 2. That’s how we end this week’s post with everything that has been offered above. Let us meet every Thursday again.