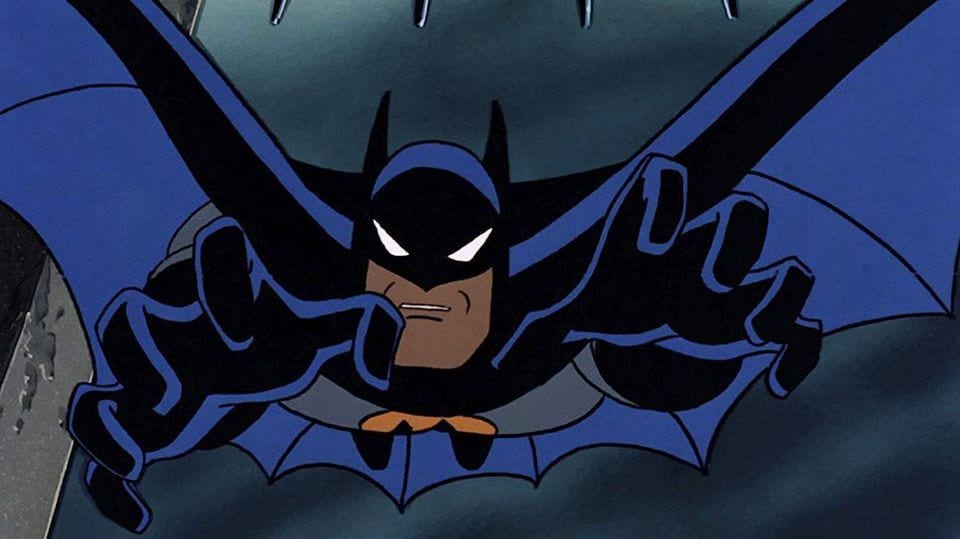 We all know that the Marvel Cinematic Universe has dominated the big screen for a lot of time, but obviously, when it came to the small screens, no one could compete against DC. The animated show in this franchise, such as Batman: The Animated Series, and Young Justice, are pretty iconic. They have even served as a source of inspiration to all the movies and games, and comics. Obviously, their rightful status lies in the form of fan-favorite. Although, what is up with other DC shows then? We know how some of these content had the cult following them, but there surely were some of the projects that did not receive the amount of attention they should have. This is when we shall stop for a bit and provide other DC shows some credit for it.

The Batman had the saddest situation of being the first-ever reboot of Batman after the DCAU. This was when we witnessed that Rino Romano filled the position left vacant by the iconic performance of Kevin Conroy. Obviously, we saw that The Batman did well enough to go on for several seasons. However, the series never had the same fanbase as was shared by Batman: The Animated Series.

Although, there was a reason that this show detracted some of the fans while was appreciated by others was its own uniqueness. We never witnessed that Batman was trying to rehash what came earlier, and the scale ranges from the character to the animation. Everything the show’s creators ever did was to make The Batman unique. Even though the show was not according to everyone’s liking, it has surely gained many fans over the years.

This show never really reached the same kind of popularity as was done by Batman. Also, it is pretty hard to conclude why would Superman: The Animated Series failed among critics when its sister series, Batman, actually excelled at all those points. We have Tim Daly, who executes the Superman, also known as Clark Kent performance with such excellence. Even the villains in the show have been wonderfully updated. All this while, Clancy Brown is also listed as one of the top tier version of Lex Luther.

In a bit of a nearly identical situation, we have seen how Beware The Batman has suffered from a major lack of audience. This show employs more of a neo-noir sort of vibe and lays its entire focus on obscure villains such as Professor Pyg and Magpie and Deathstroke. Beware The Batman also pays its tribute to The Green Hornet by providing Batman, a driver who also happens to be his partner, Katana. Sadly, the only issue with this show was it having a dark 3D animation.

This really detracted all the people from even watching it. It also did not help against the fact that the people were becoming tired of Batman’s so many constant reboots. There even happened to plan to introduce The Joker and some other iconic villains across the multiple seasons in the show. Although, Beware The Batman got canceled just after one installment.

Obviously, we know how people hate it when a good show comes to an end just after giving away one season. This happened to be the same case with Green Lantern: The Animated Series. It was scheduled to collide its plotline with the 2011 Green Lantern film, which eventually turned out to be a flop. This might have played a part in why there we so few people who ever watched the series. Unfortunately, this is one of those gems in DC that people have overlooked, even though it is amazing.

The show goes on to develop its own set of the spin of the mythos of Green Lantern. It also does this while honoring what has previously been written down in comics. Obviously, the show’s action, along with the characters and the animation, was all done very well, but they did not bring in enough viewers to provide a long run.

Static Shock has been developed in the same universe as Batman: The Animated Series. It can be considered one of the first time Milestone characters have ever been adapted onto the screen. Well, the show was not as successful as many other shows available in the DC Animated Universe. Although the show has gone on to receive the attention, it should have received over the years. On the other hand, it is a fun series to watch a teenage superhero.

At the same point in time, the show was not quite afraid to bring in some of the darker topics and themes. Also, there is a new Static film produced by Michael B. Jordan, which is why many thank the show for making the character even more exciting.

This original Teen Titans show from 2004 before it got a reboot into the divisive Teen Titans Go! It remains one of the favorite shows of fans to watch. The creators have the antics of an anime film with the epic superhero action drama. Thus, all of such factors made Teen Titans a truly unique series. All this while, each of the voice actors ranging from Khary Payton lending his voice to Cyborg to Tara Strong enacting Raven’s character, have become iconic in their own set of ways.

This series happened to be the first to introduce the audience to Cyborg and Deathstroke (as for all the non-comic readers). Any DC fan who likes watching the classic original content of the universe should definitely check this one out for entertainment.