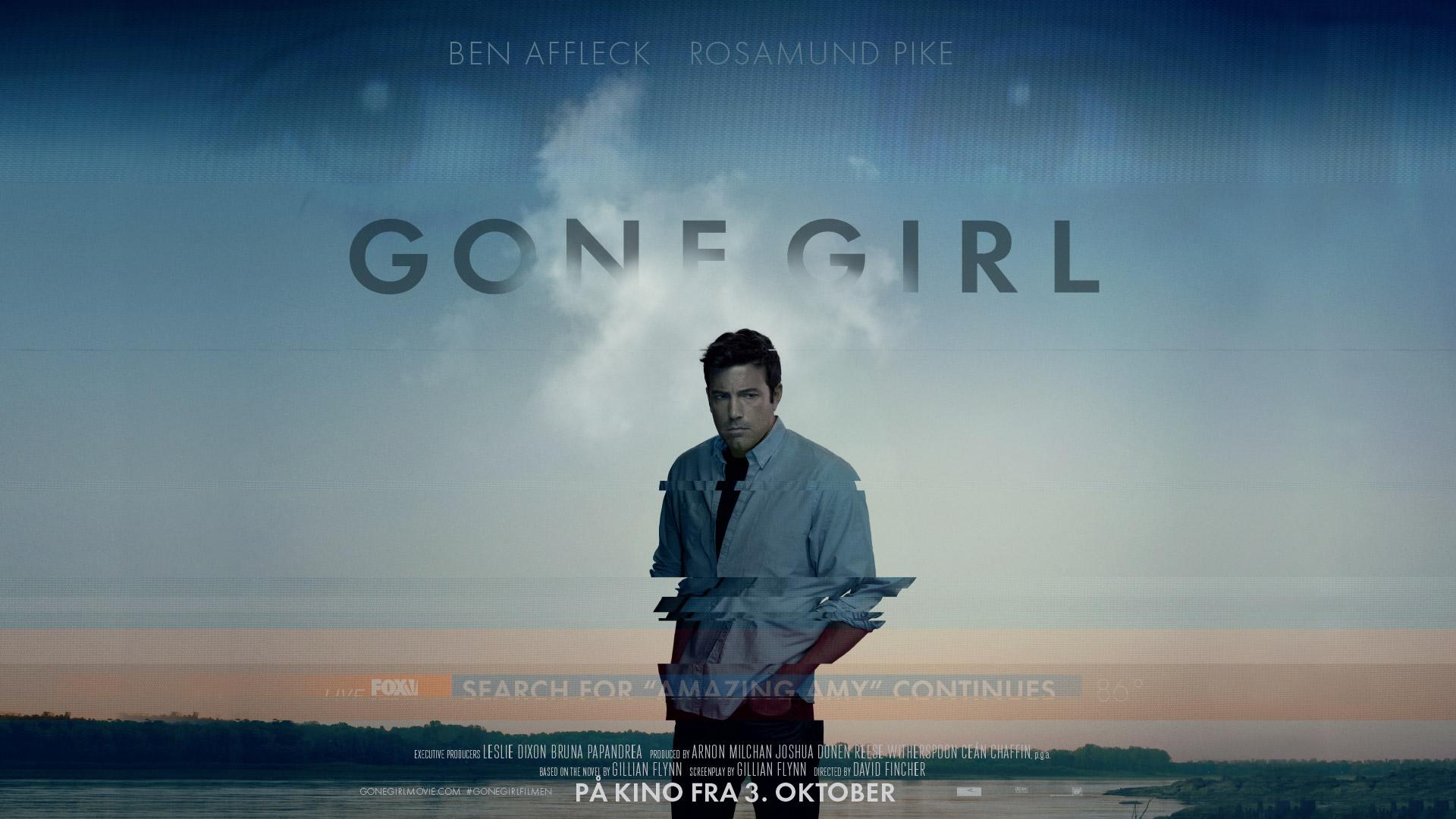 ‘The Invisible Guest’ is a bone-chilling mystery thriller film from Spain, which was debuted in 2016, and this movie was directed by Oriol Paulo. This movie is the second thriller film which is directed by Oriol. This movie is considered to be the best thriller film ever created with an 8.1 IMDB score out of 10. The plot of this movie is bone-chilling and jump you out of the bed as it scares the S out of you not because of how horrible this film is but rather how cold this film this is. At the start of the movie, a young man finds himself locked up in a hotel room (from inside out) and finds himself that he is stuck there with a dead body that sits beside him. Suddenly, he finds out that the dead body beside him is none other than the body of his lover.

After, knowing this fact he is perplexed and scared as his minds take a weird journey to all the places. He constantly thinks many questions like Who did this?, Why someone would do this so bizarre and ungrateful?, Why am I stuck in this room with my love who is dead?. To get to the truth he hires a prestigious lawyer and over one night they work together to get to the truth and they work against the time too. If you are looking forward to seeing movies which are this cold and mysterious as this movie we have got you covered. This list will cover seven different movies, just like’ The Invisible Guest,’ these movies that are in this list will be easy to find as they all would be available on Netflix, Hulu, and Amazon Prime. 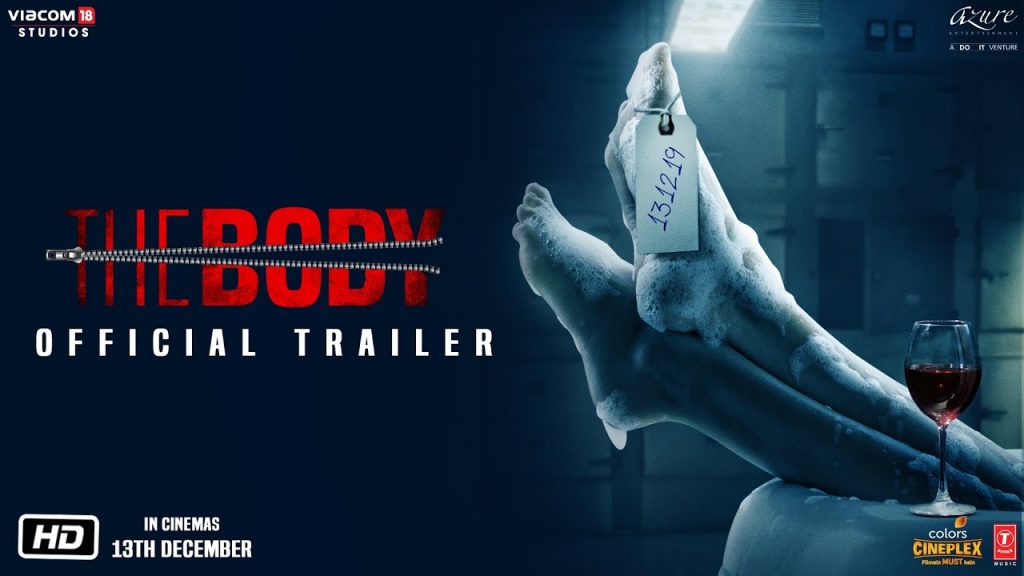 ‘ The Body’ is a 2019 Indian Hindi language mystery thriller film which is written and directed by Jethu Joseph. This film stars some talented actors in Bollywood Industry and they are Emraan Hashmi, Rishi Kapoor, Shobhita Dhulipala and Vedhika. This movie is the official remake of the 2012 Spanish movie named the same. This movie is cold and seeps into your skin with some Bollywood twist in the air. This movie revolves around the characters named Ajay and Jairaj. When the body if the powerful businesswoman goes missing, an inspector is assigned to find her body and to dig up the truth that who did this to her. But, when the inspector questions the husband something seems fishy and truth starts to unfold itself. This movie is a great piece of art and a sudden twist makes this movie interesting to watch. 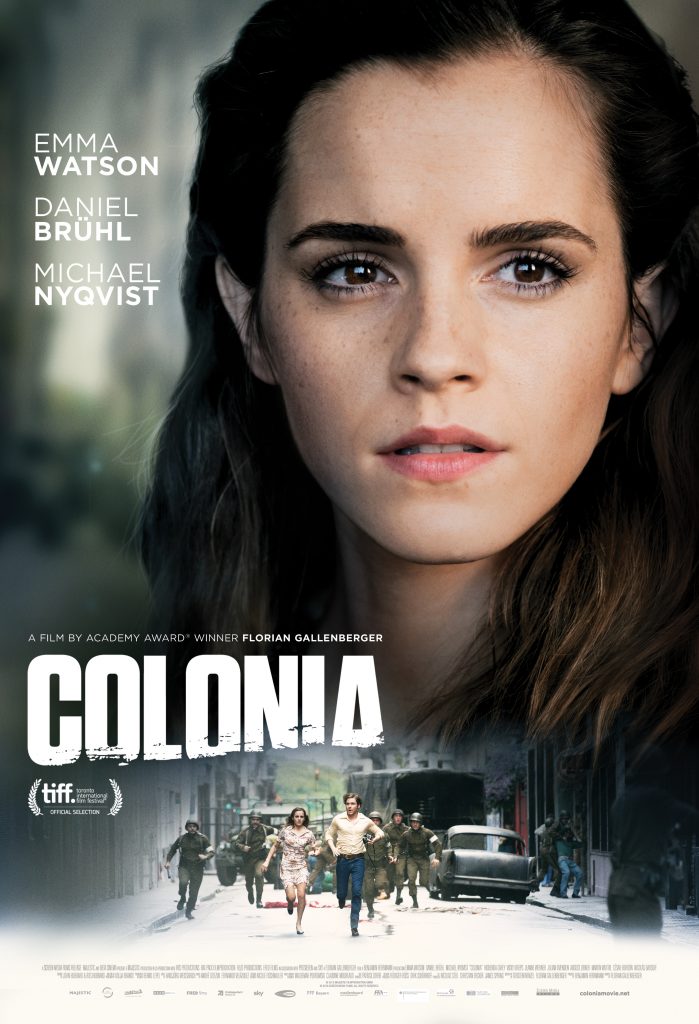 Colonial also known as The Colony is a 2015 historical romantic thriller film which is directed by Florian Gallenberger and is produced by Benjamin Hermann. This film stars Emma Watson and Daniel Bruhl. This movie is set in the background of the 1973 Chilean military coup and the real Colonial Dignidad, a notorious cult in the South of Chile. In this movie, Lisa which is played by Emma Watson sets out a dangerous mission to rescue his boyfriend which is abducted by the notorious Colonial Dignidad which is run by the German cult. This movie is based on the true event and tells us how history went down in Chile. This movie doesn’t skip a beat to tell how war can be dangerous and lead to disrupting society. 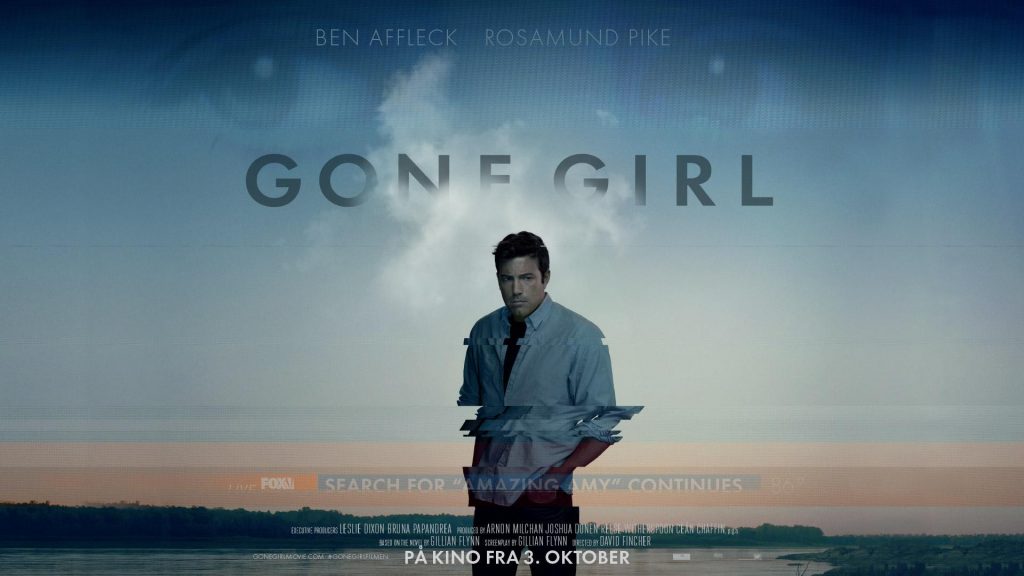 Gone Girl is an American psychological thriller film which is directed by David Fincher. This movie is inspired by the 2012 novel of the same name, which is written by Gillian Flynn. This movie stars Ben Affleck too and with him Rosamund Pike, Neil Patrick Harris, and other crew. This psychological film is just nerve-racking to watch because it puts the viewer perplexed as no one knows where the plot is heading. This movie revolves around a couple (Nick and Amy Dunne); they live in a small town in Missouri. One day, Nick calls the authority as she is missing, but the behavior of Nick is not appropriate. Is he lying? And between this frantic investigation, which is lead by detectives, Nick is fighting between the opinions of the people and media. 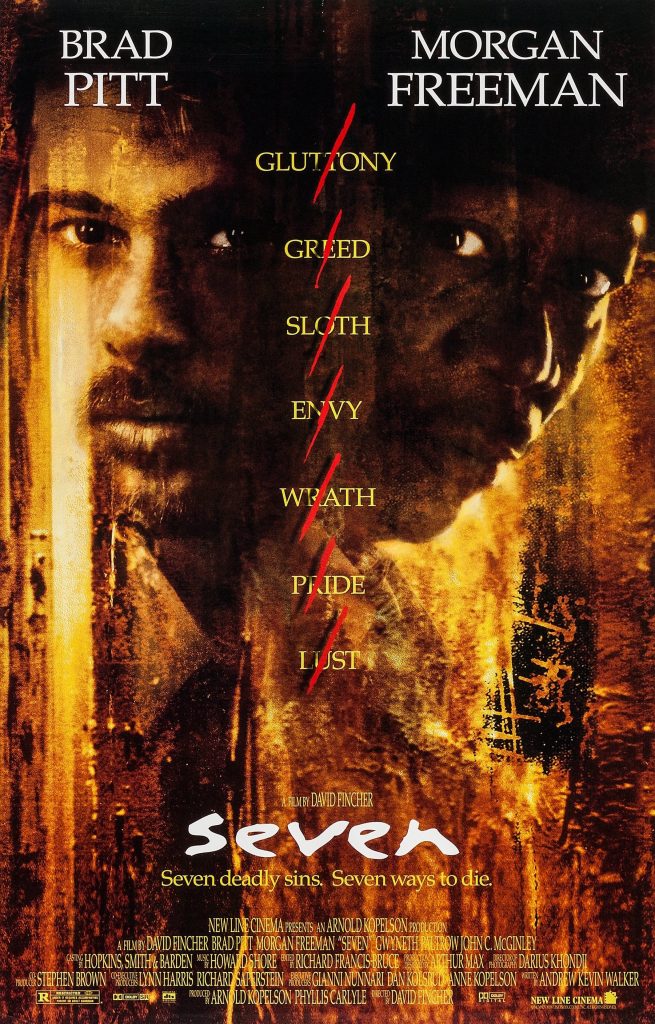 Seven (stylized as SE7EN) this movie is considered one of the best thriller movies of all time. This movie was debuted in 1995 and is considered a classic American movie and is considered as the best works done by the individual casting crew. This film stars some legendary actors and actresses, and they are Brad Pitt, Morgan Freeman, and Gwyneth Paltrow. This film is directed by David Fincher and written by Andrew Kevin Walker. This movie have a special place in people’s place because of it’s unique and bone-chilling storyline and the other reason is for it’s cinematography. Every single shot and is shot beautifully with the perfect sound engineering and gives you both eargasm and eyegasm.’ Seven’ movie takes place in the city of New York in a cold and chilly environment with occasional rain. The film tells the story of detective David Mills and his retiring partner named William Sommerset. They both try to track down a serial killer who kills people according to their Seven Sins hence the title. Without leaking much more plot of this mind-blowing movie, all we can say is that go and watch this movie and enjoy it. 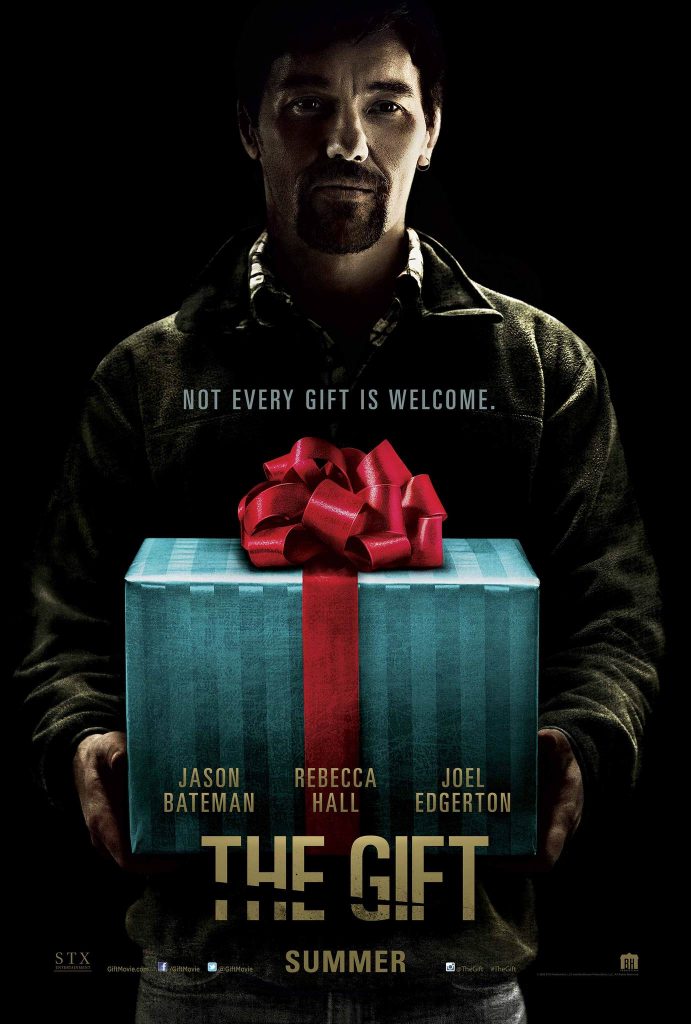 ‘ The Gift’ is another psychological thriller movie on this list. This movie has no murder, no chase scenes, and almost no action but this movie is considered in this list because of its unique plot and the end of the movie. This movie revolves around a couple named Simon and Robyn they have movies from Los Angeles to Chicago as Simon has got the promotion. Everything in their life is moving smoothly as days go in and out but their life goes straight to hell when they Gordo (he is the old acquaintance of Simon from the school), at first Simon didn’t reckon him. Now, Gordo starts to send a couple of random gifts and Robyn comes to know that something had happened in the past between Simon and Gordo, Robyn seeks the truth. She questions herself that the past bygones are really bygones. This movie is worthwhile to watch because the ending of the movie left the viewer perplexed. 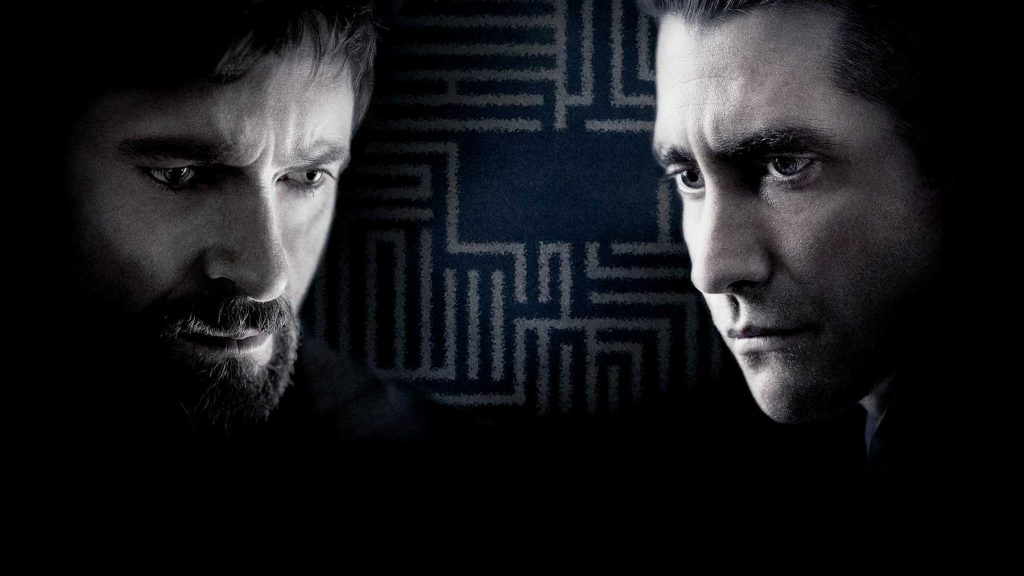 ‘ Prisoners’ is another psychological thriller movie. This movie was released in 2013. This movie is considered one of the best thriller movies to be made in the 21st century because of its unique story. This movie purely shows how the crew worked hard to get this movie right and to make this movie a masterpiece.’ Prisoners’ is directed by Denis Villeneuve and is inspired by the screenplay, which is written by Aaron Guzikowski. This movie stars amazing actors, and they are Jack Gyllenhaal, Hugh Jackman Vola Davis, and many others. Kelley Dower (this character is played Hugh Jackman) is facing one of the worst nightmares a parent can face, which is that his daughter of six years old has gone missing with her friend. The movie quickly starts to pick up the pace as the plot moves forward. Kelley Dower, along with a detective (which is played Jack Gyllenhaal) they both try to uncover the truth like, who did this unfathomable crime? and where are the children?. With a chilly environment, this movie does not skip a beat to give you shivers, and ‘Prisoners’ contain too many twists, and therefore it forces the viewer to think where the plot is leading to and where this movie will end. All we can say is that grab some popcorn and enjoy this amazing movie, which leaves you perplexed at the end. 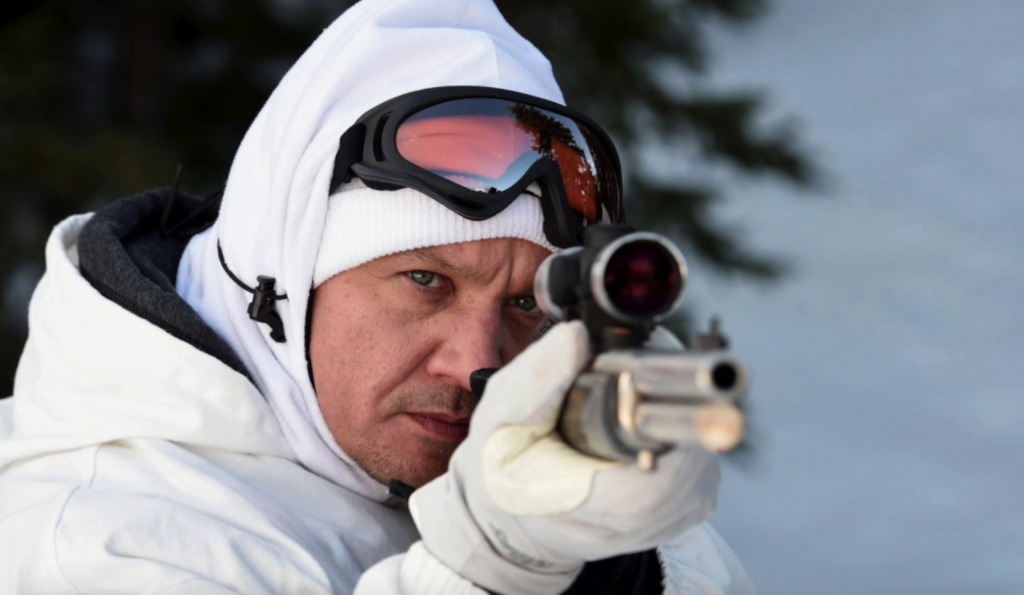 ‘ Wind River’ is a 2017 neo-Western murder mystery film that is written and directed by Taylor Sheridan. This film stars Jeremy Renner and Elizabeth Olsen as a U.S Fish and Wildlife Service tracker and an FBI agent. Over the top, this is an American movie and another unusual performance. The storyline almost lacks any intrigue, but the film attracts attention with its aesthetics. This movie revolves around two characters named Cory Lambert, played by Jeremy Renner and Kane Banner, which is played by Elizabeth.

One day Cory finds the dead body of a native American girl in the middle of Wyoming native wildlife reserve. He contacts the police. FBI is Involves in this homicide too. Now, Cory and Kate, who is from the FBI, tries to solve this murder mystery, but Cory is struggling with his past. He tries to solve this mystery in hopes to resolve his internal struggles. This movie is truly considered as a piece of art, and this movie creates a connection with the viewer to the fictional characters, which is rare these days.