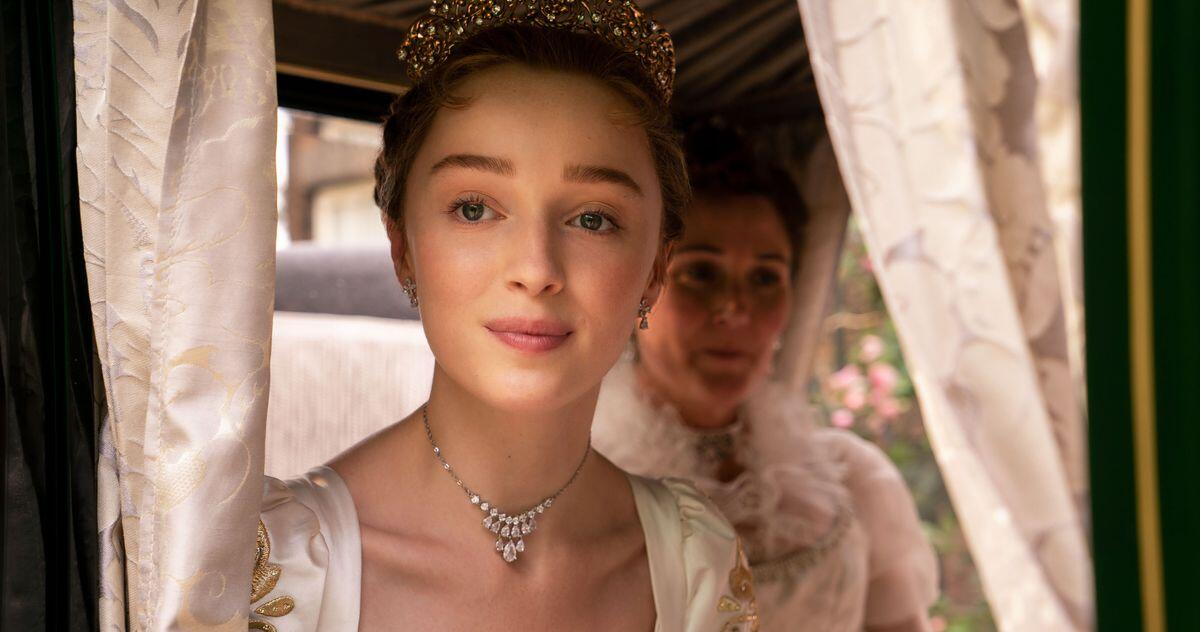 Shows Like Bridgerton: Finding a true soulmate is a long route sometimes; one needs to go through the world to find it. And nobody knows who it could be. The beauty of romance is its effect. The romantic shows and movies fill the heart with warmth and hope. But there exists a long story behind a bond that remains strong forever. The Netflix show Bridgerton has a similar effect and something that never fails to satisfy a large part of people. Bridgerton was premiered on 25th December 2020.

Bridgerton is a show with the background of 19th century London where elite classes were regressive. Having the mindset of only marrying those who were from their own elite class. They used to have a competitive marriage market where one has to choose their partner. However, these markets are used only to have elite people and families. There were judgments and tantrums and everything one can expect from reasonably super-rich class people. Daphne Bridgerton is the eldest daughter in the Bridgerton family. She is taken to the marriage market; being astonishingly beautiful, she was unrivaled. Her older brother starts to rule out all the potential men who could be with her. After going through various characters and incidents, she founds someone who suits her. The most eligible and desirable Dukes of Hastings. They get engaged in all the trouble while going through all society’s prejudices and expectations.
The show is basically adapted from Julia Quinn’s best-selling Bridgerton. The show, with its aesthetics and beautiful scenery, is a blessing to the eyes. Everyone looks perfect in their attire. The 19th century London is definitely showed in a great manner. 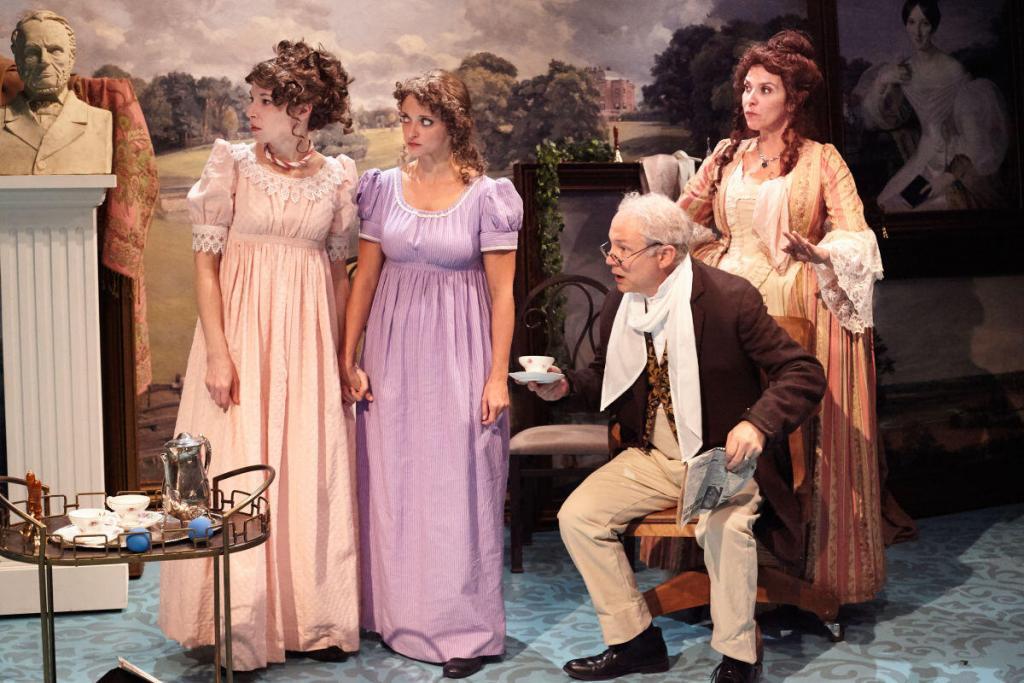 Based on an 1813 novel by Jane Austen with the same name, a British Drama series that was released in 1995 by BBC productions. The show had six episodes. Directed by Simon Langton and produced by Sue Birtwhistle. The story is set in the 19th century, with romance, marriage, family, and values to show various situations when love is developing between two people. The story revolves around Elizabeth and Mr. Darcy, who go through series of events that made them fall in love. However, they both have totally different upbringings and family thus;, they go through tough circumstances to be together. The movie was also released as a movie in 2005 and was a success. It an iconic show to binge-watch. 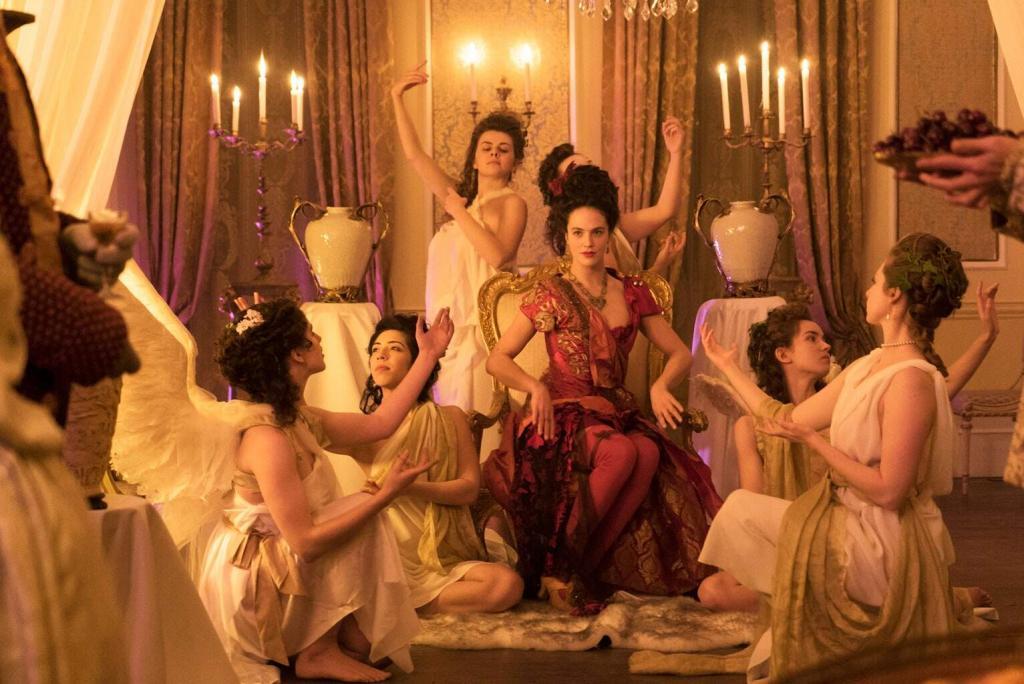 Harlots is the very heartwarming and melancholic struggle of a brothel owner and her struggles. It was the story in 1763 London when women did not have any choice apart from being a sex worker and marrying someone. Margaret Wells is a brothel owner who wants to improve her family’s life by moving to Greek street in Soho. Along the path, she has to face her rivals and take care of her children no matter what. The long-running series takes a deeper look into the old profession’s life, destigmatized and normalized to empower the perspective. Apparently, the show had three series which ran during 2017, 2018, and 2019 continuously. It is a British-American period drama by Allison Newman and Moira Buffini. The show was inspired by British Historia Hallie Rubenhold named The Covent Garden Ladies. 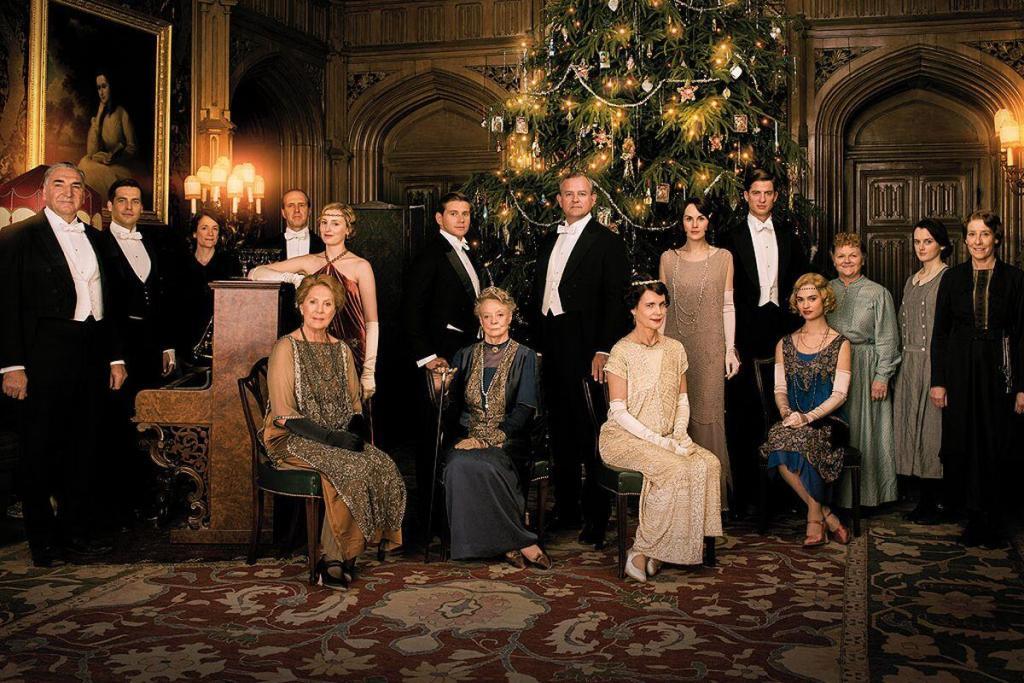 It is long-running Television series that started airing in 2010. This had continuously produced 6 series and a movie in 2019 with the same name. The series is set in the fictional Yorkshire country state of Downton Abbey, where the aristocratic Crawley family and their servants In the post – Edwardian era. The first series is taking place before the first world war, beginning with the Titanic sinking. Their lives get affected by all the incidents that take place in the country. Every character is unique and has one or the other secrets revealed during the show’s course. There are scandals, heartbreaks, love affairs, and various situations that these characters go through and develop over time. This is the reason why the show is long-running and has a huge viewer base. The people living in the upper level of the house are actually the owners and elite family, while in the same place, the people living on the ground floor are poor servants. The interaction between them and how their life is effected throughout the life is what this series is about. 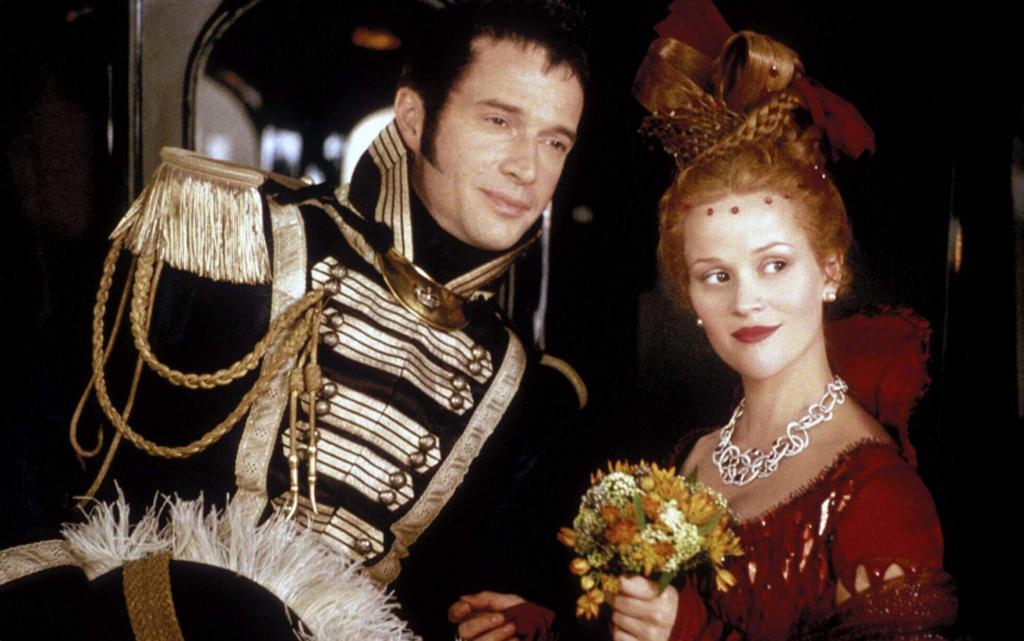 William Makepeace Thackeray’s 1848 novel with the same name has long been admired for its satire on the old and elite London, often referred to as the Regency era .2018 seven-episode series adaptation turns the satire and scandal riding huge waves along with the depiction of the storyline. The lead, Becky Sharpe, tries to go way up the social ladder with her immoral ways. This character is one of the most memorable characters of Thackeray’s novel. Her life is filled with various shades, and her constant fight against her poverty and ways to adapt through the world to be a part of elite society is admired the most. It is a historical drama, produced by Mammoth Screen. It takes a different view of Bridgerton, where an outsider wants to be a part of everything and get it through any manner possible. It features Claudia Jessie, aka Eloisa Bridgerton.

READ MORE: Top 5 Anime Similar To Log Horizon That You Should Be Watching 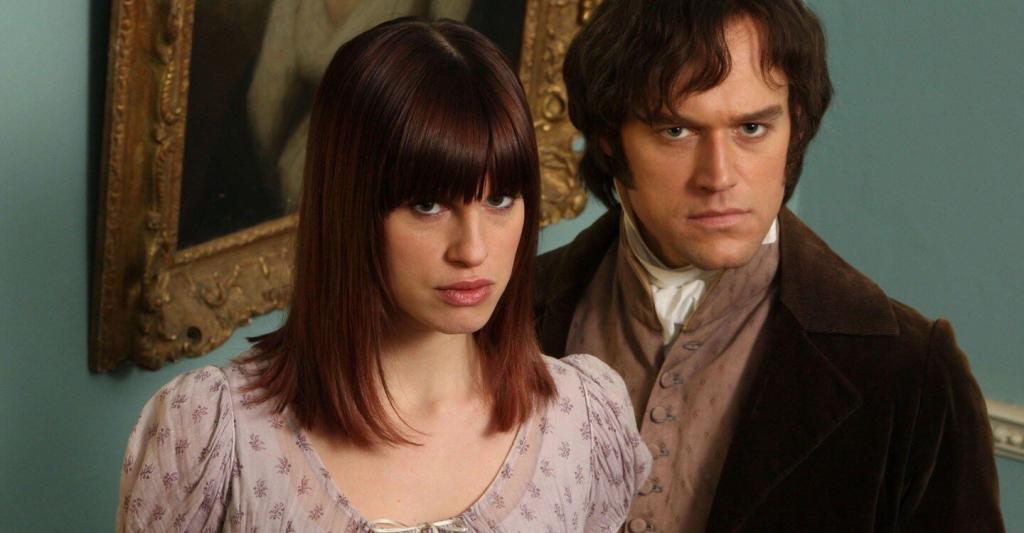 Lost in Austen is the story of Amanda Price, who is in love with Jane Austen’s world in the novels and wants to somehow live in it. A modern world is not suitable for her. So she escapes this world by opening the book and leaving everything behind, and dive deep into every possible unique place she can visit in her dreams. But one night, she opens a mysterious door in her home, which leads her to another world. To her amazement, she reaches her favorite world of Pride and Prejudice. Amanda gets startled to meet the novel’s protagonist Elizabeth. Her apartment, which leads her to this discovery, leads her to another accident, which turns her world upside down. Eventually, she gets trapped in Elizabeth’s world, and Elizabeth remains in the modern world. She goes on to find a way to escape, but no matter what she does, her troubles increase. It is a British Television series that premiered in 2008. It is more of a fantasy-comedy-drama show, written by Guy Andrews and directed by Dan Zeff. Amanda tries every possible way to return to her world, but things always end up disastrous. There is a whole lot to watch in the series; it is interesting enough to keep you on your sofa till it ends. 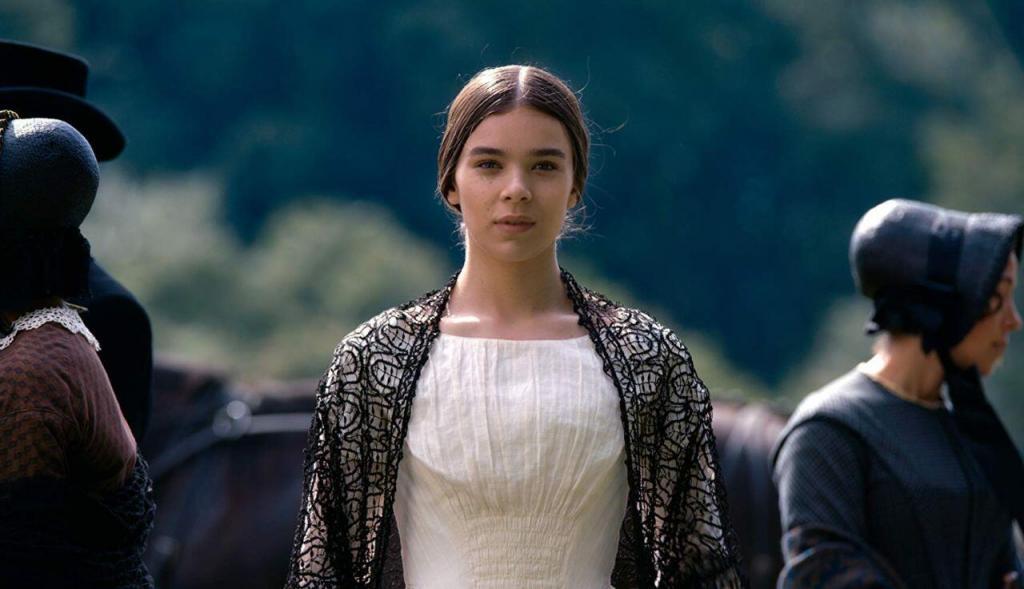 Dickinson is a 2019 series starring Hailee Steinfeld. It is the story of a young writer named Emily Dickinson. Emily Dickinson is a renowned American poet. She is a young and dynamic poet. Since she has a different way of understanding and perspective of life, she never fits with her world. Her journey towards her goals and dreams is what this show is focused on. One of the major plots is her family, as she wants to move away from all the hectic life and write her heart out, but she could not express this to her parents. Emily has a best friend, Sue, who is her love interest, and during that time, it was actually a bizarre thing. Emily’s brother once proposed to Sue, due to which she gets a little jealous. But their relationship continues. Her parents live here, but the conditioning of the society is not something that Emily ponders about. Her inspirations, imagination, and creativity with her struggles along the journey in life are what the television series offers. 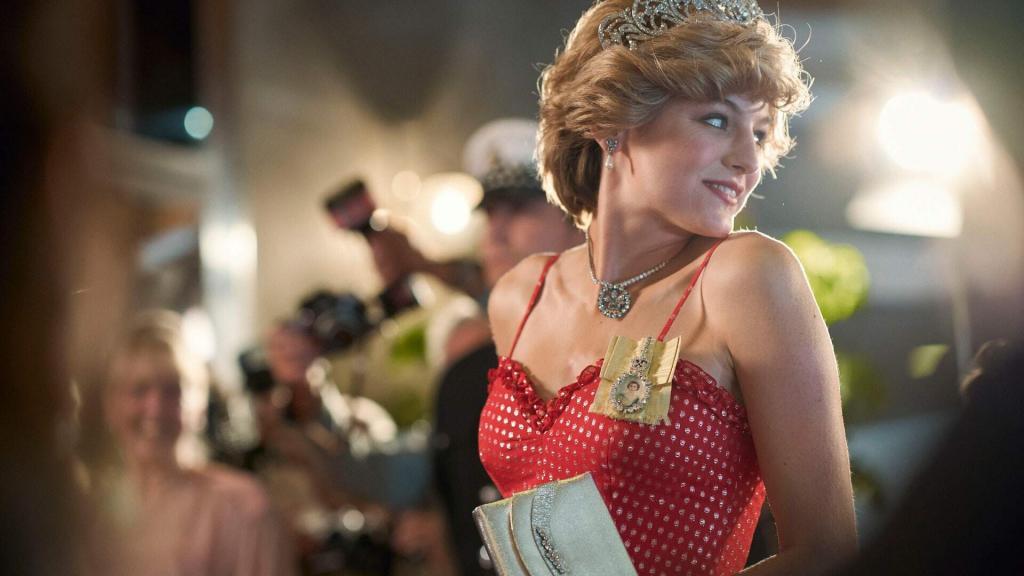 The crown is a series based on Queen Elizabeth’s real-life, starting from the day of her marriage with Philip, Duke of Edinburgh, in 1947 to the 21st century. The first season is focused on the events starting from 1955 when Winston Churchill resigned as Prime minister. While in the other hand, Queen’s sister denies marrying Peter Townsend. The second season begins with the Suez Crises and the birth of Prince Edward in 1964. The third season covers a long period of 1964 to 1977, which ends with the queen’s silver jubilee. The fourth season also depicts Lady Diana Spencer’s story as well as princes William and Harry. The series is a huge success. And is a must-watch due to its authenticity? Everything is kept as it is, the roles played by every person was perfect. Aesthetics in the English Queen’s life, as well as their role in the time of crisis, are all completely covered with every important incident that took place in that time. 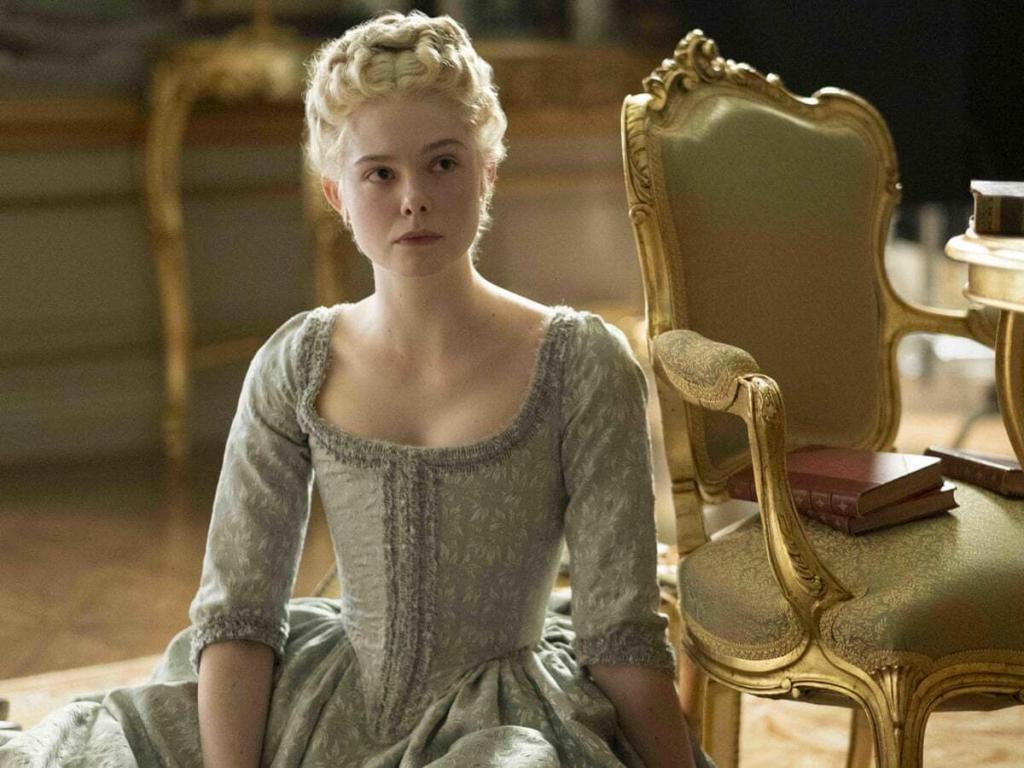 The Great depicts the rise of Catherine the Great, Empress of All Russia. The Great is a fun satirical story about the rise of Catherine the Great, being an outsider who becomes the longest-reigning female ruler in Russia’s history. The most astonishing part is the murder plot that was being conspired behind her back after her marriage with Emperor Peter lll. However, it might seem that the series is loosely a conspiracy story, but it is a dark comedy American show. It is created by Tony McNamara, which premiered in July 2020 on Hulu. The show is flattered by those who have seen it. 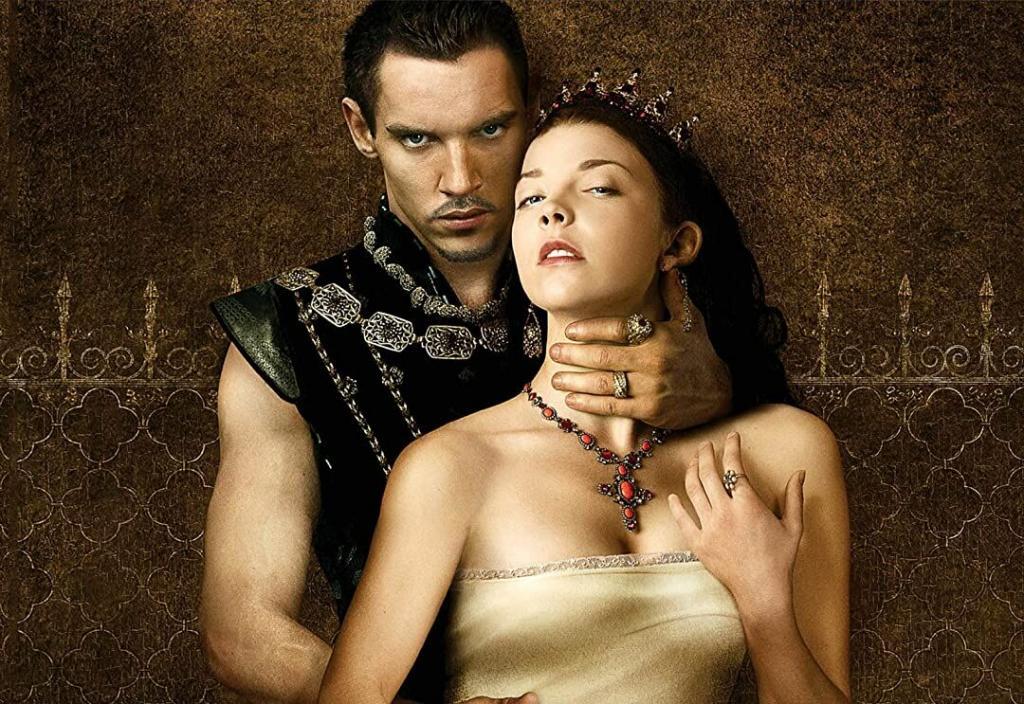 The Tudors is a historical drama with four successful seasons that mainly focused on Henry VIII’s life and his reign as King. The responsibility that he has to take. The tough decision of his life. All are shown with various characters around him. International affairs, personal affairs, and the bureaucracy. This series was an American, British, and Canadian producers collaboration, which was shot in Ireland. It is named after the Tudor Dynasty. There are lots of plots and characters that can be intriguing for audiences. It is a great series to watch, which will take you to the series of lies around him, the wrongful acts being ignored. Everything which will keep you awake for the binge-watch. It is written and created by Micheal Hirst. 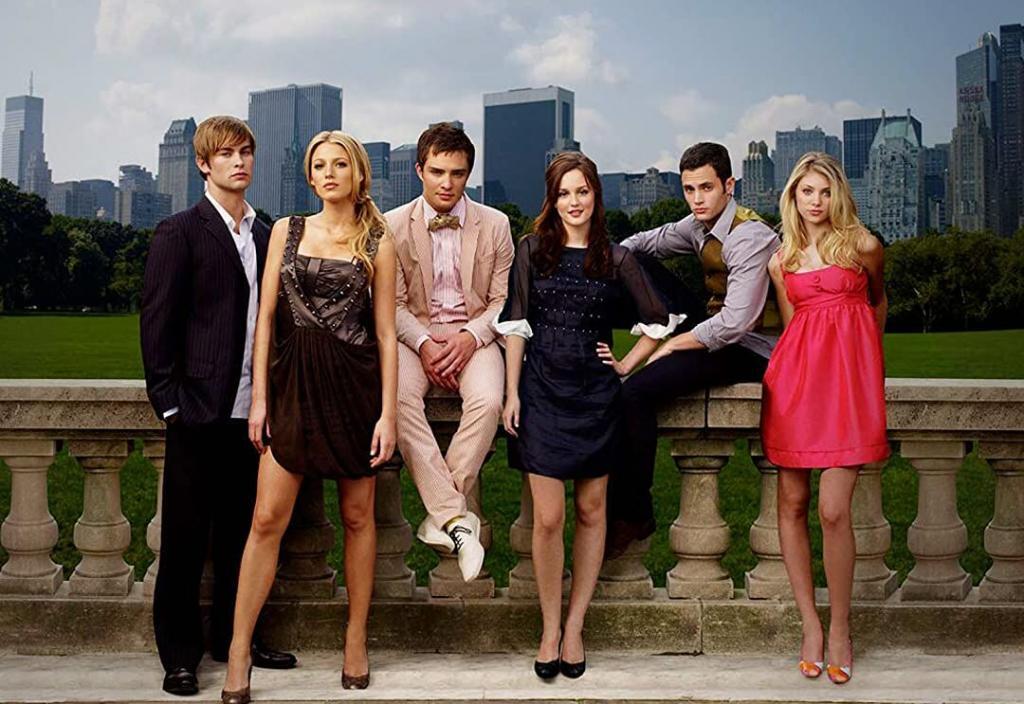 An insanely popular American television series with 6 seasons, it is a teen drama based storyline. It is the story of the young and elite. It is the story of Serena, who has returned from her boarding school. There she finds out that Blair rules the elite private school of Constance Billards. Tensions and ego clashes occur between friends. Blair being stubborn, never wants to leave the Queen bee zone. With all secrets, drama, and scandals, Gossip Girl is never behind. A blogger loves the scandal and the lies, and she reveals them on her blog, which becomes popular. The series is definitely a must-watch and will keep you entertained through twisting storyline and unpredictable events. It was first aired in 2007.

These Show Like Bridgerton is a must-watch for you.